For the first time since the WIAA went to four classifications, Clark County has four girls soccer semifinalists.

Camas is in the final four in Class 4A. Prairie is there in 3A. They both will play final four matches Friday and Saturday at Sparks Stadium in Puyallup.

Columbia River is in the final four in Class 2A and King’s Way Christian is playing in the 1A semifinals. Those teams are in Shoreline for their matches Friday and Saturday.

Players and coaches have to concentrate on their own matches, but they also are supporting their neighboring schools.

Here are some notes on how each team got to the final weekend of girls soccer.

This is the fourth consecutive trip to the final four for the Papermakers, but this was no guarantee, no lock.

“Honestly, this year we didn’t think we’d make it this far,” said senior Justine Pauly, noting the many seniors the team graduated from last season. “As a captain, I wanted to lead the team and have fun along the way.”

“We knew we were going to have to work for it,” Pauly said. “We wanted to go back. We’re really excited to make it to the final four again this year.”

Key for this group is communication, Pauly said. A quiet team, especially early in the season, these Papermakers had to learn to get loud on the field, help each other out on defense. Pauly said the connection improved throughout the season.

Last week in the quarterfinals, coach Roland Minder told the team at halftime that it was the best half he has seen in a long time.

It was not a perfect match for the Papermakers, though. Pauly said they struggled in the second half. But it was a win.

“After the clock ran out and the whistle blew, we were all so excited to play at Sparks Stadium,” she said of the home of the final four.

“We were all super, super happy and proud of each other,” she said.

The Papermakers are already motivated, but they have another thing on their minds. This is Minder’s last weekend as coach. A legend in Southwest Washington high school sports, he announced earlier this season that this would be his last.

Malaika Quigley had a storybook ending to Prairie’s quarterfinal victory that pushed the Falcons into the semifinals.

She is the team’s goalkeeper during penalty kicks. Plus she is a threat on offense. Quigley ended up getting the winning goal after stopping two shots in net as the Falcons defeated the defending state champions from Mercer Island.

Quigley said she normally knows exactly where her team stands in a penalty kicks, but before she took her shot, she wanted to make sure. So she asked the official.

“Where are we at?” she asked the referee.

“You make this, you win,” was the reply.

“Oh my gosh, that was a little nerve-racking,” Quigley said. “They had a huge student section. They were screaming. As soon as it hit the back of the net, that totally shut them up.”

Her teammates rushed in to celebrate.

“That was an awesome moment,” Quigley said.

It is the first time since 2010 that Prairie has reached the semifinals and just the second time in program history. 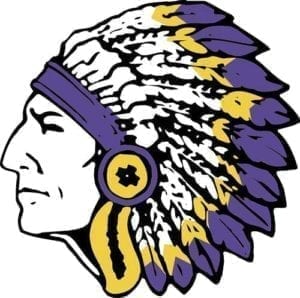 Make it three in a row for the Columbia River Chieftains. They won the Class 2A state title in 2016 and finished second last year.

This was not a typical Columbia River trip to the final four, though. The Chieftains finished second in the 2A Greater St. Helens League.

“We were doubted by people outside the team and inside the team,” senior Liz Canton said. “I don’t think anybody thought we were going to make it this far. Once we figured out we had a chance to get this far, we worked our butts off.”

Canton acknowledged the team had some rough outings early in the season. The squad made some changes on defense.

“Obviously we knew how to score. What we really needed to focus on was our defense,” she said. “Once we had that figured out, we were off to the races.”

The Chieftains have five consecutive shutouts in the postseason.

Canton said team chemistry has been off the charts.

“We wanted to extend this season for as long as we possibly can. It’s always good to like your teammates,” she said. “You want to lay with them for as long as you can. You are playing for each other.”

Speechless at first. That is how the Knights described the feeling. They had just won in the quarterfinals last week, making it to the semifinals for the first time in program history.

She knew one thing: “We were so happy.”

Next stop is the final four.

“We’ve worked our butts off all season. It feels so awesome to finally be here,” Ellertson said.

The Knights left for Shoreline on Thursday. They had a team dinner at Olive Garden to “carb up” for the big weekend. They are just thrilled to be together for two more matches.

“It’s our family vs. their team. We are such a big family,” Ellertson said. “We love each other and we work for each other. It’s hard work, but we enjoy it so much.”