While acknowledging the timing of a major change might not be ideal to some, Ridgefield High School officials are looking forward to a fresh start for its football program. 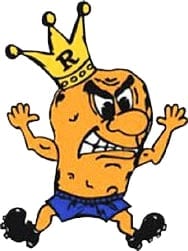 Chris Abrams, who was an assistant coach with the program last season, has been named the interim head coach and will lead the Spudders during the 2018 campaign. The school parted ways with coach Kim Ulman last week.

“Football is a great game, but football is to be used to understand the bigger picture … as a tool to teach life lessons and build men of character.”

Shipley’s first day as the school’s AD was Aug. 1. She made her decision to make a coaching change a few days later.

“There were many factors to take into consideration when determining the future of the program,” Shipley said. “In the end, when looking at Ridgefield football, I decided to go in a different direction.”

The Spudders won their first game of the 2017 season before losing their final eight games, finishing last in the Class 2A Greater St. Helens League. Ridgefield went 4-5 in Ulman’s first season.

Ulman is a full-time teacher at Mark Morris High School in Longview and also coaches golf there in the spring. An attempt to reach Ulman was unsuccessful.

“I wish him well in the future,” Shipley said.

Abrams said Ulman has been gracious during this transition.

“Kim’s been supportive through the process and handled it with a lot of class and dignity,” he said.

For Ridgefield, attention has turned to this season and beyond. The first day of practice is Wednesday. Abrams, a father of five, is the coach right now.

“I just love the game. Having five sons, it’s always been a part of our life,” Abrams said.

He and his coaching staff met Thursday night to come up with a plan for practice and set some goals for the season.

“I’m just glad the majority of the staff will be there with me,” Abrams said. “They’ve been very supportive.”

Shipley added that the district also has openings for a full-time and part-time assistant coach in the program.

As far as the head coaching position, it will become open again after the season. Shipley said she owes it to the Ridgefield community to give a proper search at a better time — not in August just before the start of the season.

Ridgefield is an “up-and-coming” community, Shipley said, which should attract a number of qualified applicants.

“May the best candidate get the position,” Shipley said.

Abrams is aware of the situation and understands. He said he hopes to make progress with the program this fall and he wants to earn the long-term job, as well.

There were multiple candidates for the interim position.

Abrams earned this opportunity due to his “character and passion and love for the game,” Shipley said.