Jalynnee McGee has big personal goals, but team performance is the priority

VANCOUVER — They have to get back to November.

That’s it. That is the mission for the Skyview Storm. 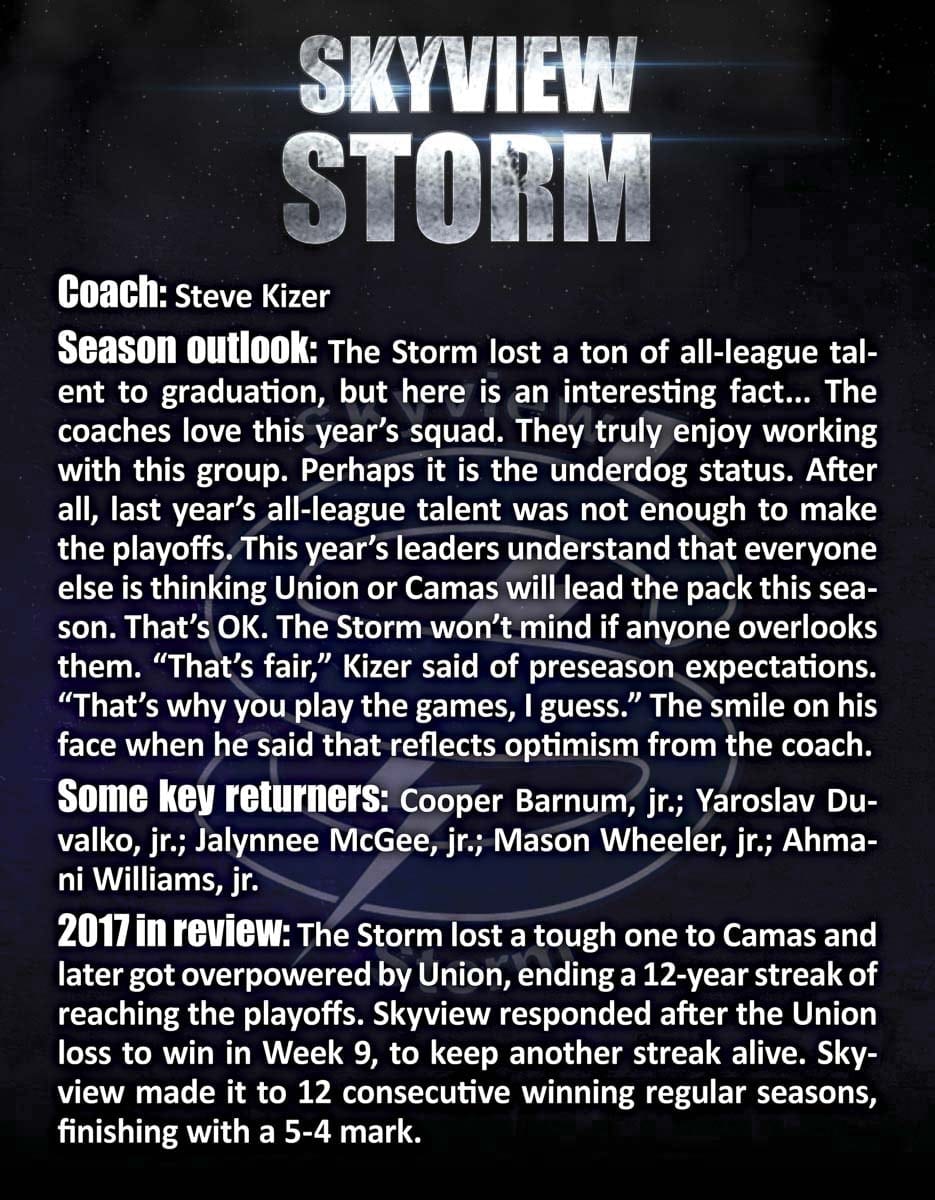 After all, the team had made the playoffs the previous 12 years, one of the best streaks in Clark County history.

It all ended, though, with losses to Union and Camas in the Class 4A Greater St. Helens League. Only two teams made the playoffs last year.

Junior running back Jalynnee McGee said he and his teammates will be doing everything in their power to get back to November.

“Redeem ourselves from last year. That playoff streak? Start it up again,” McGee said. “We know, we all know, we should have made the playoffs last year. And we all know what we need to do to get back to that point.”

That “should have” still hurts the Storm. It was the Camas game. The Papermakers would go on to win 38-20, but there was a crucial 14-point swing that could have gone either way, and the Storm suffered two key injuries, including one to McGee. In a half of football, McGee had rushed for 140 yards. He did not play in the second half.

“It was horrible,” McGee said. “I was constantly going up to the trainer, ‘Can I keep playing?’”

The answer was no. A shoulder injury ended his night. Two weeks later, Union ended Skyview’s streak with a no-doubt-about-it victory.

“It shows us no matter how good we think we are, we still have to be in the weight room getting better,” McGee said.

That has to be the same approach even though the postseason set-up has changed this season. Instead of two 4A GSHL teams making the playoff like the past two seasons, three will make it to Week 10 in 2018.

No one at Skyview wants to rely on finishing third, though. Oh, the Storm know that many fans expect this will be Union’s year again. Or Camas might get back on top. The Storm understand the challenge, and they are up to it.

“We’re not going to cower because we know it’s going to be hard,” McGee said. “We hear the chatter. It motivates us to go out there and win.”

He is motivated to have a historic season. McGee was on his way to a 200-yard game against Camas last season before the injury, a mark he has not reached as a varsity football player. Which makes his goal for 2018 to be so … so … out there.

Will that happen? Can it happen? Honestly, that final number does not really matter to McGee. The target is enough to keep him focused.

“I’m raising the bar higher than expectations in order to push me,” he said. 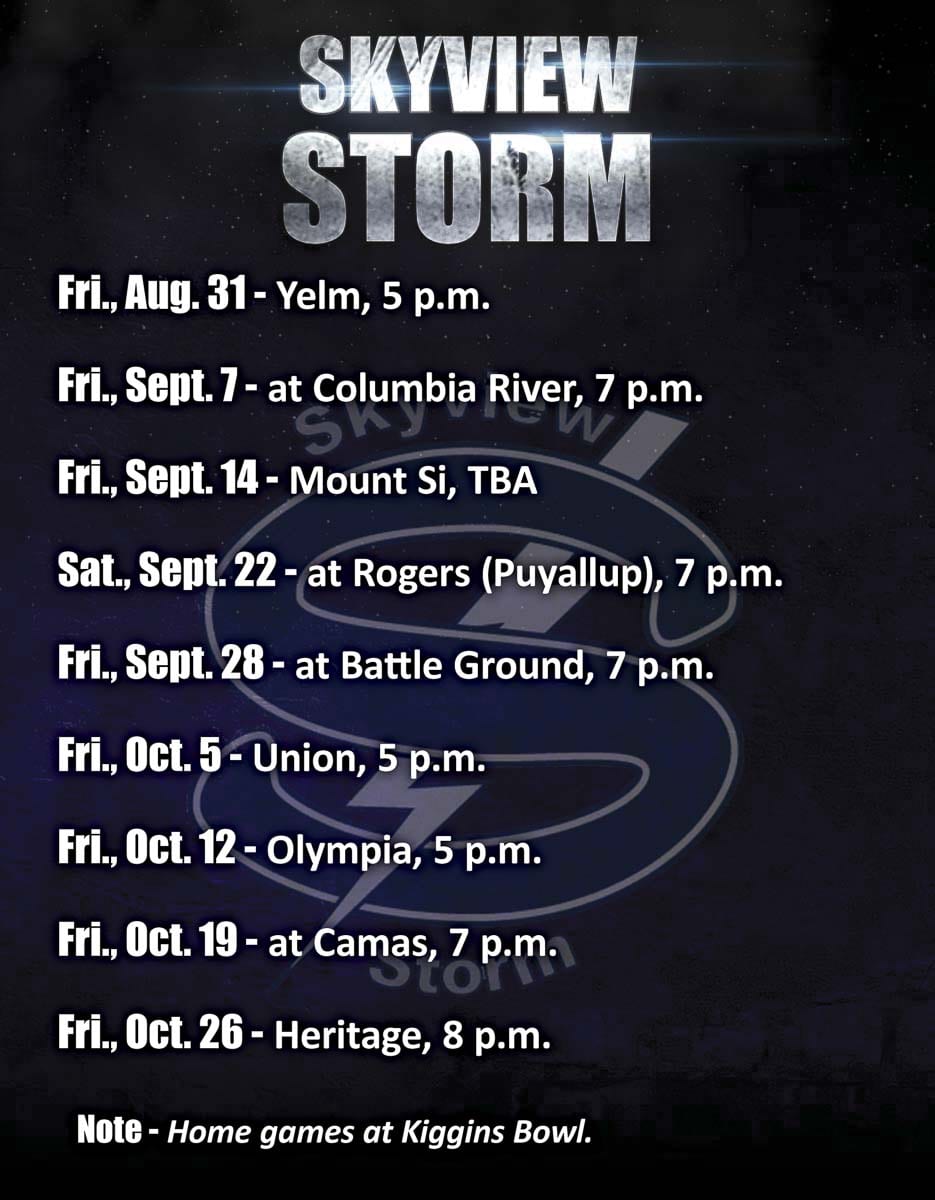 McGee also will be expected to shine on defense, too. He said plans are for him to play cornerback this season.

“I want to keep my side locked down,” McGee said. “Anything that comes my way, I want to pick it off or get a pass break-up.”

This summer he rehabilitated his injuries — he also hurt his knee — plus he worked out on 7-on-7 drills, trying to hone his defensive skills.

But anything for the team.

“It’s a brotherhood,” he said of the Storm. “I know if I’m down or something, I can count on the players or the coaches to help me. They know I’d help them out with anything they need. Everyone is tight. Everyone comes together to make sure everyone feels part of the family.”

That family has a need going into the 2018 season. The family needs to get back to November football.