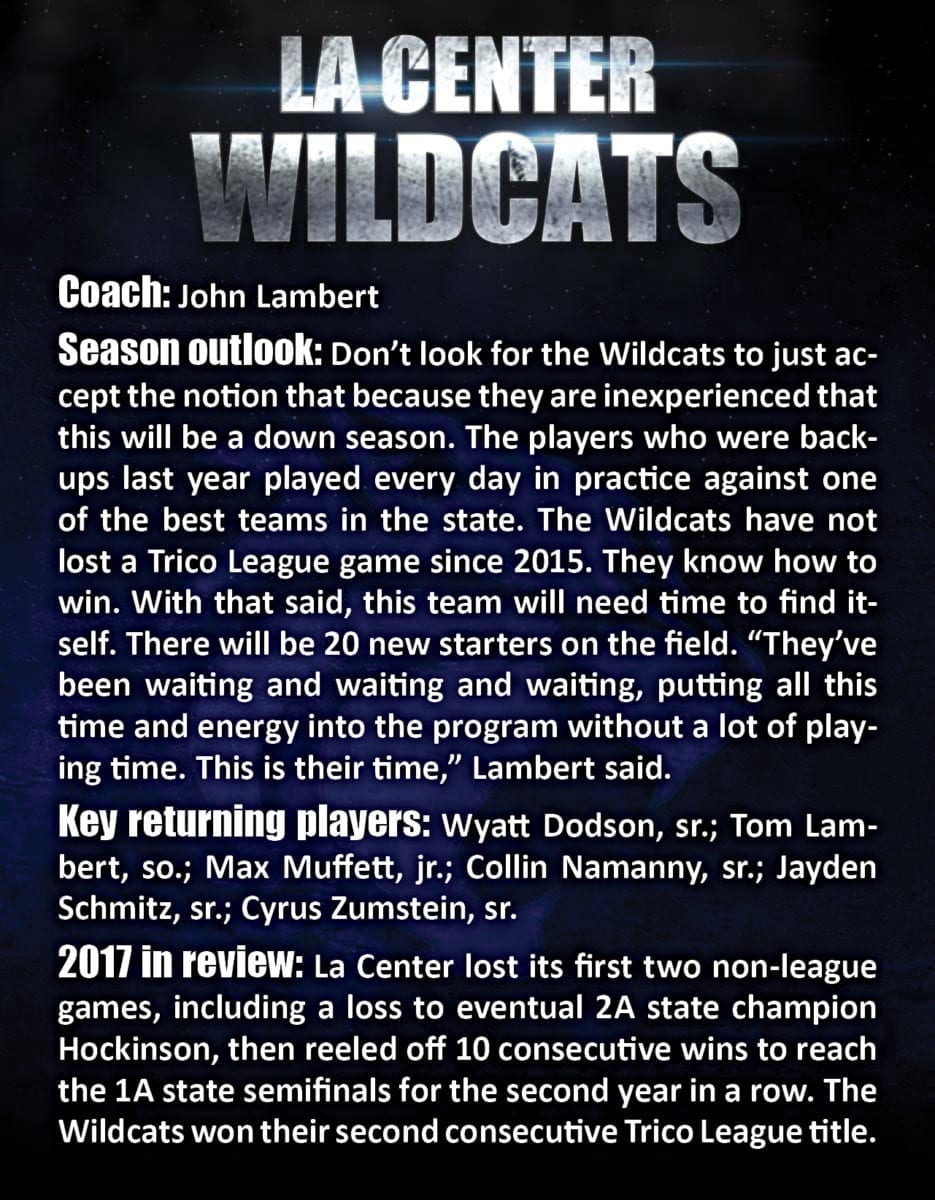 Interestingly enough, those 25 are still helping the Wildcats this season.

“They showed me how to become a leader,” Wyatt Dodson said.

The Wildcats will need a lot more leaders this season. After back-to-back trips to the Class 1A state semifinals, La Center will have a lot of new faces in big roles in 2018.

Fortunately for the Wildcats, they still have Dodson, who has been making key contributions since his sophomore year. Last year, he was the team’s leading rusher, although that was not the plan going into the season.

An injury forced him to be the go-to guy in the ground attack — the centerpiece of the La Center attack.

This season, though, Dodson wants to lead.

“It goes back to integrity,” Dodson said. “Do what you’re supposed to do, even if no one is looking.”

Dodson and Collin Namanny are the lone returning starters from the 2017 season. By default, that makes them leaders. Dodson wants to make sure they lead the right way. So he is reminded of how the older players treated him when he was younger.

As a sophomore, he acknowledged he was restless in team meetings. A year ago, he learned the value of listening. That, he said, made him a better player.

He also wants to carry on another tradition at La Center. It is the job of senior football players to encourage younger players.

“Pick-ups only. No put-downs,” Dodson said.

Positive reinforcement is key, especially for a relatively new team.

“I’m not really sure what we are capable of just yet, but from what I’ve seen, we could be pretty good. We’re quick learners. We were shaky at first (at team camp) but by the end, we were making lots of plays,” Dodson said. “Our players are good. Just not as experienced.”

Every player has to start somewhere.

Dodson got some good varsity looks during his sophomore season. Last year, he was expecting to get more carries, but after a preseason injury to another running back, it turned into getting most of the touches.

He rose to the occasion, leading the Wildcats with more than 1,500 yards rushing. But it took a bit of a toll.

“Not going to lie. It was a lot harder than sophomore year, the constant hitting,” he said. “It made me tougher.”

It also showed him that he needed to work even harder during the offseason, building his body to prepare for the punishment.

Now that practice has started, he is truly in his element. He does not just love the games, but he loves preparing for the games.

“What you put into practice is what you get out of in the games,” Dodson said. 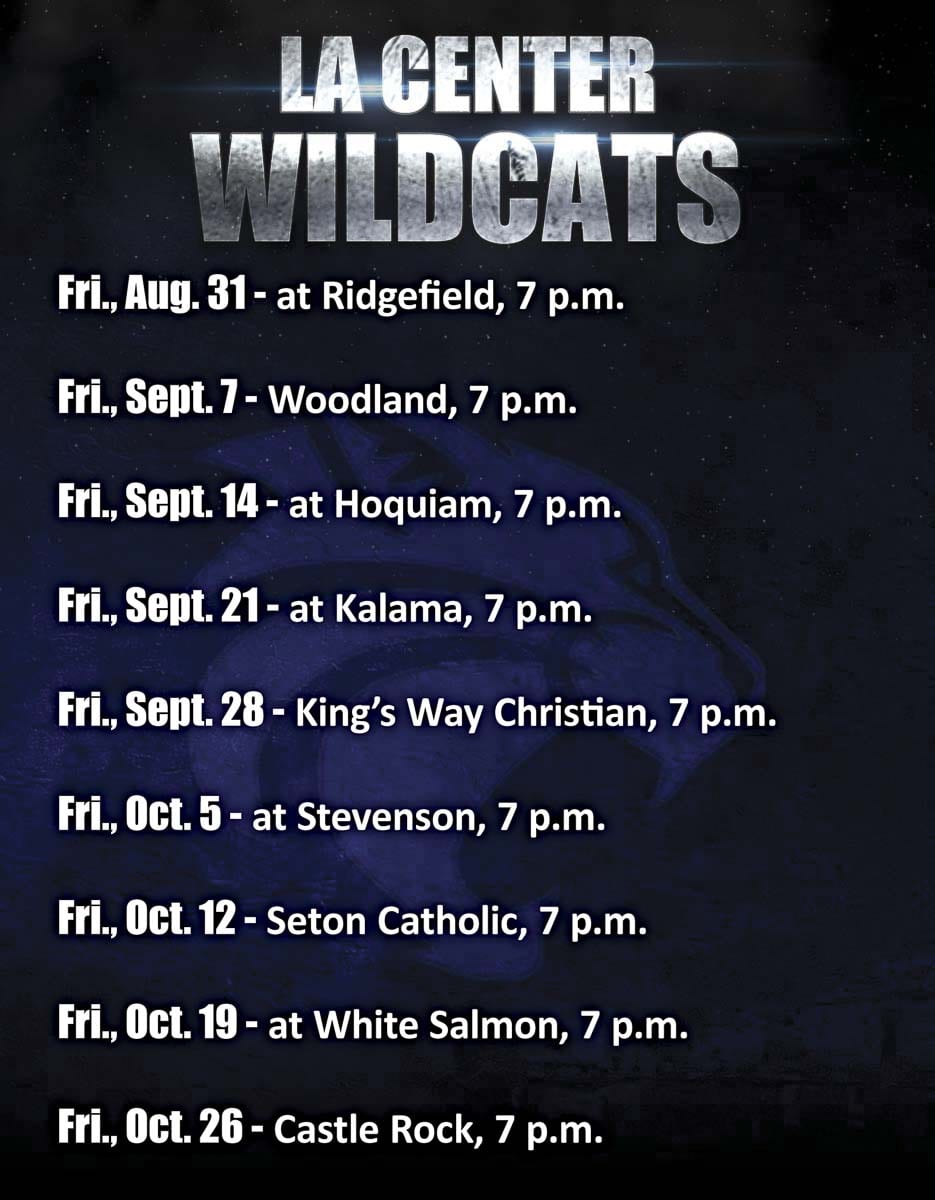 This season will bring a new position for Dodson on the other side of the ball. Not known for his defense, another injury forced him to play linebacker for most of last season’s semifinal game. This fall, he is moving to safety. In his final season with Wildcats, he will be a true two-way player.

“It’s going to be a challenge,” Dodson said. “That’s what football is.”

Sounds a lot like a leader, someone who appreciates the game.

“I pretty much live for it. You’re out there with your friends, the excitement of Friday nights,” Dodson said.

At the same time, he does not feel too much pressure.

“Win or lose, it’s football,” Dodson said. “I’m playing it because I like the sport.”

He hopes to play in college, as well, although those plans are not finalized. Instead, his focus right now is one final season with La Center football, pretty much a whole new team with a couple new leaders.

“Just give it everything,” Dodson said. “It’s my last year. Let’s try to do what we did last year, but better.”