Logan DeGrandpre, back from knee injury, stands tall with his teammates 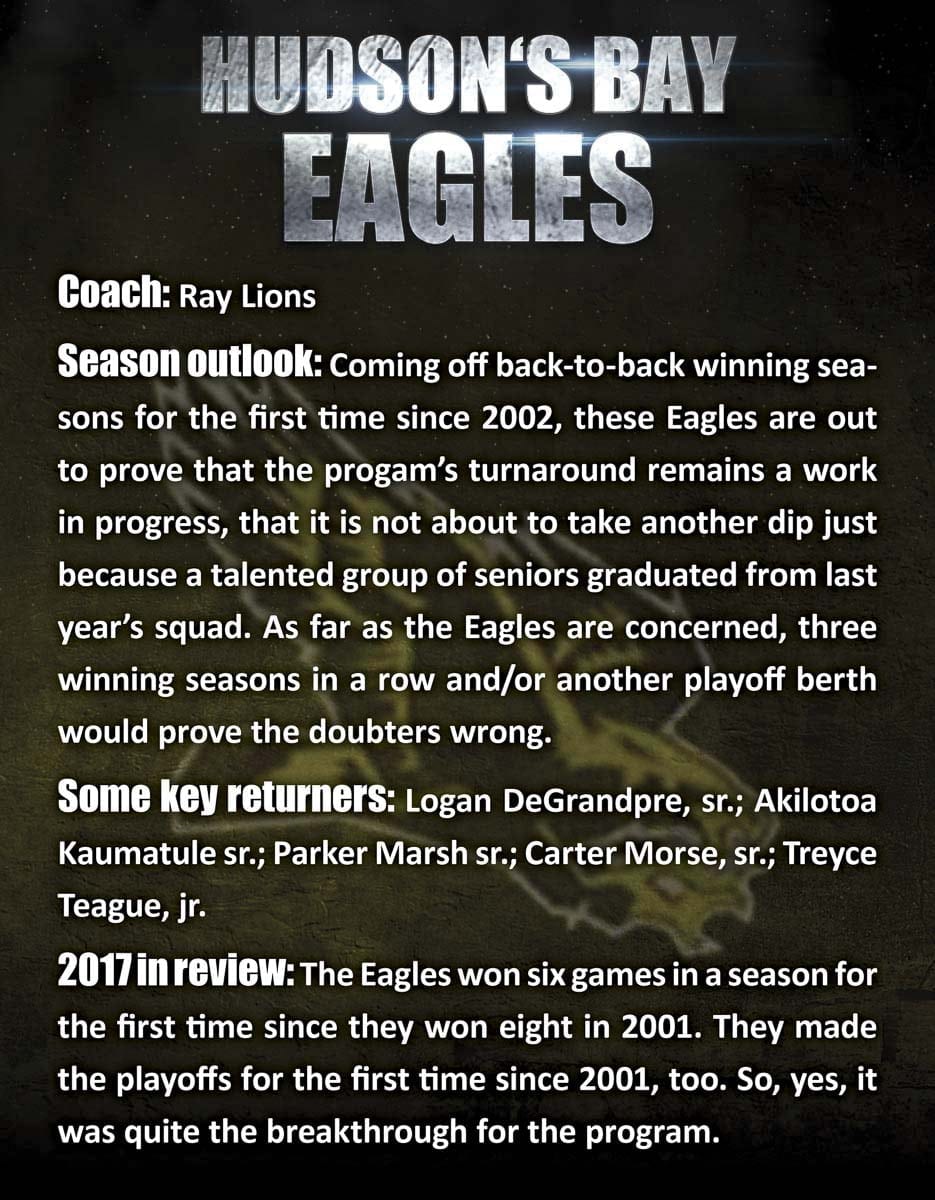 They had made it, the postseason. For the first time since 2001, the Hudson’s Bay Eagles were in the football playoffs.

It was supposed to be a night of celebration, win or lose.

Unfortunately for offensive lineman Logan DeGrandpre, the night ended way too early with a crushing injury in the first quarter.

“I was blocking my guy. I was just focused on my guy,” DeGrandpre recalled. “People started falling. Someone fell, helmet first, on the outside of my knee.”

DeGrandpre came crashing to the turf.

He tried to get up, but he could not. He flipped over on his back, trying to buy some time to give himself another opportunity to stand.

That is when he realized this was not a minor injury.

The medical professionals at that game were not sure of the extent of the leg injury. When they are unsure, they prefer not to move an athlete. An ambulance was called, and the game was put in a long delay, allowing DeGrandpre to process everything around him.

Not exactly how the Eagles wanted Week 10 to go, but months later, they at least get to say they made it to Week 10.

They know, after all, where they once were.

When DeGrandpre arrived at Hudson’s Bay, the Eagles had won three games combined in the previous four seasons. DeGrandpre ended up as a starter on varsity as a freshman on a team that went 2-7. The next season, the Eagles went 5-4 for their first winning season since 2002 but missed out on the playoffs due to a tiebreaker.

Then the breakthrough in 2017, with a 6-3 record and a tiebreaker win this time to take the third seed from the 3A Greater St. Helens League.

The game was against traditional power Bellevue, and no one gave the Eagles much of a chance of advancing beyond Week 10. But at least they were there.

“I was focused on we had to give it 100 percent, that we couldn’t give up,” DeGrandpre said.

He did not give up. He just could not go on anymore after the injury.

It turned out, DeGrandpre had a complete tear of his ACL and MCL and a partial tear of the meniscus. He had surgery in December.

Since then, he has been trying to follow all of the medical advice in terms of his rehabilitation. He has been cleared for drills, and he has been working on getting back in shape.

A 6-foot-3 left tackle, he played at 280 pounds last season. Today, he is 315 pounds. Some of that weight gain, he said, came from being on the couch, not moving too much soon after the surgery.

“Now I’m trying to transform it into good weight,” he said. 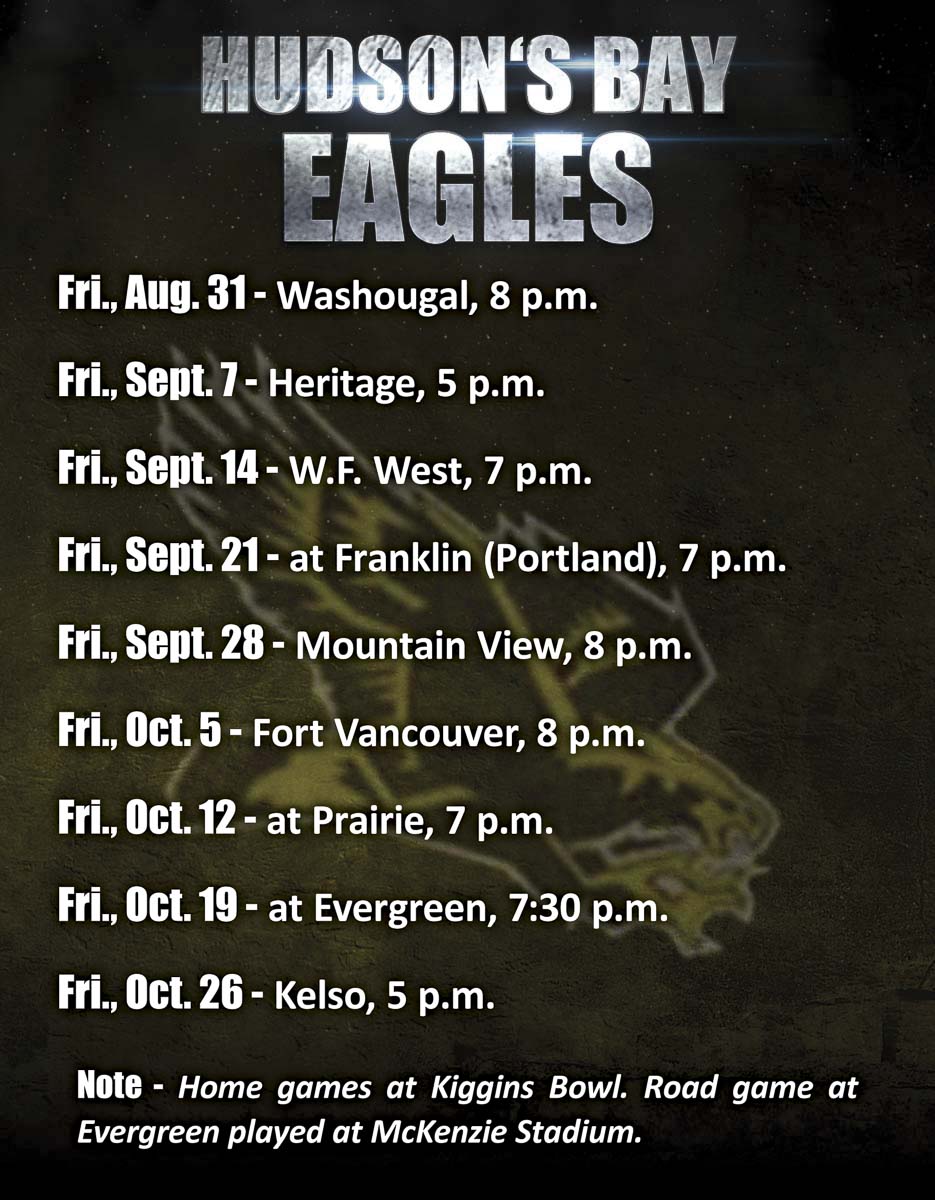 The Eagles don’t want to let down one another. Now that they have tasted the postseason, they want to keep improving.

“The goal is to be consistently making the playoffs and not taking a bad dip,” DeGrandpre said. “Stay a good team for a long time.”

Beyond high school, DeGrandpre does want to play college football. He said he will concern himself with that endeavour after his senior season, though.

He is getting healthy, and he wants another campaign that stretches into November. This time, though, he wants to walk off the field with his teammates.

“It gives me a sense of pride being a Hudson’s Bay Eagle,” DeGrandpre said. “Coming back from this injury is going to give me more self-confidence, too.”