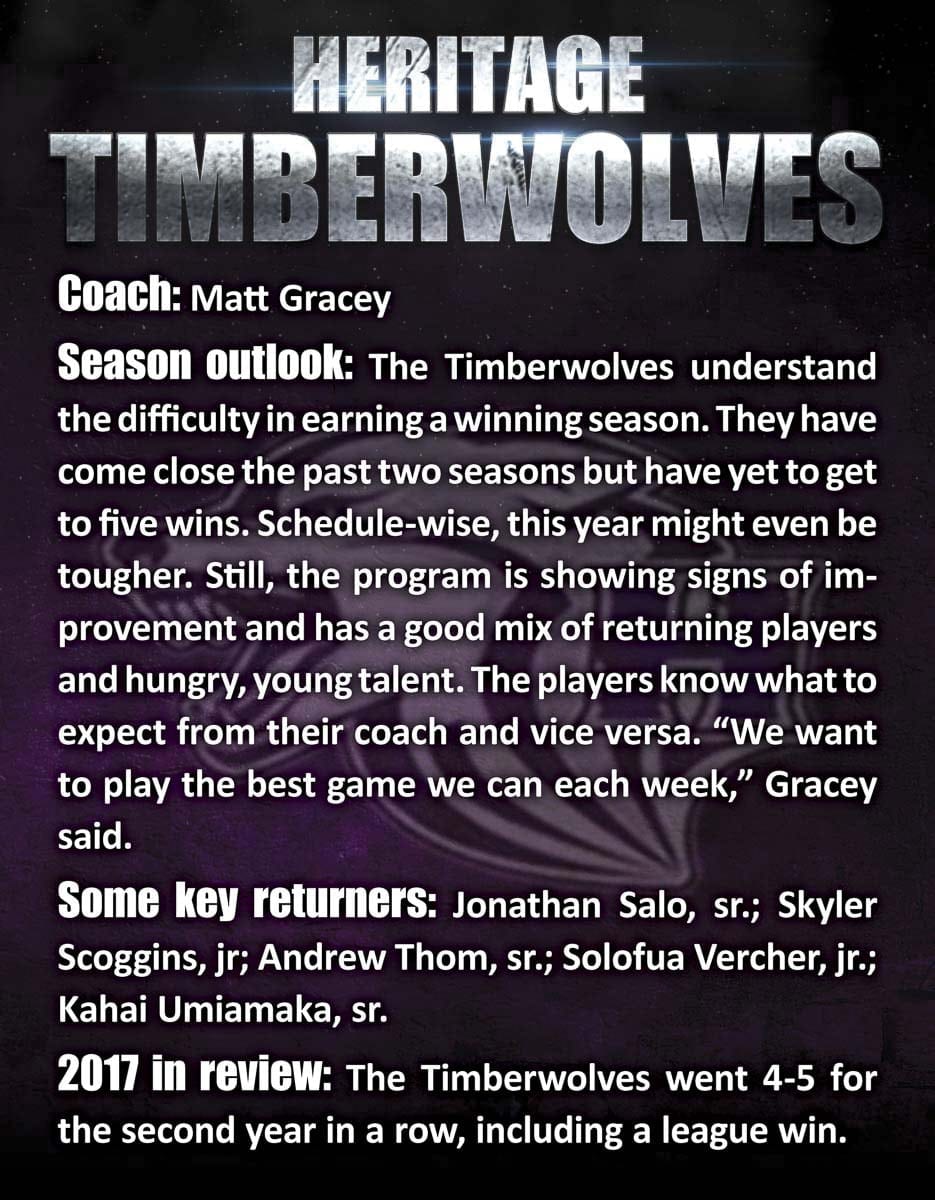 “That was pretty depressing, to be honest. I love football so much,” Salo said. “I was a little pissed off, too. Doctor said I should start to golf, try low-impact stuff. I didn’t want to play golf. I want to play football.”

A year later, Salo has returned to action, on the football field, hoping to make the most of his senior season with the Heritage Timberwolves.

“Something snapped in me,” Salo said. “I can accept this or do something about this. I had to try, at least.”

He did not know it, but Salo was born with an impingement in his hips. He always had difficulty getting in the proper position on the football field. A three-point stance was nearly impossible. He could never get parallel while doing squats in the weight room, either.

“I didn’t think anything was wrong. Just thought I had tight hips,” Salo said.

The pain intensified last summer, though. He went to a doctor.

“Do you think I can play next year?” Salo asked.

The answer, at the time, was no.

“I was pretty devastated from that,” Salo said.

He had surgery on his right hip in September, then a couple months later his left hip was repaired.

“The right hip was painful. The left his wasn’t,” he said. “The body works in weird ways.”

The boys works in incredible ways when it is healthy, though.

Salo went to work as soon as he could. Stretching. Physical therapy. Three, four hours every day. Following the advice of medical professionals. He was preparing for a football season that was no guarantee of ever arriving.

He could not live with himself if he did not try.

Months later, and Salo is asking again about his future.

“My doctor was shocked I could morph into this new person so soon,” Salo said.

Heritage coach Matt Gracey calls Salo a “player to watch” this season even though he is kind of a mystery. The Timberwolves had big plans for Salo last year as a junior. Those plans, clearly, changed. And now Salo goes into his final season without that full year of experience.

At the same time, the experience Salo did go through is really all the coaches needed to figure they have a winner.

“He is a program maker,” Gracey said. “He has come back with a vengeance.”

“I could never do that before,” he said.

“I’m way faster, too. That’s one thing I have noticed.”

All of this success in the offseason has brought a new confidence.

The Timberwolves have gone 4-5 the past two seasons. They are looking for their first winning regular season since 2008. 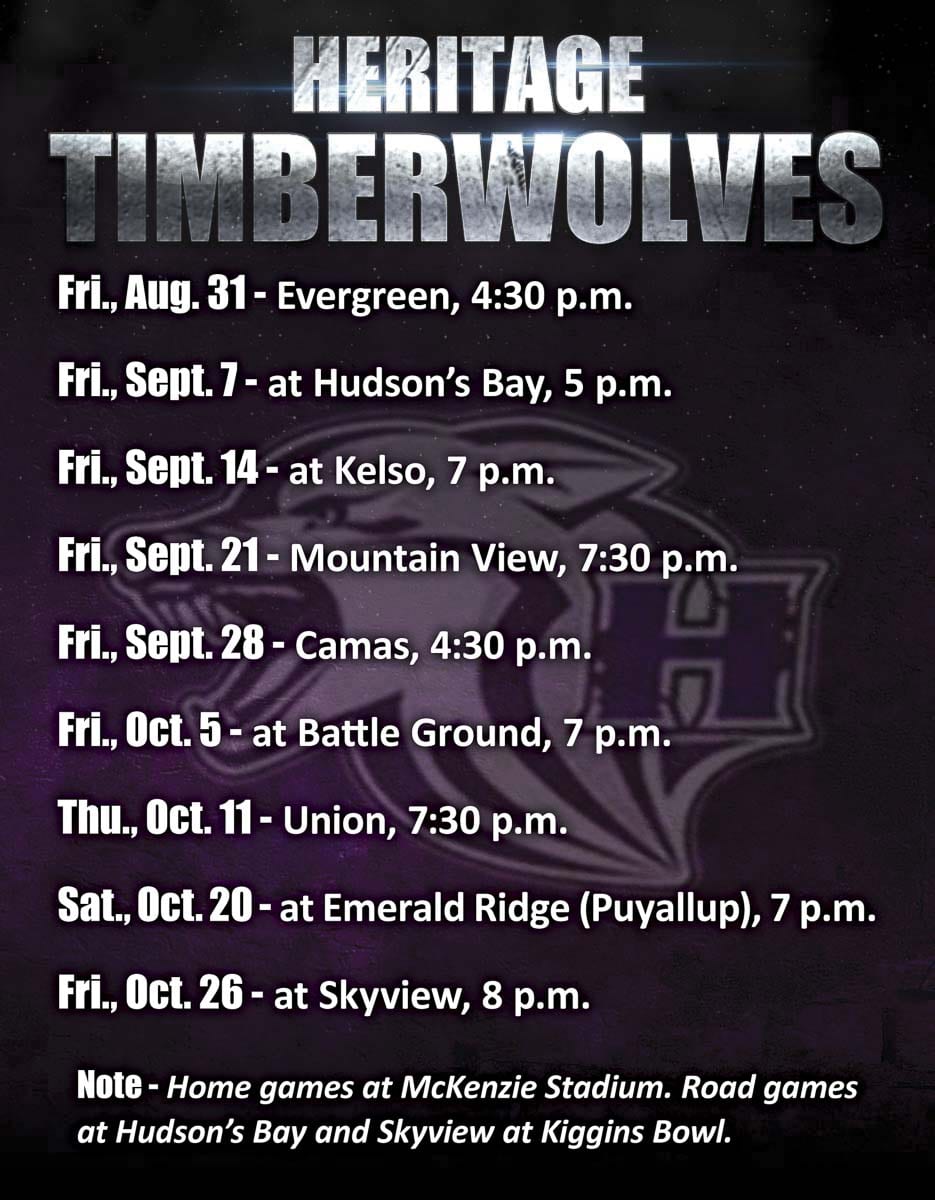 Plus he has some individual goals in mind.

“Give it my all and aim high,” Salo said. “Aim for first team all league. If I can get through this hip thing, football better be a breeze. I’d say 75 to 80 percent of this battle was getting over the hip thing.”

He also is not taking anything for granted. That season away from the game was too tough to handle. Earlier this summer at team camp, Salo broke a finger. Still, he didn’t take any days off or practice.

“I’m just so thankful, thankful to be playing,” he said.

His rehabilitation, his mind-over-matter philosophy sounds a lot like the blueprint for a football team’s success.

“Never give up and really put in the work,” Salo said. “I could have given up. I could have listened to the doctor. It all worked out in the end. Look where I am now.”

Jonathan Salo is back on the football field, where he belongs.