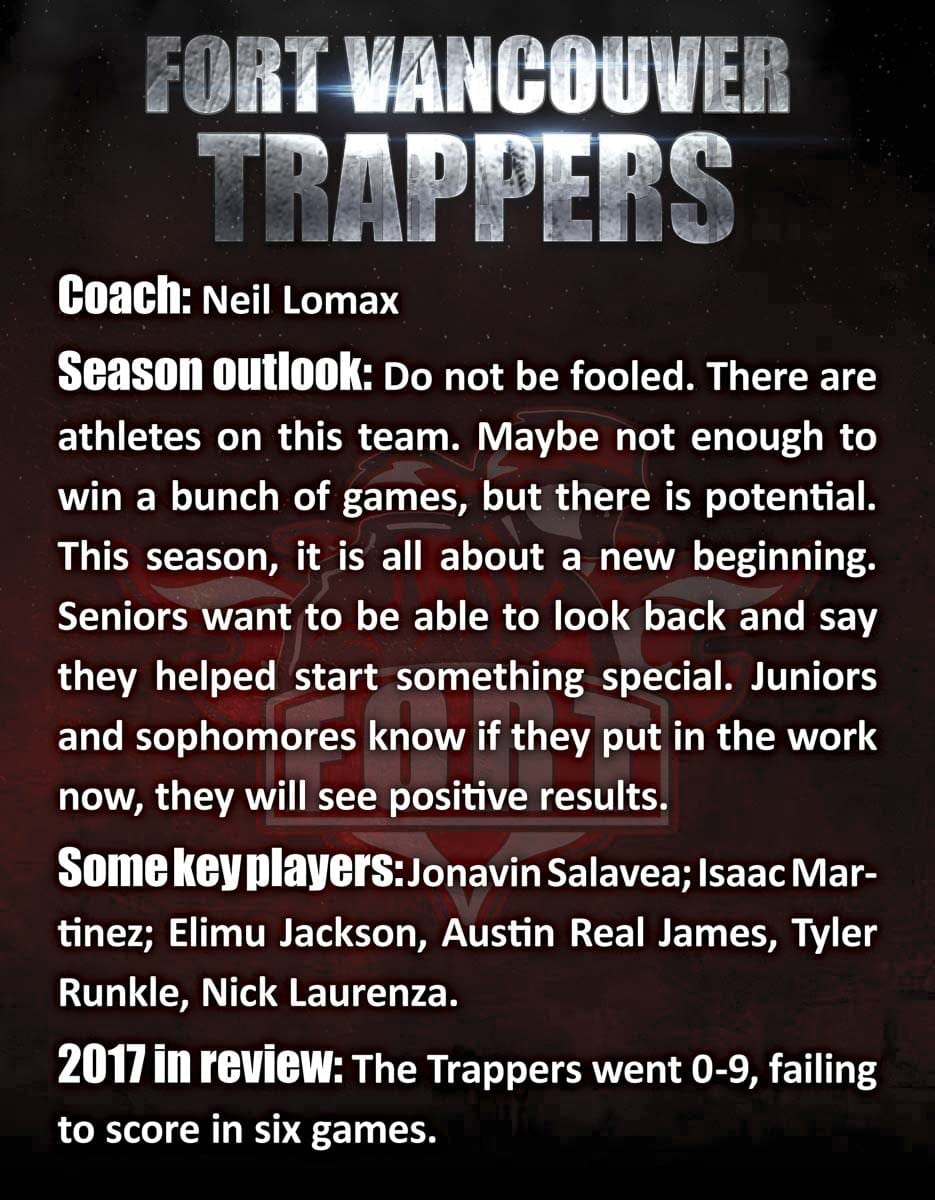 VANCOUVER — It is another fresh start.

Only, this one feels a little different.

“Be the foundation for the future,” said lineman Jonavin Salavea. “This is just the start at what’s coming.”

“A start to something new,” added Elimu Jackson, a linebacker and tight end.

“Coach really wants to change the program,” noted Isaac Martinez, adding that he is hoping to get more athletes out for football and then help them improve.

Being good on the field, in terms of wins and losses, might take some time at Fort Vancouver. But the latest new approach to the sport is focusing on being strong, being unified off the field. That is something that does not need time for improvement.

That can start right now.

He is the fifth head coach in the past seven seasons at Fort Vancouver.

Lomax, the former NFL quarterback and a Portland State legend, has long been an assistant coach at the high school level, working in similar places where the wins were few and far between when he arrived. Which is why his top priority at Fort Vancouver has nothing to do with the scoreboard.

“The No. 1 goal for the kids is to graduate high school. We can use football to do that,” he said.

He preaches a word of the day.

Oh yes, trust. That is a big one. These player do not know Lomax’s history in this game. Well, they might now. But they were born long after his playing days with the Cardinals organization. These players just know he is another new coach.

Hope has an impact, too. Lomax wants to inform his players that there is a future for them, no matter the score on Friday nights. If they put in the work, if they are committed to a common goal, they will prove to themselves that they can put in the work in areas of more importance than a football field.

That has to be the Fort Vancouver way now.

And if the players put in that work, the team will start to improve. A win, just one win, would be an improvement over last year. Perhaps in the near future, the Trappers get to a few wins in a season. Just keep working.

“The word of the day has special meaning,” Jackson said. “It will change a person’s attitude on how they should practice that day. It helps motivate us more.” 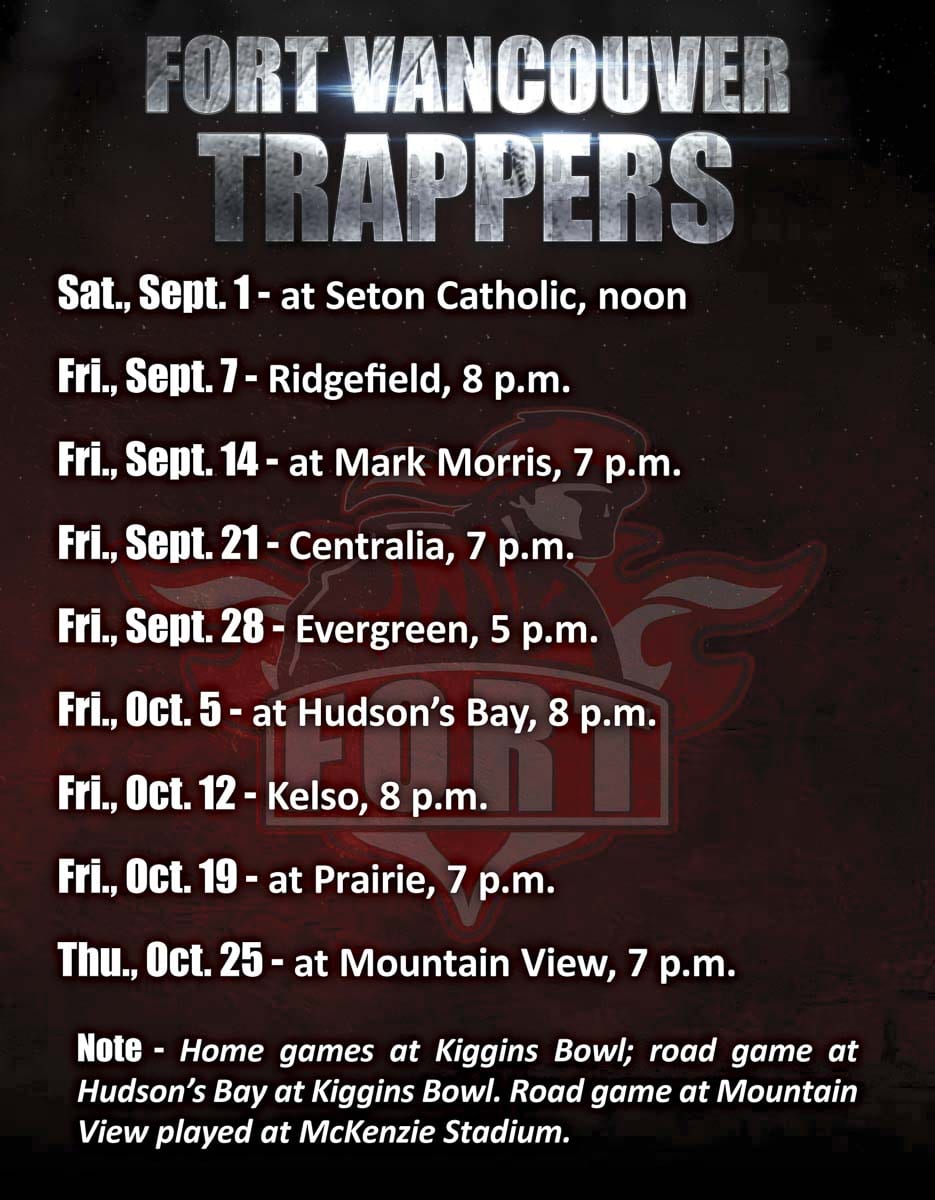 “It is working,” Salavea said. “I feel we are getting closer.”

A recent day showcased the word desire. That led to dedication. And then discipline.

“He explains to us what it’s going to take,” Martinez said. “To be disciplined and dedicated, that leads to desiring football and wanting to be here and just loving the sport. It shows you how you should always be.”

This is the new beginning for Fort Vancouver. There are no promises about winning a set number of games this season, but the Trappers are a promising bunch because they value what their new coach is trying to teach them.

“We want to give it our all, do the best we can, be more mature and be better people,” Martinez said.

That would make for a winning season at Fort Vancouver.