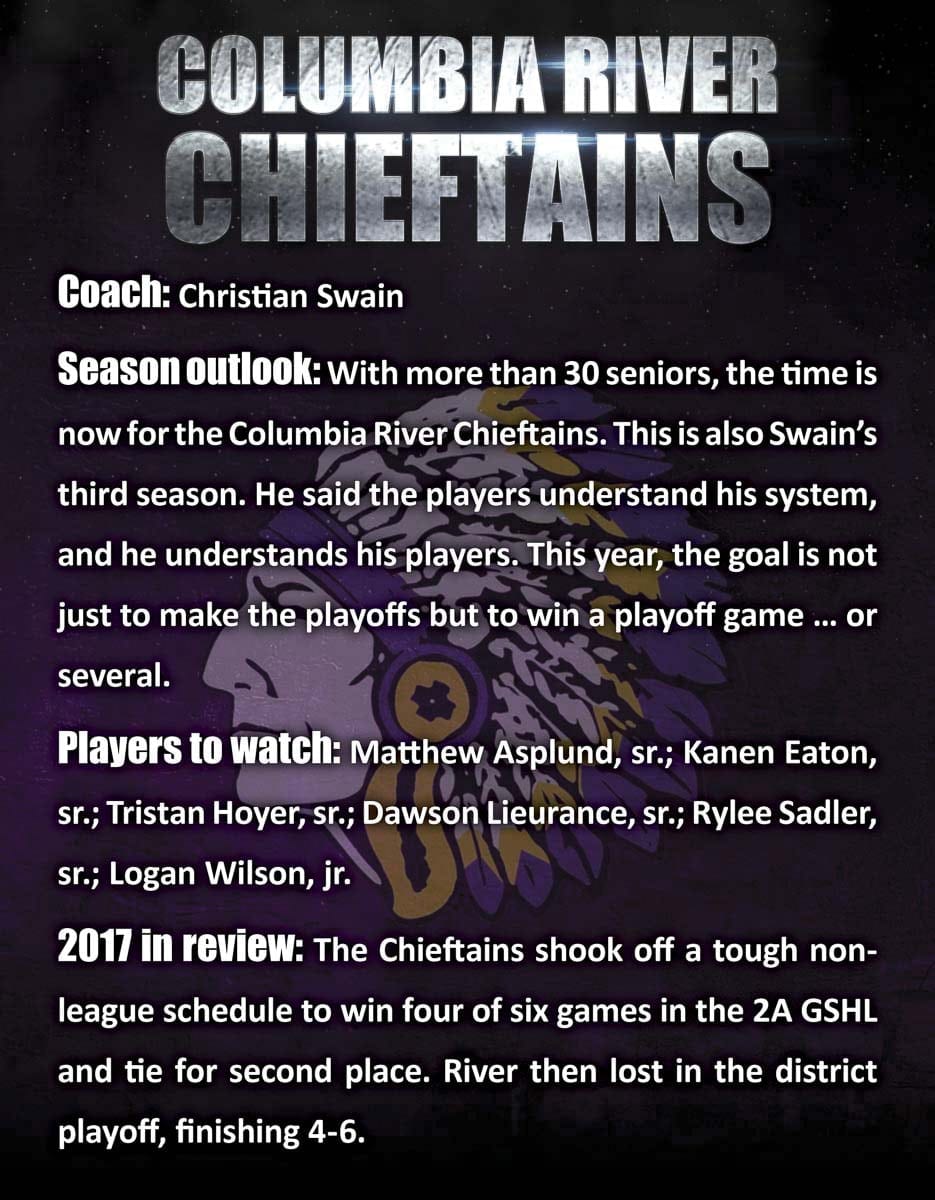 Kanen Eaton thought he was ready for varsity football when he was a sophomore with the Columbia River Chieftains.

It was a jolt to the system, no doubt. It also was motivating.

“Sophomore year, I expected to get varsity time. I played very little,” he said. “Junior year was really my first varsity experience. Each week I added to my inventory to try to prove myself.”

He proved he did belong, after that year of learning.

Now, he wants to prove he belongs beyond high school football.

Eaton is one of 32 seniors on the Columbia River team this season, and one of the top returners in the region after his breakout performance in 2017.

His progression is clear from the video on the Hudl account. Every week, Eaton seemed to make more and more plays for the Chieftains.

“I kind of had to pinch myself,” Eaton said.

He improved, right along with the team. Columbia River opened the season 1-4 but won three of the last four games to finish in a tie for second place in the 2A Greater St. Helens League to make the playoffs.

Eaton said it was the final regular season game of the year when he felt he had arrived.

“At that point, I knew everything I was supposed to do. It was all about execution,” he said. “Every time I got a chance to do something, I did it.”

Since then, he has scored several looks from college coaches. Eaton spent much of the offseason going to camps and clinics, getting his name out there, far and wide. He even went to a showcase at Southern Cal, in hopes of getting scene by coaches outside of the Northwest.

A 6-foot-4 safety and wide receiver for the Chieftains, Eaton said he just wants to play college football — either side of the ball.

So now that he proved to himself he can excel in this game, he is looking to attack his final high school season to prove that Columbia River can excel, too.

Yes, the Chieftains finished in second place last season but they were not satisfied with the 4-5 regular-season mark. With so much talent returning, they are looking at not just a winning season but they also want to surprise some people.

“To win league,” Eaton said. “We know that means we have to take out the big dogs, Hockinson.”

Oh yes, the Hawks, the defending 2A state champions who expect to make another long playoff run in 2018. The Chieftains have respect for the Hawks. They do not fear them, though.

“We’ve got 32 seniors who have been working very hard in the offseason,” he said. “This is the year we can do some really good things.”

Swain took over the program in 2016 after 23 seasons of the John O’Rourke era.

“We’re starting to get our rhythm,” Swain said. “This is Year 3 with the staff. This year has been easier. We are not installing things. Starting to feel like my program. Hope that translates into some wins this year.”

“He’s really developed. JV player as a sophomore then last year his breakout season,” Swain said. “Blew up at all the camps.” 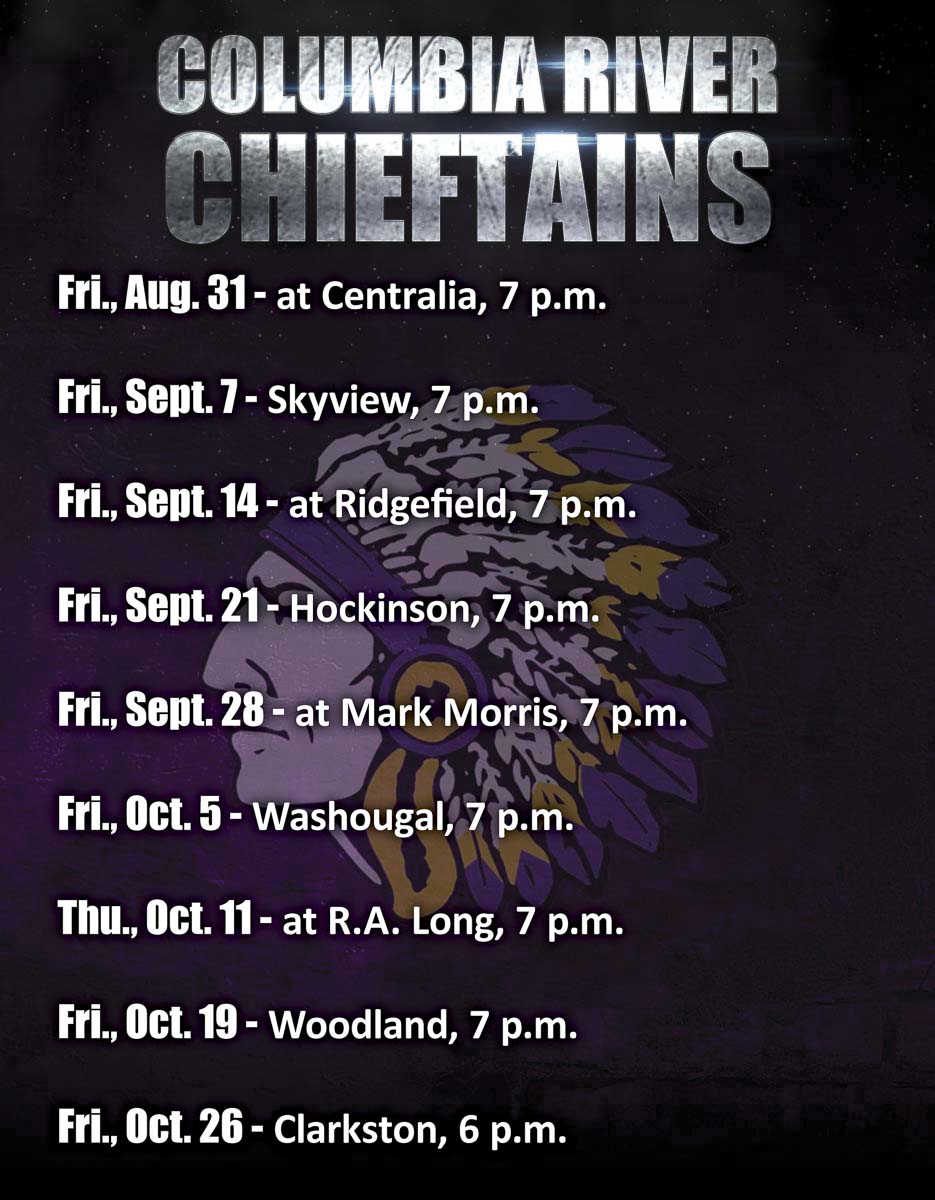 Still, when it comes down to it, it is all about what comes next. He made a name for himself last year. He got noticed at camps in the offseason. But he must make an impact on the field this season in order to demand attention from college coaches.

The coach said Eaton has earned this shot, too.

“He’s a kid you want to be successful because he put the work in,” Swain said. “He’s a great kid with great character.”

As an individual, Eaton said he wants to be first team all league on both sides of the ball.

As a teammate, he wants to help Columbia River prove that it belongs among the best in the state, too.