Shane Jamison does a little bit of everything at Camas

CAMAS — It turns out, there is plenty of time for the things that are important.

A student with a grade-point average of 3.99 who has taken five advanced placement courses so far in high school is about to take three more AP classes his senior year.

He also expects to play three sports again for the Camas Papermakers.

The only thing this talented student and multi-sport athlete specializes in is time management.

“Everyone plays multiple sports when they are little. Then everyone drops out and specializes,” Jamison said. “I see no reason to do that. I love all three sports. Doing that in Camas is extra special because you get the whole community behind you.”

In one sport in particular.

Jamison, who played a bit as a sophomore on the 2016 state championship team, and then got a lot of playing time on both offense and defense last season, is excited for one final season in the Camas uniform, playing in front of that special crowd at Doc Harris Stadium.

For the first time since the beginning of the 2011 season, the Papermakers are not going into a campaign as the defending league champions. They also have no returning all-league position players. Andrew Boyle is returning all-league punter and kicker (all-state, in fact) but no all-league returners on offense nor defense. (Boyle, by the way, is expected to start at quarterback this season.)

Still, this is Camas. This is the program that has won 58 of its past 59 regular-season games. The loss, though, was Week 9 last year to the Union Titans.

But again, the Papermakers have the same goals as always: Win league. Then try to win state. “I don’t really think of the pressure too much,” Jamison said of playing at Camas. “It’s more motivating, to show what this group can bring to Camas football. It’s more pride than there is pressure.”

Jamison is proud to be a three-sport athlete and loves the fact that the football coaches at Camas encourage that competition.

“He’s not pressuring us just to do football,” Jamison said of Camas coach Jon Eagle. “He knows we’ll take care of football. But he wants us to have fun. He wants us to be kids.”

In July, football workouts every day, basketball open gym three or four times a week, and Jamison also helped coach the kids basketball camp. He did not play summer baseball this year but still expects to play ball next spring for the Papermakers.

He said it is an honor to wear the Camas uniform.

Football is No. 1 in his athletic life, plus, Jamison said, the other sports help him in the fall.

Baseball is such a mental game, he said, always knowing where to go in this situation or that scenario. He said playing baseball helps him in football, for that recognition needed before every snap.

At 6-foot-4, he is a post for the Camas basketball team and it is expected of him to sky for rebounds. He said he uses those box-out skills on the football field, too, hauling in passes in the end zone.

His sports are important but they have not overtaken his life. He has an offer to play college football at Cornell University. Ivy League schools are not interested in athletes without a great academic record.

“Grades have always been a big part of my life,” Jamison said.

So big, in fact, that he is still bummed about the 3.99. Numbers matter to him. He wants to be a financial advisor one day. So that A-minus he received in an English class his freshman year still haunts him.

“That’s always going to be on my mind. I’m very ticked off about that,” he said.

He lets his aggression out on the football field, saying he prefers safety to wide receiver because of the hitting involved.

As far as his individual goals this season, Jamison said he wants to play like he is capable, but more importantly, he wants everyone to know he is giving it his all. 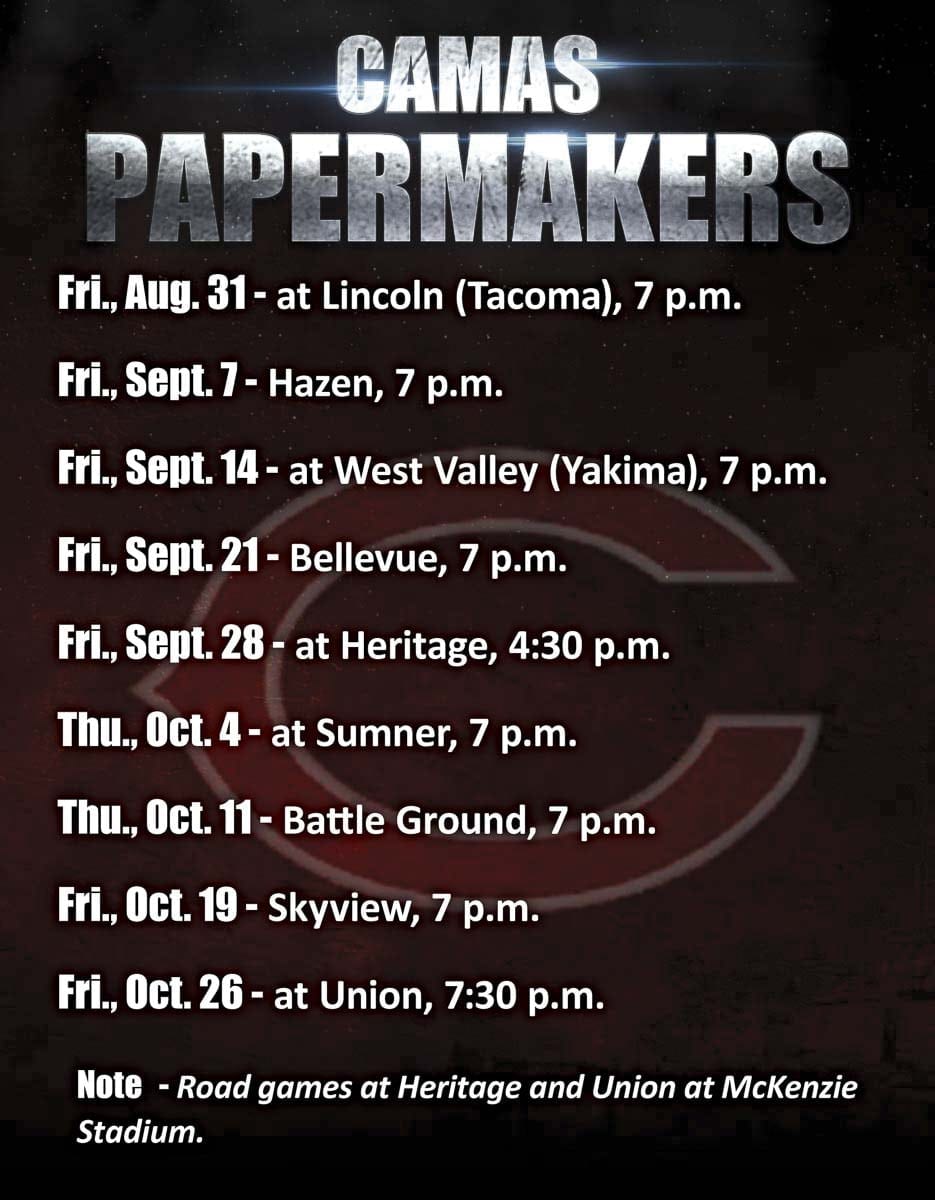 “All-league (honors) are great, but if you’re not really playing your heart out, it’s not the same,” he said.

At Camas, it is all about the team. The Papermakers are using last season as motivation for this season. First thing, they want a league championship.

“We want to take back that crown,” Jamison said. “We want to show that last year was a fluke.”

He has state championship experience, too. He knows what it is like to win it all.

Interestingly, that is not what the Papermakers discuss in preparations for 2018.

“I’d rather talk about how losing sucks,” Jamison said. “Losing to Central Valley (in the first round of state) last year was one of the worst feelings I’ve had in a long time. We don’t lose too much at Camas. It definitely motivates you to do better the next time.”