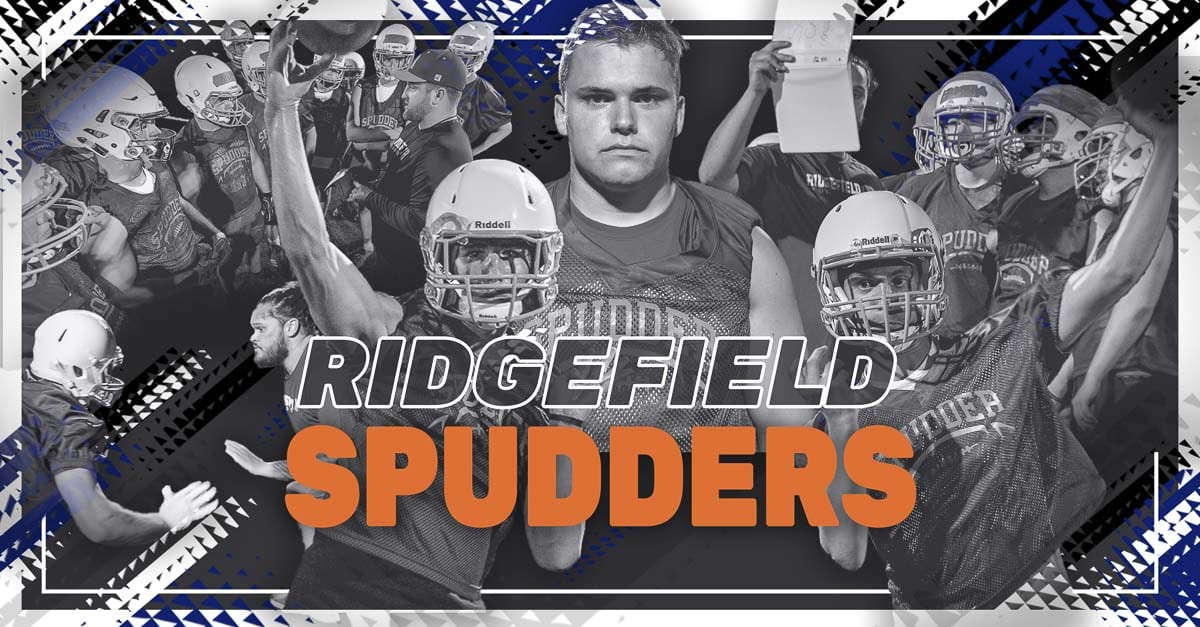 It has been a wild 13 months or so for the program. There was a coaching change in August of 2018. Chris Abrams took over on an interim basis and did breathe some energy into the program. Clearly, there was improvement. Still, he knew it was an interim post. After the season, Ridgefield was able to conduct a thorough search, and the school named Scott Rice, an assistant from Skyview, as the new head coach. … And in a stunning development, one of the best track and field athletes in the nation, Trey Knight, is out for football for the first time. 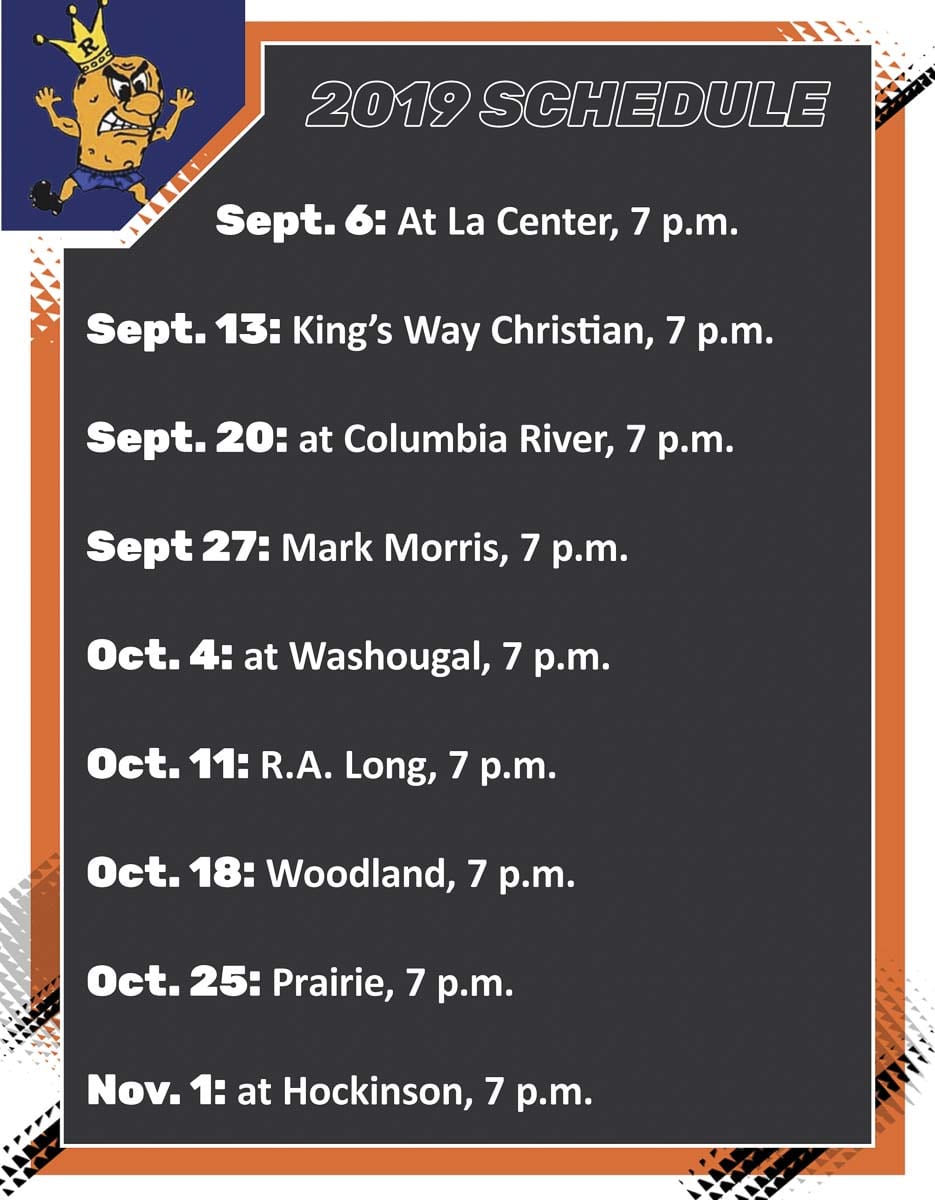 Last year was a new start for the Spudders, but it was abrupt, with the big coaching change happening just days before the first practice. This, though, is a true fresh start. Rice had a full spring and summer program with the Spudders. The Spudders got three wins in 2018, two more than the previous season. Long term, Ridgefield is growing, and the football program wants to grow with the city. The 2019 season, the Spudders believe, is the beginning of something special.

Rice noted that Hunter Abrams did a great job throughout the summer. A crazy strong athlete who deserves the press he has been receiving.

The coaches took 35 players to Linfield’s football camp. It was the first time in two years the Spudders have gone to a camp. The players competed. Interestingly, Rice said, it took a little bit to get the players to understand that football camp is supposed to be fun. It is work, but in a relaxed environment. By the end of camp, everyone was having a good time, too, the coach said.

Hunter Abrams. Deceivingly quick. Big and strong, too. He does not look like the prototypical running back. That might give him an edge, too. “He’s pretty dynamic,” Rice said, noting that Abrams has an ability to make one cut and be on his way. “Where’d that come from?” could be a question many defensive players ask themselves after Abrams gets away from them.

Luke Price and Bryce Harrison. The two started August practice competing for the starting quarterback job. Price comes in from Seton Catholic. He could be a game-changer for the new spread offense the Spudders will execute. Harrison has also bought in to the new system. He has a great attitude. He is such a good athlete, he will be on the field, whether he is playing quarterback or not.


Spenser Harmon and Matt Torres. Wide receivers will be scoring threats in the spread offense. They also are great blocking receivers. Coach said they both thrive on learning how to get better in this game.

Clay Madsen. Linebacker with a strong football IQ. Analytical, he is always asking questions in order to be able to tell the rest of the guys on the field what to look for in stopping an opponent. Team is leaning on Madsen to lead the defense.

Trey Knight. A freak athlete. Could dominate the defensive line. Could also catch passes on offense. No one really knows just how good he can be because he is new to high school football. As a nationally recognized shot put and discus champion, he understands leverage that most high school football players do not fathom, his coach said. “I would be very surprised if Trey Knight doesn’t have college (football) offers after Week 1 in the season.” Our guess is Knight is going to stick with track and field in college, but it’s always good to have options.

Matt Kinswa. A sophomore with a really good build, and a strong future. The coach acknowledged that it has been a struggle at times for the line to learn the new offense. Kinswa, though, is ahead of the curve.

Ethan Mollet. He made the all-camp team at Linfield. A strong leader, too. He is often the first offensive lineman to get out on the practice field every day. Committed to his craft.

“I think it’s going to be a learning experience all around. We’re all kind of in agreement, once you get past Hockinson, that No. 2 spot is wide open,” Rice said of the 2A Greater St. Helens league. “We have some really good talent and kids who will only get better through the course of the season. We’re going to get better week by week. I don’t see any reason why Ridgefield football can’t compete for a league champions going into Week 9.”

Biggest Game on the Schedule:

This is a tough one to determine. Recent results suggest that Ridgefield is not yet ready to compete for a league title. Especially with Hockinson in this league. But how about Oct. 18 against Woodland? That’s a rivalry for sure. And if Ridgefield is improving and this is a season Woodland will have a lot of new faces, perhaps the matchup will swing Ridgefield’s way. Woodland has won the last three matchups.