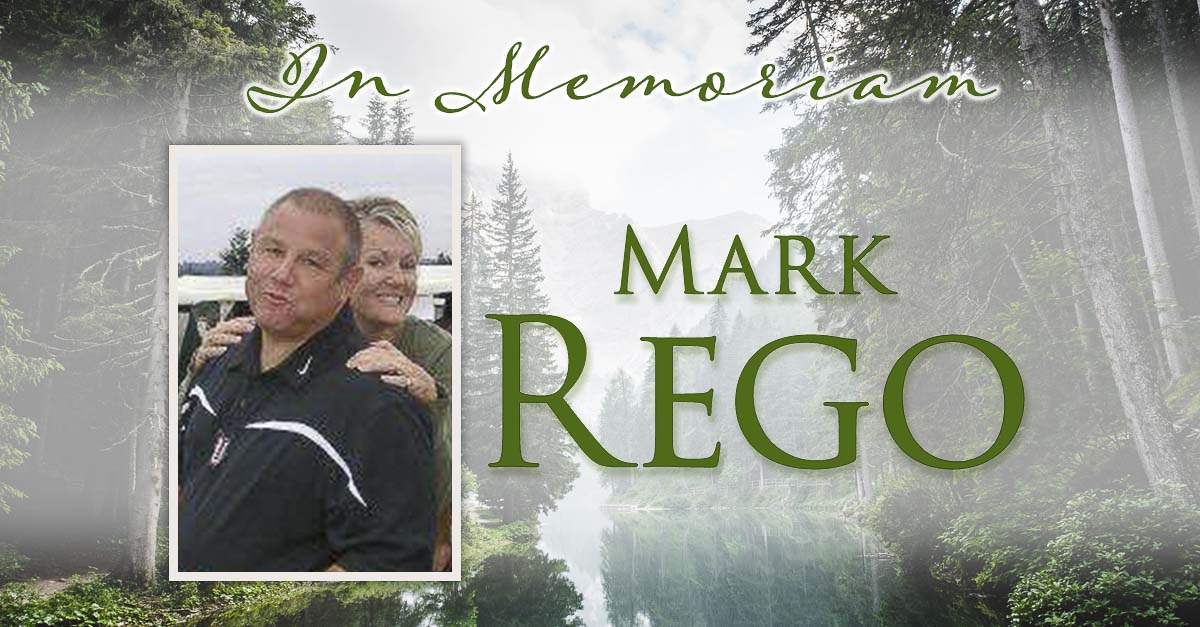 The offensive line coach for the Titans, he had coached in the Evergreen School District for decades. Rego had been battling cancer.

“Today, heaven gained an amazing angel at 7:51 this morning,” his son, Gabriel Rego, wrote in a post for social media. “He was a fabulous father, brother, son, uncle, coach, friend, mentor, security guard, and most of all, husband to my amazing and powerful mother.

“My dad was selfless and always wanted to take care of others before himself. Dad had a vibe about him that when you were talking to him or standing next to him you felt how genuine he was,” his son continued. “I know he touched a lot of people in his lifetime and that his legacy will live on.”

“I spent every day with him. His office was right next to mine. I got to know him pretty well,” Rosenbach said. “Just a special person who cared about kids. He did not care about notoriety. It was never about him. It was always about them. We’re lucky for the time we got with him.”

Rosenbach, the rest of the coaching staff, and the players were together Saturday morning.

“We could talk and mourn and start the process,” Rosenbach said, adding that he is grateful that Rego’s family was with Rego at the end.

Mark Rego was on the Evergreen staff that won the 2004 Class 4A state championship.

Later, he helped Union reach the Class 3A state championship game in 2008 and the semifinals in 2009.

Nick Fleck, a 2005 graduate from Evergreen, played for Rego and also coached with Rego. As a quarterback, Fleck did not have Rego as a position coach, but because the quarterback and linemen have to be on the same page, they spent hours together in preparation.

“He was the most genuine guy. He expected the most out of his players. Didn’t matter if you were the No. 1 guy or the last guy, he expected your best effort. He didn’t let you get away with anything. If something needed to be coached up, he would hold you accountable.”

“He would have done anything for his players, and he did.”

Years later, Fleck was on the Union football staff with Rego.

“A different perspective, sharing a headset line with him. You see how passionate he was,” Fleck said. “That was cool to see, especially after playing for him.”

He was dedicated and passionate about his job, too, in security with Evergreen Public Schools.

“He was the first person in the building at 5 in the morning and probably the last to leave at night,” Fleck said. “Anyone he came across knew he was liked and respected. That’s just rare to come by these days.”

Tyler Knotts, now an assistant coach at Washougal, was the left tackle for the Union teams that reached the final four. He, too, would later coach with Rego for five years.

“He’s loyal. He’s a loyal man. I think the football community took a big hit today. That man would do anything for any football player to watch them succeed. Everybody was family with Rego.

“I know a lot of young men who thrived under Rego and his leadership. I know they looked forward to seeing Rego on a daily basis. I think Rego did a good job of being a father figure to a lot of kids. He was a one-of-a-kind man.”

Knotts said football was a passion but it was Rego’s family that really inspired Rego.

“He adored his wife (Kimberlee) and he adored his family,” Knotts said. “He always had a smile on his face when he was talking about his family.”

Football was a big part of the family, too.

“He was a mentor and one of the greatest guys in my life,” Knotts said, adding that the entire football community will miss the man known as Rego.