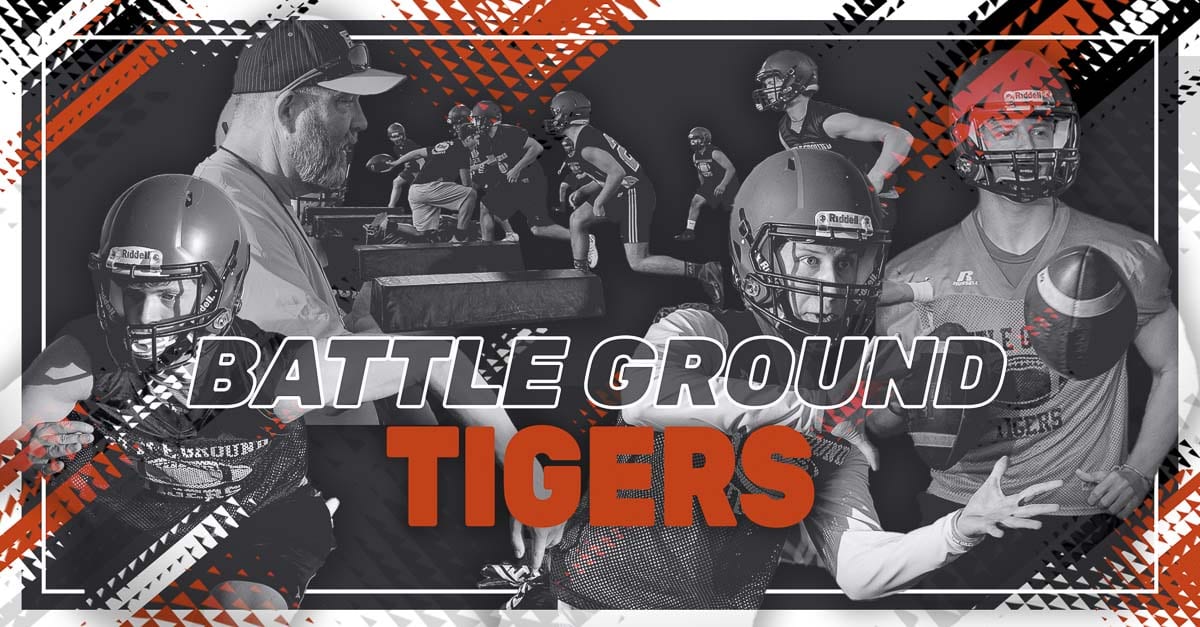 A lot of team-building activities away from the field. Earlier this month, about 30 players spent three hours knocking down a field of weeds and trimming trees for an elderly lady in Battle Ground. They helped another family set up for a wedding. For the Harvest Days parade, many Tigers went to a nearby retirement center and brought residents to the parade. 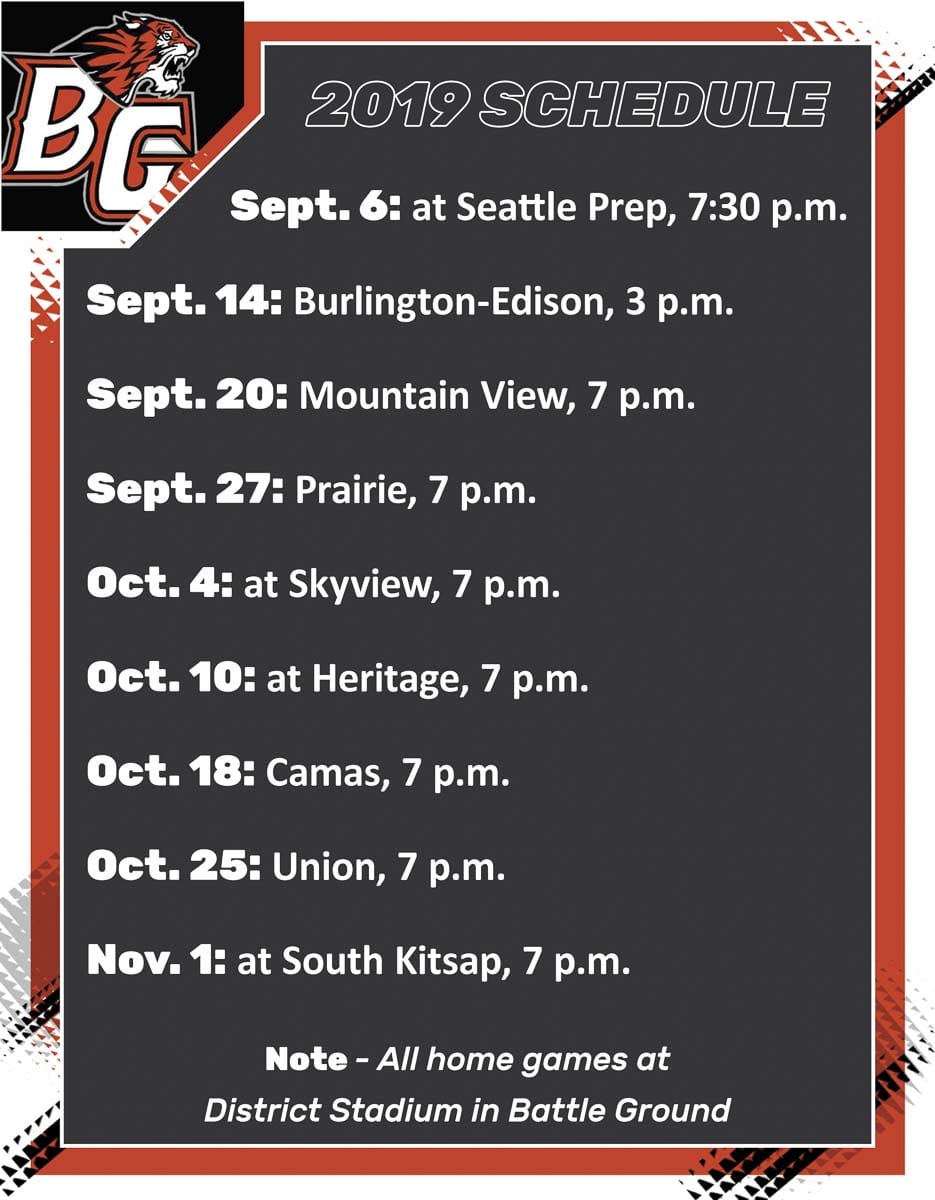 Just keep believing. The Tigers had to start all over a few years ago after the best classes in program history graduated. Now in Kesler’s third season, the Tigers have slowly improved. They want to build on the momentum from last year when they cruised to victories over rival Prairie and league foe Heritage. This year’s squad is young — just nine seniors. Kesler said he wants to teach and have fun with the underclassmen, ensure they have a great experience and grow the program through the years.

Steven Hancock, who was all-league as a defensive end last season, is back and this year will be seeing some action at tailback on offense. He spent the offseason impressing coaches with his work.

Kesler said he was also impressed with Mason Wann, a returning offensive and defensive lineman, as well as Brody Smith, who will move from linebacker to defensive end this season.

There is a battle for quarterback. Reid Schneider had a really strong offseason.

The Tigers changed camps this year, going to a smaller one, and it paid off, Kesler said. The program took 76 players to the George Fox University camp, up from 46 players who went to camp in 2018.

Reid Schneider is learning how to read his progressions as a passer and an effective runner as quarterback. A student of the game, Kesler said. Hal Hughey and Owen Wann are also battling for the QB position.

Jordan Miner, a wide receiver and safety, played some varsity last season. He dedicated himself to the weight room this offseason, and it has shown. A captain and a leader this year.

Chris Dunne and Jacob Lahti should see a lot of action at receiver.

Colt Shepard is a linebacker first, but will also might play some receiver.

Ricardo Lara (linebacker) and Jason Johnson (DB) will be key members of the defense, along with Owen Wann (DB).

Hunter Wooldridge started as a sophomore last year. He brings experience and size. Quiet player who lets his play do his talking.

Brody Brown is a returning starter on the offensive line. A consistent football player.

Look for Hancock, Mason Wann, and Brody Smith to be strong on the defensive line.

True, only nine seniors. But Kesler said those nine seniors are truly dedicated. They had a barbecue with the coaches recently, just to go over season goals. The Tigers are in good hands, Kesler said.

“The leadership we will have is going to be the most positive thing going into the season.”

The Tigers got roughed up last season in the early non-league games. The schedule is a little easier, and that is a good thing. Kesler said he is looking forward to Weeks 1 and 2 at Seattle Prep and home against Burlington-Edison. Nobody is guaranteeing any wins. It’s just that the matchups are against teams that are also trying to find an identity. Good, even matchups should help in the future, win or lose.