WASHOUGAL — The guys with the ball get the yards, the touchdowns, the glory.

The guys up front get them there.

The Washougal Panthers believe they have the best football team the program has had in more than 15 years. Here’s why:

Jackson Lindell missed most of last season due to a knee injury and yet he still has started 12 football games in his varsity career.

Aidan Bristol has started the past 14 games.

In fact, four Washougal linemen have at least a year’s worth of starting experience.

Perhaps that is why coach David Hajek said these Panthers have a chance to be special.

“Coaches usually say that just to fire up the team,” Lindell said. “I think he said it because it’s a reality. We are one of the best teams to come out of Washougal.”

A starter midway through his sophomore year, Bristol used last year as even more of a learning experience.

“I struggled kind of early. After a few games, I started getting into the flow,” he said.

His struggles mirrored the team.

The Panthers started the 2016 campaign with three consecutive losses. They bounced back and won four of their last five league games (and also got a forfeit non-league victory) and made it to the playoffs for the first time since 2007.

“A lot of these guys have been starting in this league for two years. They are more and more hungry,” Hajek said. “We have depth, and we have a great sophomore group (behind them).”

Hajek and the Panthers understand Hockinson, the defending league champion, also has a ton of talent returning. But Hajek said he would not be surprised at all if his squad was on top of the league by season’s end.

Those are strong words for a program that has not won a league title since 2000.

“Everyone thought we were an automatic win for them when they played us,” Bristol said.

“We were seen as the underdogs,” Lindell said. “No one thought we were any good. Sophomore year, we started getting it together. We weren’t relying on just one guy.”

Lindell acknowledged that some fans outside of Washougal might have some “iffy-ness” toward the program. They still are not sure about the Panthers.

“It feels good to finally win games and tell people your team is good,” Lindell said. “Kind of prove everybody wrong.”

Now the Panthers are not anybody’s gimme game.

“Last year was the first year we could go in, hit them, put some points up on the board,” he said.

Plus, all those guys who have played all those games on the offensive line? Most play defense, too. Washougal held opponents to two or fewer touchdowns in three of its four league victories.

“We all come there just to hit,” Lindell said of the defense. “No matter who has the ball, that person is going down.”

Nick Oakes is a defensive lineman who made all-league. He had to be convinced that football could be good for him, then he proved his coaches right.

Ian Harris and Mason Armstrong will join with Lindell and Bristol to make it a very experienced group of linemen.

The signal caller is Ryan Stevens. He did not throw much last season, but he ended up with more than 1,100 yards through the air plus he rushed for six touchdowns. Oh, and he’s had another year in the offseason program, a good sign for any quarterback.

All the Panthers are motivated to prove their coach right, to show that this really is a quality team.

Lindell has extra drive, too. He missed those wins last season after his knee injury.

“You’ve got to go 100 percent at all time. You never know when it’s going to end,” Lindell said. “This is the last year (for the seniors) so it is going to end. Never take a play off.” 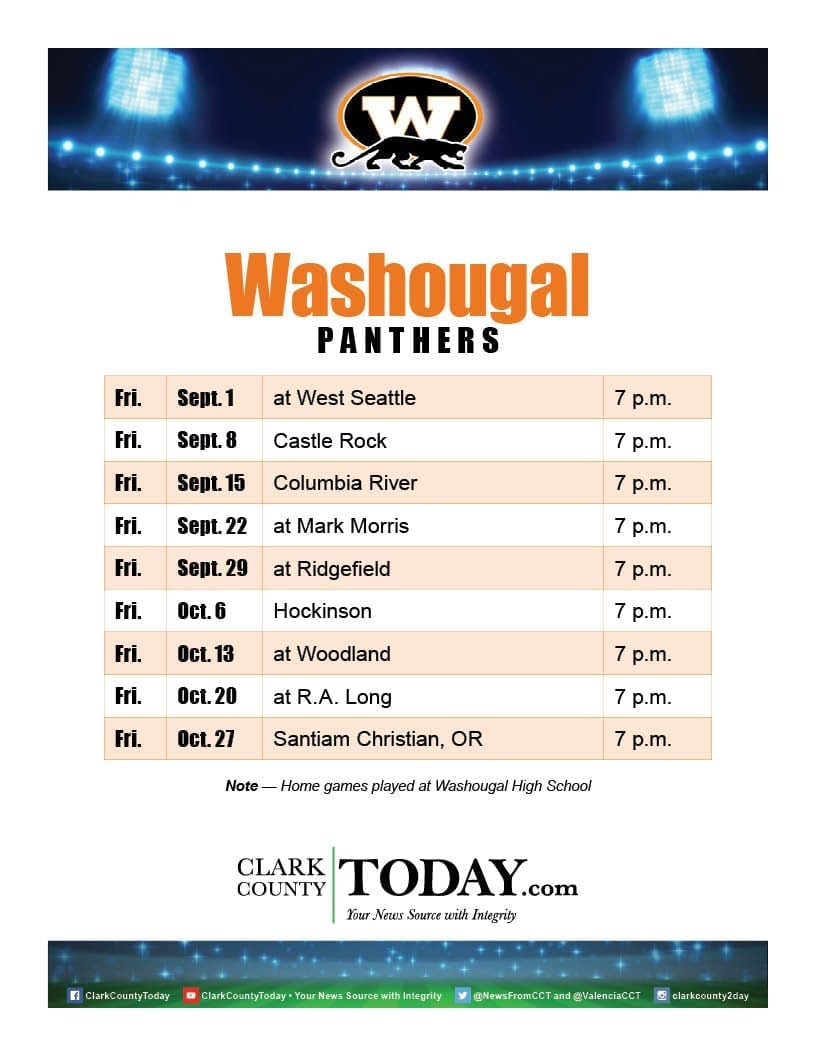