Clark County Public Health is investigating an active case of tuberculosis at Skyview High School, according to a press release from the county. 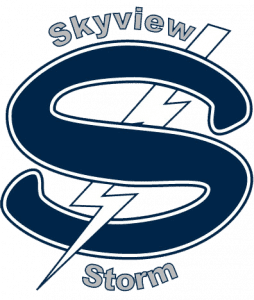 The risk of the disease spreading to students, staff and the public is considered low and there is no evidence of additional cases at the school, according to Clark County Public Health.

The county was notified of a possible case of tuberculosis by a local health care provider on Tuesday, May 1. It was confirmed Monday, May 7.

The individual affected is associated with the school, but privacy laws prevent Clark County Public Health from providing additional information on whether he or she is a student, teacher, staff member or works or operates in some other capacity with Skyview.

“Public Health is working closely with Vancouver Public Schools and Skyview High School,” according to the press release. “Parents and staff were notified by phone calls, emails and printed letters on Friday, May 11. Public Health is identifying those who may have been in close contact with the person who tested positive for active TB and will notify those individuals directly in the coming days.”

Public Health will offer TB screenings to students and staff identified as potential close contacts. That screening will take place at the high school later this month.

As the evaluation continues, it may expand to include other locations where the individual spent prolonged periods of time between July 1, 2017, and May 1, 2018. Public Health will directly notify those individuals who may have been exposed and who are potentially at risk for infection, according to the press release.

Tuberculosis is caused by a germ that is spread from person to person through the air. TB is usually spread through prolonged close contact with someone who is contagious. Active TB disease does not develop immediately after a person is infected. Early identification and treatment of people who are infected can prevent them from developing active TB disease.