After attending the Clark County Council (BOCC) meetings for the last two years and listening to discussions about the proposed budget for the 2016-2017 fiscal year and also where we were financially in the past year, I need to ask one question: “What happened?’’ 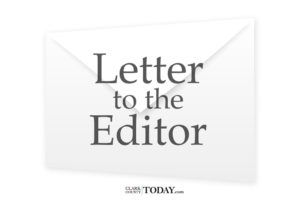 After attending the regular BOCC meeting and the 1 p.m. budget work session on Oct. 25, I have some questions. In the years between 2012 and 2015, we had a balanced budget. At this time there were no tax increases, the park fees had been removed, the existing loans had been paid off and we had a surplus of $23 million.

Now, under the new Charter system from January to July 2016, the $23 million is gone and we are told that we need  to raise the budget to $321 million, raise taxes, re-establish park fees and take out loans to cover operating expenses.