Elizabeth Hovde of the Washington Policy Center reports that even though Washington’s state of emergency ends in October, that won’t take away the vaccine mandate on some state employees

It’s heartbreaking that in this third year of COVID-19, with all we know about the virus and the vaccines’ strengths and limitations, there are still people fearing they won’t be allowed to keep their livelihoods because of an outdated public policy that offers no demonstrable public health benefit. Washington state Gov. Jay Inslee’s COVID-19 vaccine mandate on some state employees, which is being made permanent via a governor directive, is not patient-centered and cannot take credit for Washington state’s COVID-19 outcomes. It should be ended immediately.

Instead, rulemaking for the misguided mandate is in process at the Office of Financial Management (OFM), and a hearing Tuesday morning took in public comments about the Inslee directive.

Some of those comments were from state workers who have been impacted by job loss, ostracization or continued fear for their careers. Several asked the OFM rulemaking body to “do the right thing,” though at least one acknowledged the agency had been given an unenviable task. No one who spoke was in favor of the vaccine mandate. They joined 124 written comments that had been submitted and will be reviewed, participants were told.

Along with facts about what vaccines do and don’t do, one state employee said the vaccine mandate and social isolation she has endured allows her employer to be a stand-in for an abuser. A man compared unvaccinated and ostracized workers to soldiers. Someone asked, “Why does Inslee believe he is above science?” And yet another state worker described the stress involved in having to update a religious exemption on a continual basis, living in constant fear of losing a job she loves.

Less personal, but important as it could have consequences for all taxpayers, was a concern about the legality of the Inslee directive to make a COVID-19 vaccine mandate permanent.

Whether fired because of the mandate — or working in fear with exemptions that have kept heads off the chopping block, at least so far — state workers have had to endure a COVID-19-related harm many of us have not. And now the mandate is becoming a tool that will limit some future employment in the state to those who have chosen a COVID-19 vaccination.

Washington’s state of emergency ends in October, but that won’t take away the COVID-19 vaccine mandate on some state employees. Shots that cannot stop spread or transmission of the virus, as well as the government implication that unvaccinated people are hazardous to others’ health, will likely remain. Read more here and here.

Elizabeth Hovde is a policy analyst and the director of the Centers for Health Care and Worker Rights at the Washington Policy Center. She is a Clark County resident.

Are there no lawsuits? Every other state seems to be able to move beyond oppressive, unscientific, ineffective vaccine mandates. What is wrong with Washington?

Probably because like with the recall efforts, every time it goes to court, Jay has judges under his pocket that shoot everything down. is there a way to get a fair day in court? 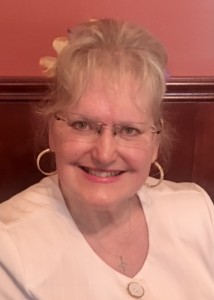 *See: Opinion: Is it time for a new game plan?