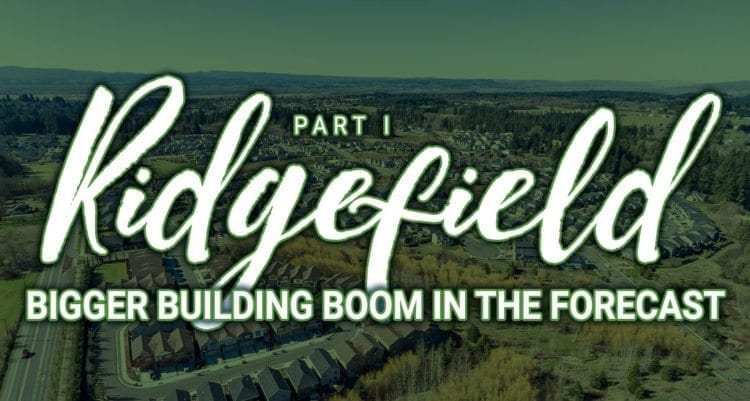 The city of Ridgefield could see its population more than triple in the next 15 years; here’s a look at how they’re trying to avoid major growing pains

RIDGEFIELD — After five straight years at the top of the list of fastest-growing cities in Washington state, Ridgefield fell a bit last year to number six. But don’t let that fool you — the area is primed for another growth explosion.

“There was a lot of dirt work last year,” says Ridgefield City Manager Steve Stuart, “but they all got started late because it was wet. We have clay soil, and you can’t move mud, so they had to wait until June to get started on their dirt work.”

The city of Ridgefield covers roughly seven square miles along I-5 about 20 miles north of Portland. It is home to a 5,000 acre Wildlife Refuge, a river, and a lake popular with local kayakers. Stuart says that connection to nature, along with the area’s history as a farming community, informs the way they hope to approach this next evolution.

“Twenty-five percent of each new subdivision is set aside for parks and open space.” Stuart says. “We’re blessed in Ridgefield with a bunch of green belts, of wetlands and streams threaded throughout. It can be seen as a constraint — for us we see it as an amenity.” 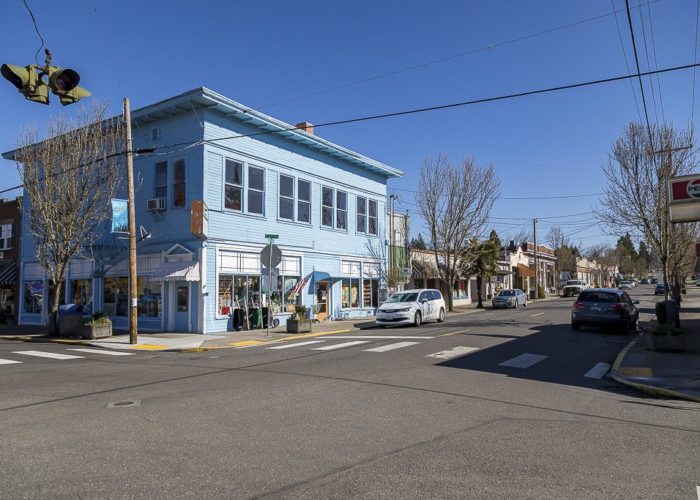 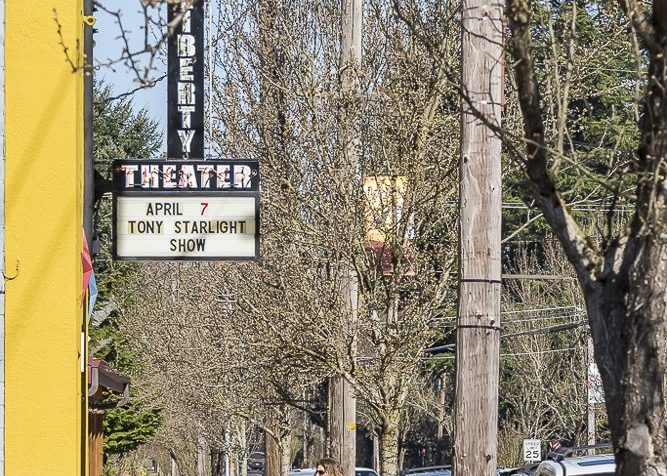 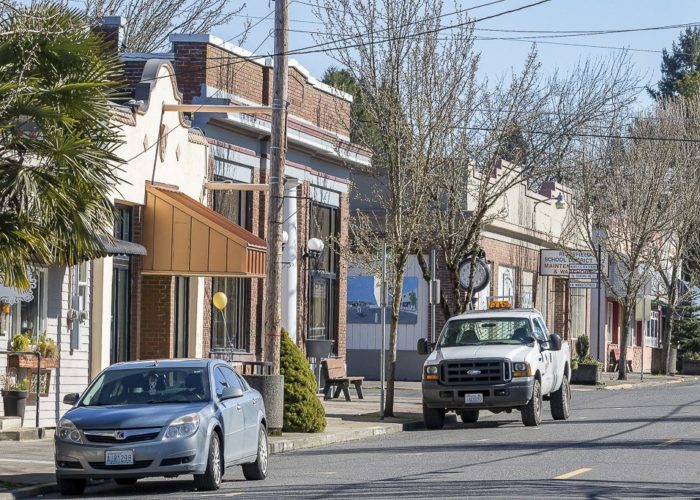 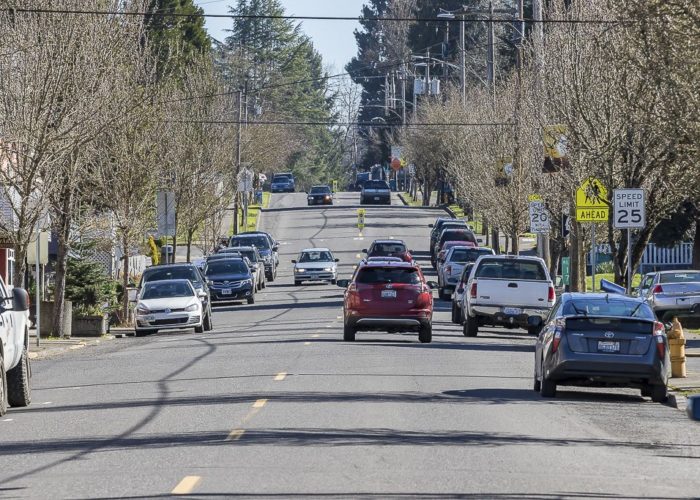 Stuart says they’ve also worked with developers to make sure homes in neighborhoods don’t all look alike, and adopted more energy-efficient LED street lighting designed to limit light pollution. With the heaviest growth happening east of Ridgefield’s historic downtown area, the Washington State Department of Transportation (WSDOT) and city officials have worked together to make sure that Pioneer Street, which is also State Route 501, won’t become a major traffic corridor. 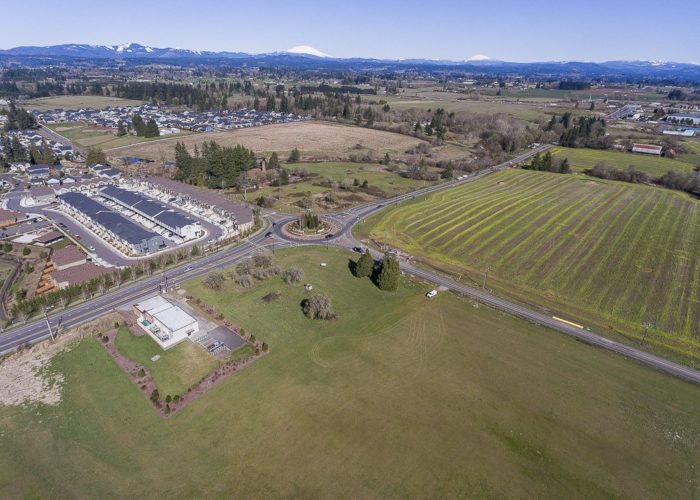 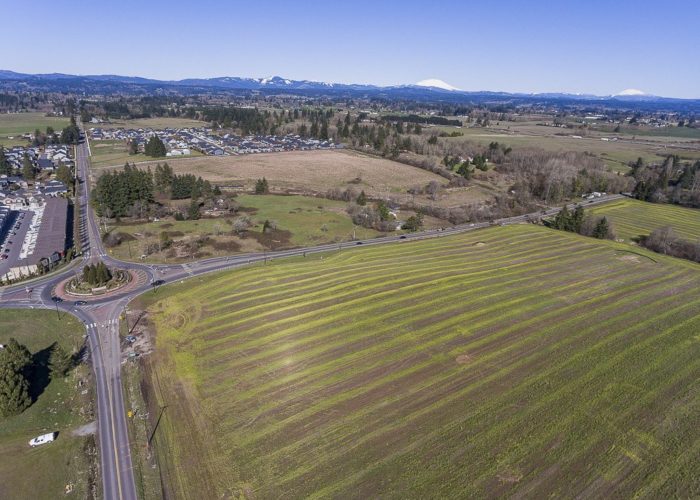 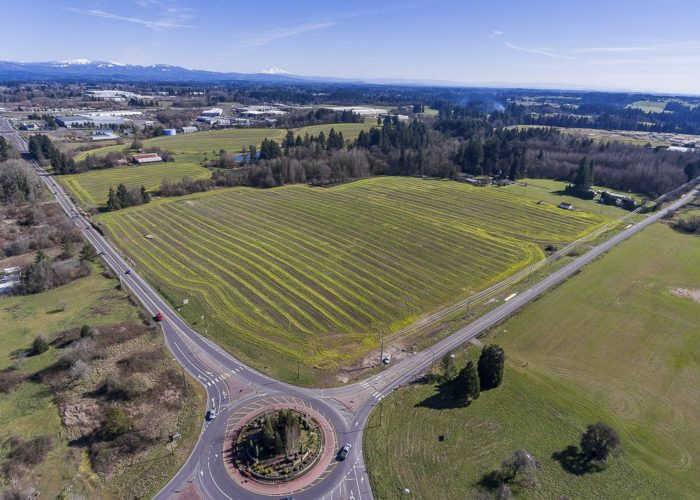 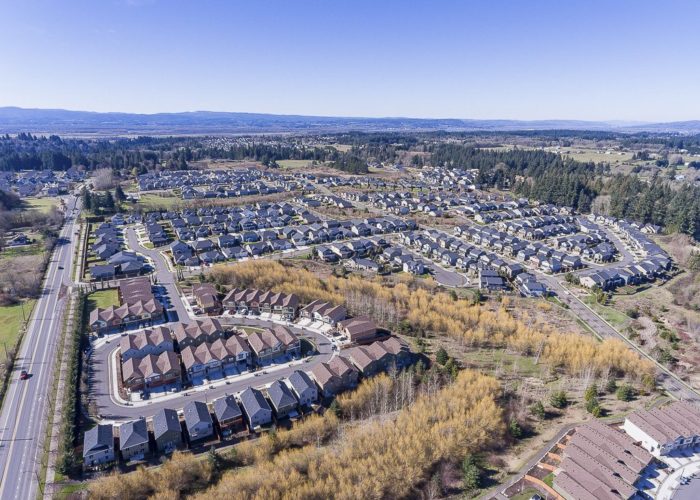 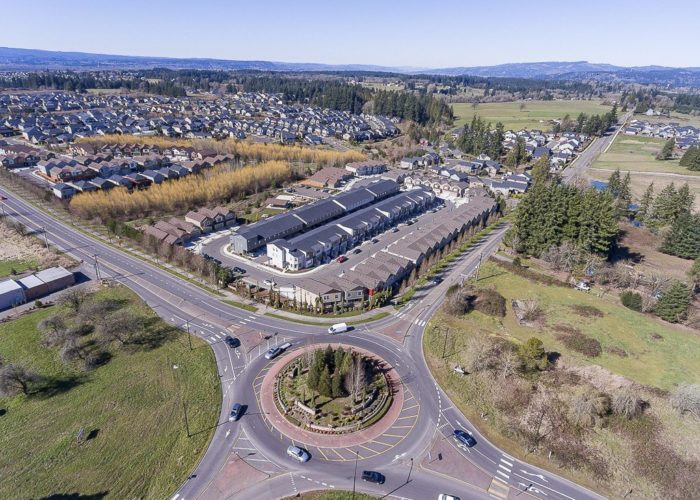 One major change that will happen with Pioneer Street in downtown will be an extension that carries it west over the railroad tracks to Mill Street, creating a safer access route to the 43-acre waterfront property owned by the Port of Ridgefield. That bit of land only recently became available after a 20-year clean-up effort costing $90 million. While plans for the waterfront area are only in the conceptual phase at this point, Port CEO Brent Grening sees it as a major player in the future of Ridgefield as a destination for business and tourism.

“The idea is that Ridgefield becomes a node,” Grening explains, “that you can walk from downtown out onto the wildlife refuge, go for a five- or six-mile loop, come back into town. With all the rest of the things that are going to happen on the waterfront, we think our numbers will go up, our visitors will go up each year.

“We’ve conceived this property as a waterfront for North Clark County,” Grening continues, “and north county probably at build out will be over 100,000 people.”

While those plans move forward, the port also recently sold nine acres of a 30-acre parcel it owns on the Southeast corner of the 45th and Pioneer Street roundabout. That will become home to a 53,000-square-foot Rosauers Supermarket, which will anchor several mixed use developments in that area, including Ridgefield’s first apartment complex.

Rosauers will become the first full-service grocery store within the city limits of Ridgefield, addressing a major sore point with many current and potential residents. It will be Rosauers’ first location in Western Washington. Stuart says the grocer represents the kind of upscale, unique identity Ridgefield envisions for itself. The development will also be home to healthcare, fitness, a restaurant, banking, and more. Many of those leases are still being negotiated. 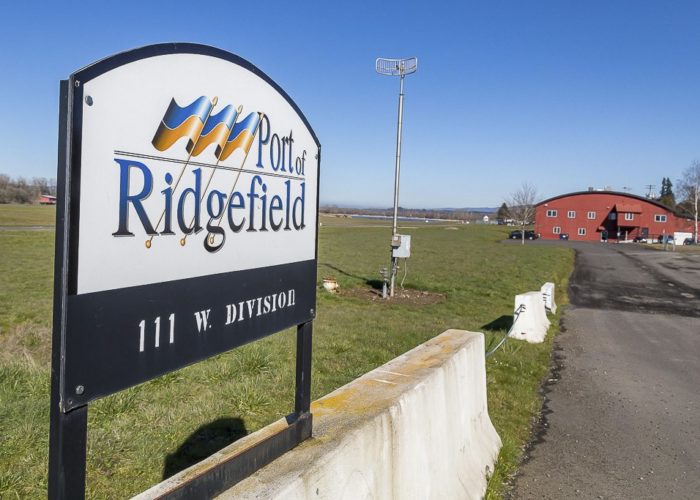 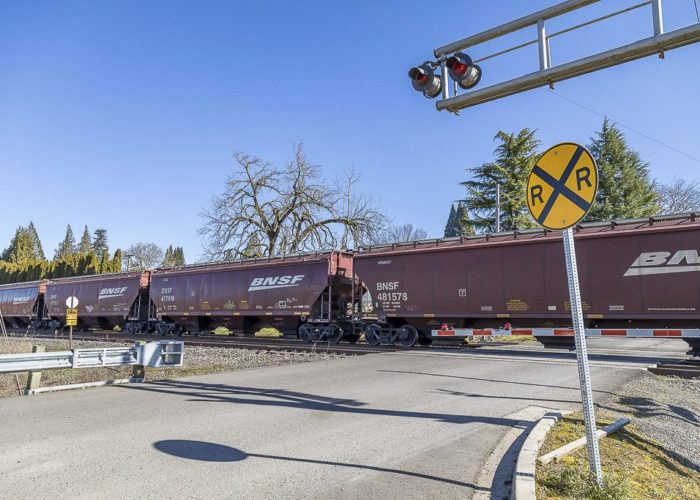 Lea Graves owns Main Street Hair Salon in downtown Ridgefield. She says she’s excited about the new grocery store, and hopes the downtown area maintains its current small and quaint feeling. Her hope is that most of the major development happens at The Junction near I-5.

Clark College is set to begin construction next year on the first building for its new Boschma Farm campus northeast of I-5 in The Junction. While the Clark College build-out is expected to be a slow one, it will eventually bring well over 1,000 students to the area by 2020, and continue to grow from there. Vancouver Clinic is also set to break ground soon on a new location within Ridgefield.

The Junction represents over 700 acres of developable land, with 80,000 potential customers zooming by along I-5 each day. That number will likely increase as the ilani Casino north of Ridgefield city limits continues to expand. With Portland bursting at the seams, and so much growth happening all over the Portland/Vancouver metro area, Stuart says it was only a matter of time before things accelerated in Ridgefield.

“Growth is not ‘good’ or ‘bad’,” says Stuart. “Growth just is. Growth goes to places where you have a high quality of life. And in the state of Washington we work with the Growth Management Act. It’s not the Growth Stop Act, or the Growth Start Act, it’s not the Growth Good or Bad Act. It is set up to anticipate that growth, plan for it, make sure that the services and the infrastructure are there to support it, and try to do it in a high quality fashion.”

Stuart says they’ve been fortunate to be part of a good partnership with the Port of Ridgefield, the county, and the state, to prepare for what’s coming. The $25 million Discovery Corridor Wastewater Transmission System Project wrapped up Phase One in 2016, connecting The Junction in Ridgefield to the Salmon Creek treatment plant. That provides capacity for future growth, while reducing costs for sewage customers down the line. 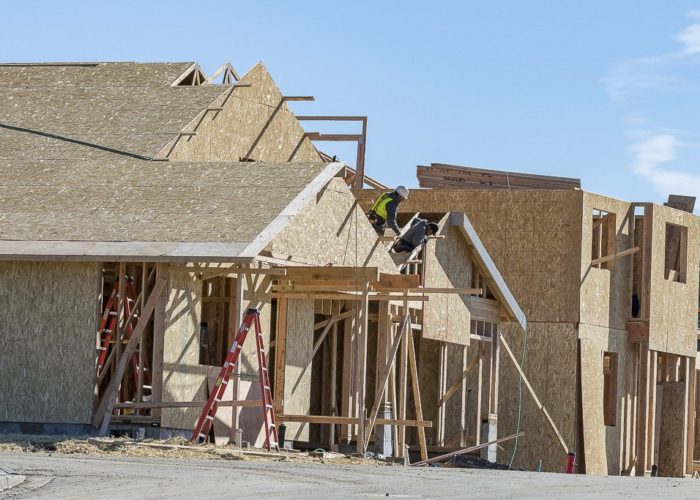 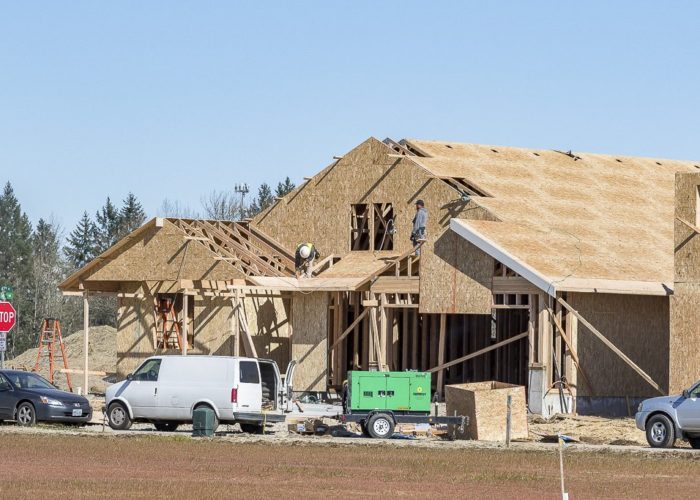 As Ridgefield grows, so does the pressure to limit the pains other cities in the area have experienced. Battle Ground, for instance, has found itself dealing with major traffic problems where SR-502 and SR-503 meet, along with concerns over the availability of utilities for future growth. While Stuart says they have watched Battle Ground’s growing pains with interest, Camas has been the city they most hope to emulate.

“They’ve been super successful in what they’ve done,” he says, “in diversifying their job base, in providing great schools and really setting a precedent that is followed consistently; That schools are a high priority that are invested in, that they have not only employers, but they have residents that are supportive of that. Their provision for parks, their revitalization of their downtown and their Main Street program.”

Stuart says Ridgefield officials talk a lot with the Camas group about their own Main Street program, which is certified with the state of Washington, in hopes of emulating a lot of what they’ve done.

Much of that comes back around to the Port, and the future of the Waterfront area. Grening says, as a public trust, they take very seriously the responsibility of making sure that whatever happens fits with the overall theme of the area.

“We have to be mindful of what it is that we’re creating,” he says, “and how it fits in with the community. If we do it right, people will like the product, want to live next to the product, and that will make the product more valuable. That’s a virtuous circle. Done wrong, people want to stay away from it, or they won’t come, or they don’t find value in it.”

Rapid changes like the ones Ridgefield is undergoing can often lead to nervousness and discontent with the people who live there. Grening says he hasn’t heard a lot of grumbling from people, though the community has been actively engaged in the planning process.

“This is a community that has always had a sense of destiny,” he says, “it always had a place to go. It’s never taken that protective view of ‘we can’t change’ or ‘we don’t want to change’.”

As Grening sees it, no one is ever happy to see the quiet little community they moved into grow up. But, he adds, the growth that’s happening is almost out of anyone’s control.

“It’s not growth for growth’s sake,” Grening says. “There are outside economic pressures that are going to cause North Clark County to grow. We’re in a metro area on the West Coast, and we’re on a growing edge. And when you look at land use around the region, growing north along I-5, we’re the outlet for a lot of that growth.” 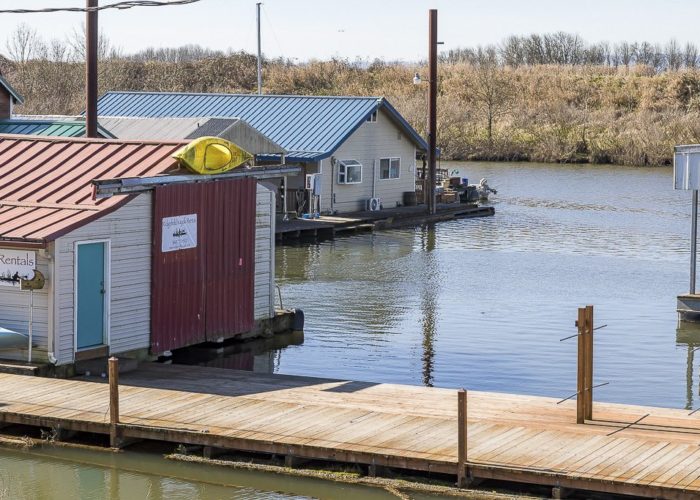 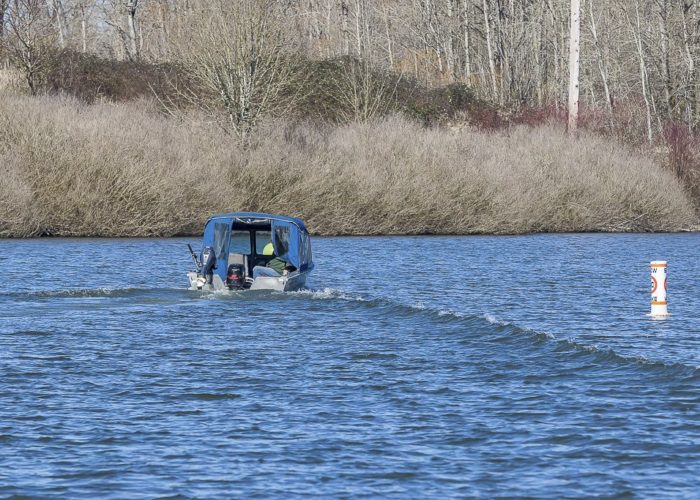 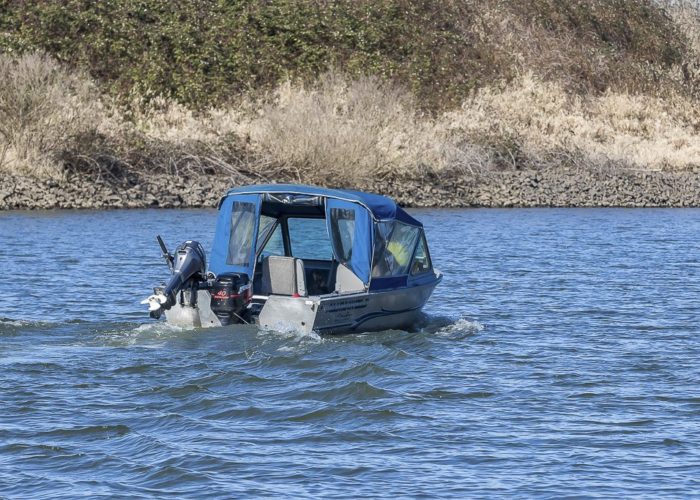 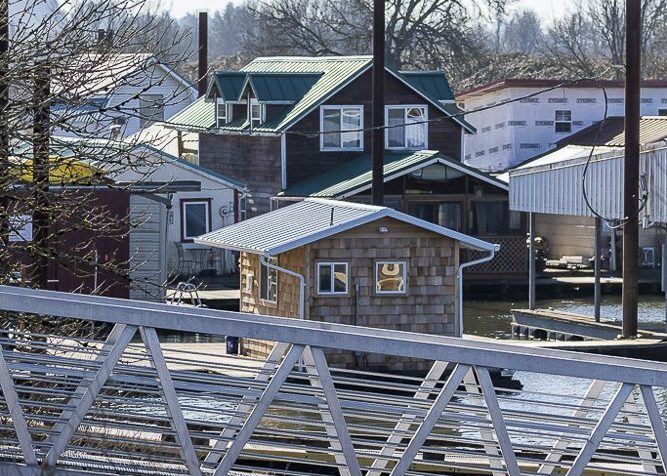 While both Grening and Stuart say they can’t control the economic factors driving Ridgefield’s rapid growth, both agree that community input is vital in making sure whatever comes fits the standard and blueprint for the area.

“If we put our heads in the sand and pretend it’s not going to happen,” Grening says, “we’re going to get lost. The good news, and why I don’t think Ridgefield is prone to that, is because of the strength of the conversation — the number of people that will engage. The number of people that showed up at a commission meeting based on what really amounted to a rumor that a grocery store was coming. People showed up to pay attention.”

That attention isn’t always positive, however. Stuart recently posted a long response on Facebook to criticism over the announcement of the 45th and Pioneer apartments. The development will bring in 300 units, along with a 10-acre park and mixed-use retail and commercial. Stuart explains that the city has done as much as it can to limit high density development to areas where it will have the least impact, but otherwise have no control over what the developer decides to build there. The developer will be paying for traffic improvements, and paying to minimize impacts to schools by the influx of students.

And that brings us to the next part of this story. Ridgefield School District encompases more than just the city of Ridgefield. Their district currently includes around 18,000 people, and that number could grow to as many as 40,000 or more in the next decade and a half.

Ridgefield schools are currently in the midst of a building boom funded by a 2017 bond measure, and in the planning phase for another bond measure they expect to send to voters next year. With around 400 new students per year expected to flow in, even that won’t be enough to keep up with growth.

Coming up tomorrow in part two of our look at Ridgefield’s growth, we’ll examine how the schools are dealing with what’s coming.

Posted by Ken Vance, Editor
|Friday, March 9, 2018
|in : Staff Opinions, Opinion
ClarkCountyToday.com Editor Ken Vance expresses his infatuation with the city of Ridgefield and discusses a two-part series of stories about growth in the city.
Read more
Tags:RidgefieldClark County