VANCOUVER — On Mon., Oct. 31, the Target Zero Task Force, Clark and Skamania Counties, will hold a press conference to announce the kick off a new $60,000 Pedestrian Safety Zone Project grant. 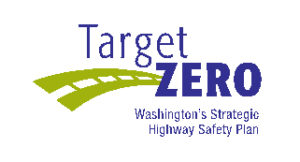 The event will be held at 10 a.m. at the Vancouver Police Department West Precinct in Vancouver (2800 NE Stapleton Rd.).

This grant will put extra law enforcement officers on the road to protect and educate pedestrians, bicyclists, and drivers on their respective rules of the road. The focus will be on zones that typically exist around arterial roadways with high traffic volumes in Clark County.

Participating agencies in this project include:

The Pedestrian Safety Zone Project grant, funded by the Washington Traffic Safety Commission (WTSC), focuses on reducing serious injury and fatalities to pedestrians in Clark County, and raising awareness of the scenarios that can lead to vehicle-pedestrian collisions.

Here are a few things pedestrians, bicyclists, and motorists can do to reduce the possibility of an incident:

The Pedestrian Safety Project is part of Target Zero — striving to end traffic deaths and serious injuries in Washington by 2030. For more information, visit www.targetzero.com.