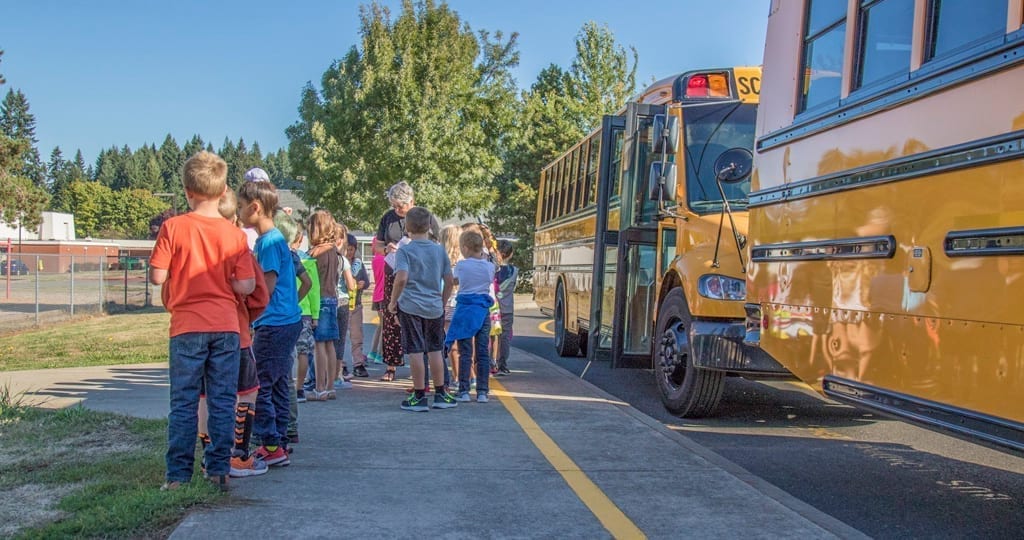 BATTLE GROUND — Members of the Battle Ground Citizens for Better Schools committee have been keeping busy over the last couple of months preparing for the Nov. 8 general election.

The upcoming election ballot will contain an initiative for an $80 million bond for Battle Ground Public Schools.

During a regular meeting of the Battle Ground School Board of Directors back in July, school board members voted 4-0 to place a bond initiative on the Nov. 8 ballot. Board member Jim Pegoraro was absent from the meeting. The bond requires a 60 percent supermajority to pass.

There will be three Bond Information Nights coming up in October to cover the details of the school bond initiative that will be on the Nov. 8 ballot. Community members are invited to attend to learn all about the bond and make the most informed decision when the time comes to vote.

Here is the schedule of meetings:

The decision to run a bond for the district came on the heels of the school board’s approval of the Long-Range Facilities Plan, which was approved in June. The plan, put together over the course of about two years by volunteer community members who made up the Facilities Improvement Team (FIT), creates a facilities plan over the next two decades in three phases.

“The board voted to accept this plan,” said Mark Hottowe, superintendent of Battle Ground Public Schools. “It is the district’s road map for growth over the next 18 years.”

According to information sent out by the district, the members of FIT prioritized projects into those three phases that would maximize eligibility for state funding assistance, and create a predictable and stable tax structure for the taxpayers in the district. They did all of this while also taking into account the community’s needs for their schools.

Each phase of the Long-Range Facilities Plan lasts six years and is predicted to cost approximately $80 million in local bond funding and $50-$70 million in state assistance.

“The bond essentially has two parts,” Hottowe said. “We will rebuild schools at Pleasant Valley and Glenwood and Laurin, and hopefully two new schools in the south. We will build or rebuild six schools with this bond.”

Dave Halme, a Battle Ground community member who headed up the Facilities Improvement Team, said that one of the things the members of the team did when they were looking into the possibility of running a bond was the district’s current bond debt.

“Taxpayers have paid for capital assets,” Halme said. “The district needs to assure the community they are preserving those assets. The district had some buildings that should’ve been replaced sometime back. The lion’s share of the districts in the area typically pass a huge bond, and then in 10-15 years they need it again.”

“So, what has traditionally happened to taxpayers is that their taxes go sky high, go down when the bond is about to be paid down and then shoot back up again,” Halme said. “Doing the long-range plan in increments will stabilize the tax rate. Taxpayers can see what’s coming in the next 6-10 years and they won’t see those huge jumps.”

Hottowe said district officials and the FIT members feel like this will be manageable tax rate, and the benefit for the money will be well worth it.

“The tax rate for this bond is less than most (other districts),” Hottowe said. “We definitely don’t want to cause the community any undue hardships. We needed a Long-Range Facilities Plan in order to be able to do the stable tax rate. This district has never been able to do a stable tax rate before.”

Hottowe said he feels like community members have weighed in strongly regarding their thoughts on facilities, overcrowding and growth within the district. According to district officials, more than 1,900 community members, parents and staff participated in the facility-related Thoughtexchange process through the district’s website last spring. Those who participated shared their thoughts and ideas about school facilities and asked questions about future projects.

“The bulk of feedback on facilities came from the Thoughtexchange,” Sanders said. “The main concerns of those who participated were overcrowding, facility maintenance and safety. Many people said ‘we need a bond.’”

Hottowe added that current projections show that some 2,000 additional students will come into the district within the next 10-15 years.

The upcoming $80 million bond, which will be for Phase 1 of the Long-Range Facilities Plan, will include:

Over the past two years since the FIT was put together, Halme said they went through quite a process to arrive at the decision that running a bond was pretty much the only viable option for the district.

“The long-range planning process has been used successfully for many years,” Halme said. “You look at what you have, what you need and how you’re going to get there.”

FIT members went through the process of looking at the condition of all the facilities in the district and did a condition survey in order to determine their inventory of buildings. Then they looked at things like if the building needed to be renovated, remodeled or replaced, and which option was most cost effective for each individual building. They also heard from principals, teachers and other staff in regards to what their needs are.

Halme said he is confident that the bond will pass this coming November.

“Yes, I feel the bond will pass,” he said. “I know in my work, I deal with a lot of rural landowners, and many of them have been skeptical, but I believe since the district has followed through with a comprehensive planning process, they really exceeded expectations with the planning and the way the bond is packaged. Landowners will embrace that. The future for Battle Ground looks bright. I’m excited that this bond will go forward and be a new beginning for facilities.”

“There’s always going to be a little bit of that (concerns from patrons), but I’m hoping that those who were disappointed, I was one of them, will see that there have been major changes in the district,” Halme said. “The district is actively seeking community involvement and are being transparent.”
For more details on the upcoming bond, visit www.battlegroundps.org/bond.