Changes, if any, would not affect this coming Fourth of July

BATTLE GROUND — “Were July 4th not a legal holiday, the fireworks celebration aftermath in our neighborhood would be considered deliberate littering and property damage.”

That’s the point of view of one resident, who spoke in front of the Battle Ground City Council this week. Elizabeth Duke is one of a growing number of people frustrated with the damage caused by the annual celebration of America’s independence.

Clark County’s 2nd-largest city is one of only 77 jurisdictions, out of 266 total in Washington state, with no restrictions on fireworks beyond those covered in state law. Last 4th of July was the first in the city of Vancouver to have no fireworks allowed, and Clark County recently limited the number of days fireworks can be bought and used south of NE 219th Ave.

During the Monday council hearing, councilor Brian Munson pointed out that the topic of restrictions on fireworks had come up eight times last year.

“We spent 30 percent of our time last year talking about this,” Munson said, “and every time we voted to keep everything the same.”

This time around the council was presented with five options to consider:

Any changes wouldn’t take effect for one year, meaning nothing would happen until July of 2019, and only if Battle Ground made the change before this coming Independence Day.

During last Summer’s celebration, members of the council assisted with taking complaint calls. While there were at least a couple dozen, councilor Philip Johnson pointed out that amounted to just a small percentage of the city’s population.

“To make changes for 1/1000th of the city seems a little odd to me,” he said, adding that he might be in favor of a change to allow banning fireworks when conditions are dry.

During public comments, Duke brought out a bag filled with bits of fireworks debris she’d collected in the Sixth Street Station home she and her husband had purchased in 2012.

“I can’t begin to tell you how shocked and heartbroken my husband and I were,” she said. “When we returned from a trip on July 5th, seven months after moving into our first brand new house, to find our yard totally littered with various sized pieces of cardboard and paper. What was a very pretty and pristine neighborhood now has gunpowder-stained gutters on almost every house, a situation that can only get worse every July 4th.”

Duke said she took her complaints to the Homeowner’s Association, and was surprised at the backlash.

“My remarks were greeted with an uproar of ‘fireworks are legal!’” says Duke. “Several male HOA members shouted that they have rights, and that I should move. Had I suggested that guns should be taken away the reaction couldn’t have been any worse.”

She added that their neighborhood has a lot of teenagers, and they became a target in retaliation for their stand against fireworks.

“One of our yard sculptures was vandalized,” she told the council. “My parkway wildflowers were repeatedly trampled and pulled up. Air was twice let out of the tires of our car, and a desiccated rat was left in our driveway.” 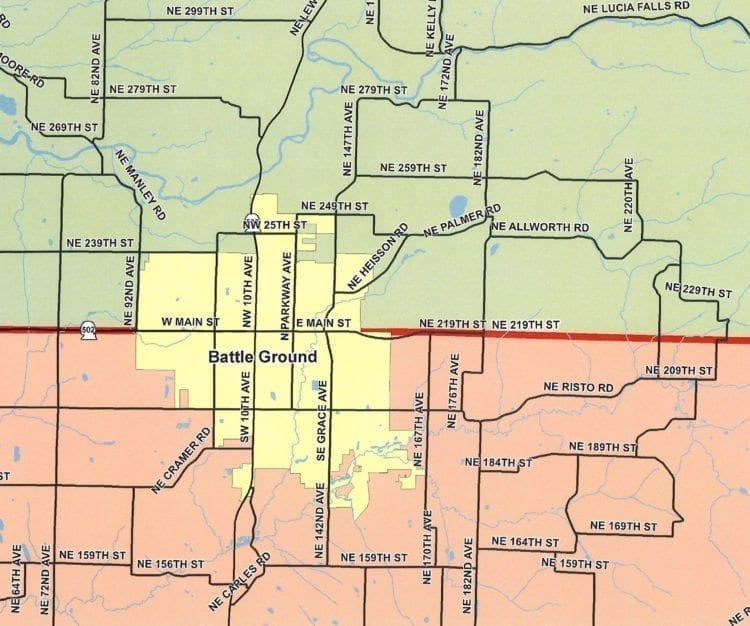 At least one council member shared Duke’s viewpoint. Adrian Cortes said he once loved fireworks as a teenager, but now finds the holiday frustrating.

“As an adult, it’s the one holiday where I get to pay for my neighbor’s fun,” he said.

One suggestion from city staff was to do a citizen survey, to see how residents of Battle Ground feel about fireworks. Mayor Mike Dalesandro approved of that idea, but agreed with fellow council members who worried such a poll would be highly unscientific and likely to be swayed by younger residents, who would heavily favor keeping things as they are. 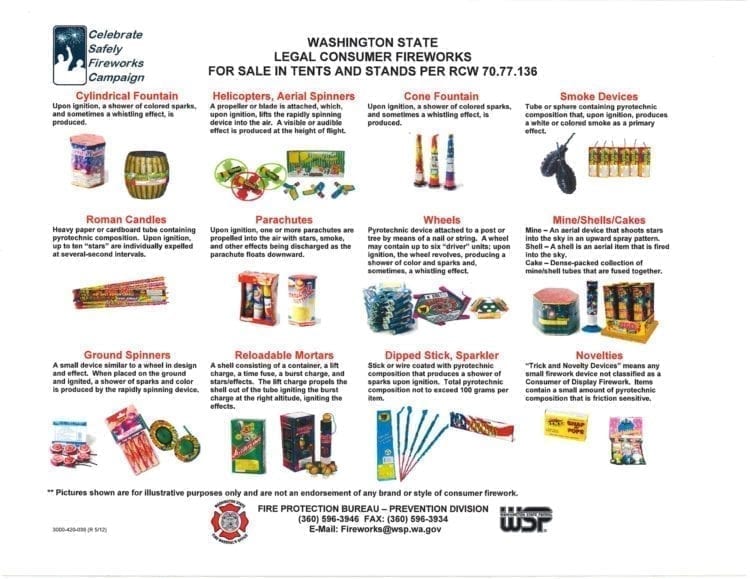 “It seems the responsible thing for us to do, to look at it,” Dalesandro said. “I’m in favor of citizen outreach, as long as it’s done in a way that’s a little more scientific.”

How to accomplish that was left up to staff.

The council members also asked staff to narrow down the list of possible changes. Munson said he felt a ban on aerial fireworks, similar to Portland’s, would do little to curb the problem of fire danger.

“(Last September) I asked which was the worst, an aerial or a ground. They said ground (fireworks) cause more damage in the long run,” says Munson. “So we’re looking at bringing in more restrictions that are going to be harder to enforce on fireworks that are a nuisance, rather than a danger.”

Councilor Steven Phelps signaled he would be in favor of at least some changes to the current rules.

“If this were a perfect world, and we didn’t have to worry about satisfying everyone,” he quipped, “we would probably choose the one that Vancouver took.”

Several members of the council said they do feel that complaints over fireworks have been growing as the area becomes more densely populated. An alternative idea tossed out would be to simply ban setting off fireworks in public streets, to avoid some of the massive parties that happen in neighborhoods like Elizabeth Duke’s, where not everyone is happy about it.

No firm date was set to follow up on the issue of fireworks, but the fuse appears to be fully lit on the topic in Battle Ground yet again this year. Whether it’s a dud or not remains to be seen.