This year, he will be playing for his high school.

This year, Stell will be leading the Seton Catholic Cougars back to the football field.

“It’s honestly so motivational for all the kids coming out for football. We get to really start a legacy at Seton. We have our team, our field,” Stell said.

A year ago, as the students were moving into their new school, to their new campus, there weren’t enough football players to field a varsity squad. So the Seton Catholic football program was suspended for a year and players joined forces with the Knights and played at King’s Way Christian.

Stell had five 100-yard rushing games and scored seven touchdowns for the Knights. And while he appreciated all of his new teammates at King’s Way, he is a Seton Catholic student. This year is going to be a blessing.

“It’s our own thing now. We don’t have to share it with another school,” Stell said. “It’s our baby. We get to grow it.”

The school was trying to get final authorization to open its new football field earlier this week, but the plan is for the Seton Catholic Cougars to play home games. Real home games.

Before 2016, Seton players had to carpool to practices, find other stadiums for home games.

“Now we can step out the front door (of our school) and we can play some football,” Stell said.

Yes, it is football, but it is not a traditional football schedule.

The Cougars will play an independent schedule that will include two games against Trico League opponents. And in a rare scenario, the Cougars could make the playoffs. It will not be easy, nor should it be, but it is possible: Seton must win at least six games, and three of those victories must come against Stevenson, White Salmon, and Elma, a school official confirmed.

Stell said he believes it is possible.

No matter who makes it to November, this is about a fresh start for Seton Catholic.

“There is an opportunity (for the playoffs) but one step at a time,” Seton coach Will Ephraim said. “We have 26 players signed up, ready to go. It’s looking positive for us.”

Ephraim noted that team camp at Eastern Oregon University in July showed him the potential of this squad.

Stell will be a huge part of the relaunch. He will have a lot of help, too.

Taj Muhammad, another running back, had more than 500 yards from scrimmage last year for the Knights. He and Stell will cause matchup problems for a defense.

Bobby Voitik will anchor the linemen. Ephraim said his dedication in the the weight room has turned him into a leader.

At quarterback will by Tyvauntae Deloney, a sophomore who will only get better with experience. He understands the offense and has a nice touch on his passes.

Stell is one of four seniors on the squad, and he said he will be the lone Cougar to have played four years of high school football.

Playing for a relatively new program was one of the reasons Stell opted to attend Seton Catholic. The Cougars started their varsity football program in 2012. Stell was a freshman in the fall of 2014.

“I thought it would be cool to go somewhere new and start something,” Stell said.

He had no idea he would get to do that twice at Seton. It was disappointing when the Cougars shut down last season, but he and his classmates made the most of it.

“This year, it’s more about leaving a legacy at Seton, keeping the football program growing. If you have a good football team, the school year is going to be way better,” Stell said. 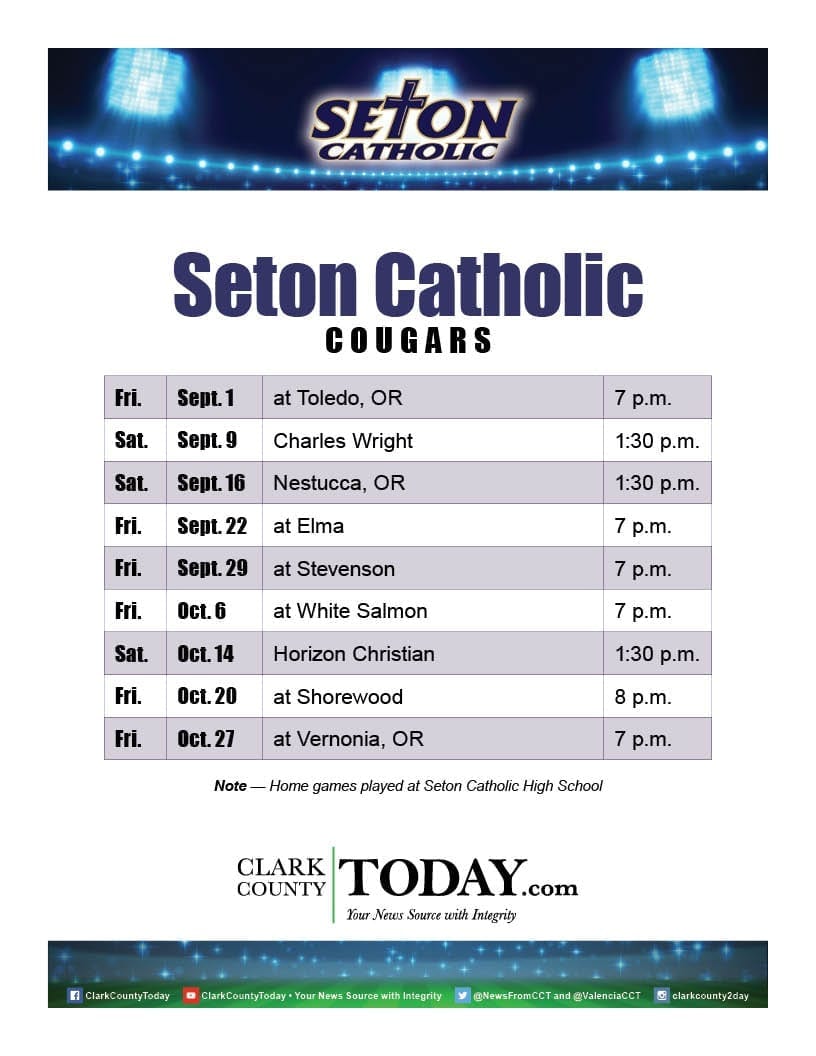