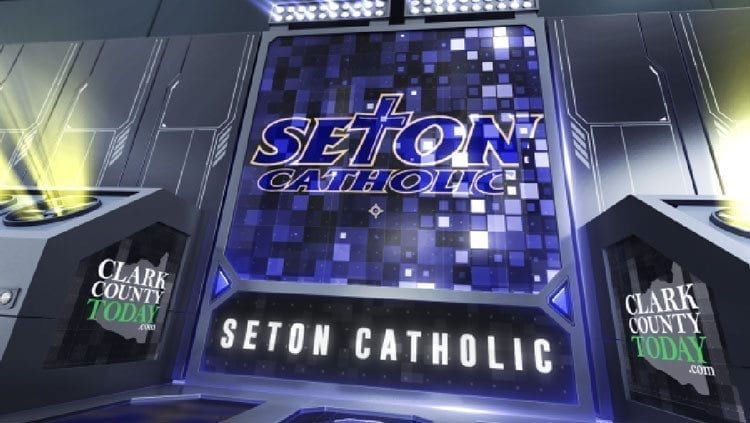 Cougars finish season with a 4-4 record

The Cougars finished their season strong, rallying for a win in Oregon.

Vernonia took an 18-point lead over the Cougars in the first half, but that did not stop them.

“We could not run effectively, but they couldn’t stop our passing game,” Seton Catholic coach Will Ephraim said. “Six receiving touchdowns, and two were called back.”

The key play might have been right before the half when quarterback Tyvauntae Deloney found Taj Muhammad for a 95-yard touchdown pass. According to the school’s website, that’s the longest play in Seton Catholic football history. (Yes, I know, Seton Catholic does not have a long history, but that was one long play!)

The Cougars would eventually take a 28-26 lead, but then Vernonia regained the lead in the fourth quarter.

Jonathan Stell scored the game-winner for Seton Catholic with 3 minutes to play.

Deloney on offense for connecting on 17 of 28 passes for 290 yards. And the coach gave the whole defense credit for slowing down Vernonia when it mattered most.

Seton Catholic set a school record for most wins in a season. Remember, the program could not even field a team last year due to lack of participation.

Look for the program to continue to rise in the future.