Next: vs. Mountain View, 4:30 p.m. Thursday at McKenzie Stadium

The Trappers are still struggling but also still battling. They scored two second-half touchdowns in this one. 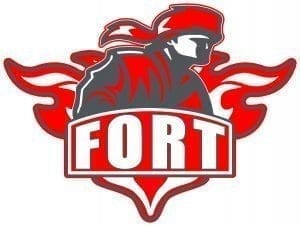 Evergreen did not score on its first possession. A big part of that was a sack by the Fort Vancouver defense.

Nehemiah Polk-Rasheed scored for Fort Vancouver on a 17-yard run in the second half. Couldn’t see the jersey numbers but there were two great blocks downfield to get him into the end zone. Proof that the Trappers are still fighting is when you see everyone on the field trying to make block.

Quarterback Devyn Turner found Shawn Mintah for a touchdown pass in the fourth quarter, giving the Trappers something to feel good about after the game.

MVP on defense: Ezekiel Block. “Made a few plays where he stretched things out,’’ Broussard said. “He does his job. Consistent.”

Thoughts on Week 7 vs. Mountain View: “Come out and compete,’’ Broussard said. “That’s always my expectation. Try to start fast. Try not to hurt ourselves early in the game.”