Students are back to class after spring break, and that means the athletes are back in action.

Baseball teams in Clark County got started in league play just before the break and are now ready for the stretch run.

Skyview, which made it to the state’s final four last year, is the hot team again in Class 4A.

King’s Way Christian, the defending state champions in Class 1A, look to have another promising start, too.

Here are some notes on all teams from Clark County, along with some top hitters and pitchers from around the region:

“Our team is very resilient. We are comfortable in playing a variety of styles of baseball, whether it be a close 2-1 pitchers’ duel or an 8-7 slugfest,” Skyview coach Seth Johnson said.

“This is a great team to coach. They have the ability to stay loose and have fun all while maintaining the proper focus to be successful.”

“We have a lot of first-year varsity players in the lineup and our learning curve has been pretty steep, but we are continuing to improve as guys are gaining experience,” Camas coach Stephen Short said. “It’s clear that pitching and defense will be the key to our success this season.”

“A tough non-league schedule has prepared us to make a run in the competitive 4A league,” Union coach Ben McGrew said. 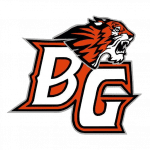 The Tigers struggled in the early going but did get a win over non-league rival Prairie.

And on Monday, Battle Ground got a walk-off win for its first league win. Tanner McDonald got the game-winning hit.

No report for top players..

“First and foremost, we have a team of workers,” Mountain View coach Aaron Coiteaux said. “During spring break we had about seven to eight kids who didn’t take a day off. They organized their own practices during the four days I gave them off.

“Secondly, we have talent but aren’t where we want to be. We have many things to work on and hopefully by year’s end we will have accomplished those things and can look back at the year and say it was a successful one.”

“I’ve learned that we will live and die with our pitching and defense,” coach Chad Burchett said. “Scoring enough runs will be our challenge each and every game, but our young offense is starting to show some signs.”

Carter Monda: 2 saves with 11 strikeouts in 5 IP of relief

“The kids are a lot of fun to work with, and we’re extremely young,” Prairie coach Don Freeman said. “We’ve been in every game. We play well but always find a way to allow the other team to score late in the game. It’s going to take some time.”

The Falcons got one to go their way Monday. Josiah Nickel drove in two runs plus pitched six innings, giving up one run, in a victory over Hudson’s Bay.

“We’ve learned that we’re close to taking the next step in our program’s rebuild, and that we’ve earned the respect of the other teams in our league,” Fort Vancouver coach Owen Frasier said.

“We have a lot of young pitchers who are still trying to figure out how to pitch at the varsity level. The more experience we get on the mound, the more successful we are going to be as the season progresses,” Bay coach Rick Skinner said. “Offensively and athletically, we are very strong. Hitting .336 as a team to date.

“We need to get a key win to catapult us for the rest of the season. This is a big week for us.”

Monday, the Eagles showed great fight, scoring three runs in the seventh inning but just missing the comeback, losing by a run to Prairie.

“They are competitors. They are also hard workers who are going to put in the work at practice no matter if we are outside or stuck inside,” coach Shaniko Ristau said.

“A lot of our players are guys who played on the state championship football team and they know how to deal with big games and pressure situations. That is huge in a very mental game like baseball. If you are physically and mentally ready to play, there should be nothing to stand in your way.”

“I think we’ve learned that we can be pretty good at all three facets of the game, but we still have to learn how to put them together at a high level,” Ridgefield coach Nick Allen said. “We’ve also learned that we have a deep roster with a lot of guys who can contribute.”

The Spudders played baseball in Arizona during the break.

“Great experience for (Northwest) players to get down there and experience that,” he said.

They returned from Arizona and picked up a league win Monday. Jimmy Wallace drove in four runs. 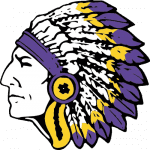 “We should be in most every game with how well our pitching staff has thrown. We have defended well, but offensively we have a lot of work to do to get to where we want to be at the end of the year,” Columbia River coach Stephen Donohue said. “We have faced a lot of really good arms in these first … games so we will be prepared as we move forward in our league play.”

The Chieftains got the post-break part of the season off to a fine start Monday. Nick Nygard and Kade Gerlack combined for a no-hitter in a win over Mark Morris. Nygard struck out 11, pitching into the sixth inning.

“Very talented group of young men. I lose a group of seniors this year who I have had the privilege of watching grow up on the baseball field,” Washougal coach Jaycop Collins said. “The majority of our varsity roster have known each other and played together since Little League.”

“I have a lot of guys who are tired of losing. They’re ready to step up. Starting to realize the potential,” Woodland coach Hunter Huddleston said.

Monday, the Beavers got their first league win of the season, topping defending league champion Hockinson.

“It was a real eye-opener to show what we are capable of doing. Hopefully we can build momentum off of it.”

Wyatt Wooden: Moved over from shortstop and has a 0.50 ERA. “He’s been clutch for us.”

“When we are at full strength, we can be pretty dangerous,” King’s Way Christian coach Gregg Swenson said. “We are still learning as a team the expectations of the new coaching staff, but when the players just play, they can be pretty good.”

Oh yeah, the Knights are the defending state champions. 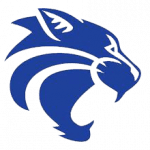 Three seniors are carrying the load with the bats for the Wildcats, according to coach Rob Williamson.

Senior Clint Smith has the most innings pitched and he has a 2.63 ERA. A pair of freshman have solid numbers, too. Irving Alvarez with a 2.10 ERA and Tom Lambert with a 2.30 ERA.