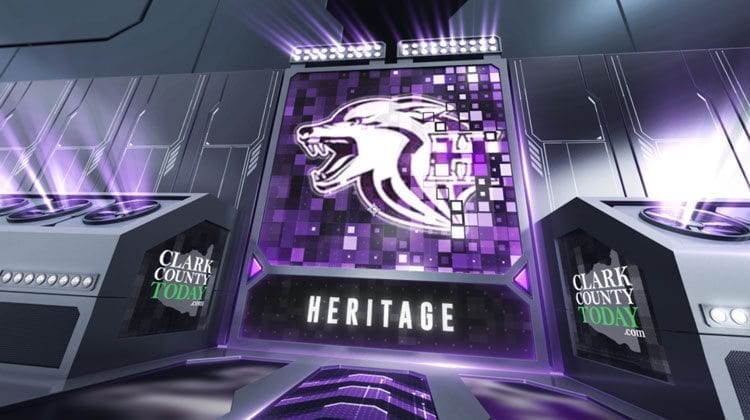 Heritage had some highlights but fell victim to big plays and one of the best running backs in the state.

That score will haunt the Timberwolves. Yes, they know they got beat. They know Union is the better team. But they feel they are better than that score.

And the next day, when the team arrived to discuss the game, the players all left believing they could have had a better showing. More importantly, they believe they will have better showings in the coming weeks.

Gracey said he told the players that the way they played in the first half is the team he wants to see the rest of the season.

Heritage went 58 yards on 10 plays and scored on the opening drive of the game. There was a fourth-down conversion, with the Timberwolves running behind the blocks of Aevry Napoleon, Hunter Larson, and Adam Gray. The next play, Michael Taras threw a perfect pass while on the run. That was followed by a QB scramble for positive yards, then a great read by Taras for another long run. Taras would cap the drive with a TD run.

Yep, Union got a lot of points.

But at least one drive ended in Heritage’s favor in the first half. Leo Contreras used his speed to chase down a Union ball carrier for a loss of 5. The Union offense sputtered in its attempt to get the 15 yards needed for a first down and would punt.

What did Matt Gracey learn about his team in Week 5? “It was a tough one. The sad thing is we played really well. People won’t notice this, looking at the scoreboard. It was six huge plays, and they were all touchdowns. Just a learning experience for us.

“They all count. Big plays count. But every other play, we played really well.”

Gracey added it was just too much Jojo Siofele, Union’s running back who rushed for more than 200 yards.

“I thought we did a good job on everybody else,” Gracey said. “He’s, in my opinion, the best back in the state.”

MVP on offense: Lineman Solofua Vercher graded out at 90 percent, the coach said.

MVP on defense: The defensive backfield, led by Ammon Garrison and Kahai Umiamaka.

Thoughts on Week 6 vs. Benson: “We’re on one of those spirals right now,’’ Gracey said. “We have to make sure we don’t overlook Benson. We need to come out and execute. Their coach has done a fantastic job with that program.”

(Benson did not field a team two seasons ago and is in the process of a total rebuild. The Techmen have two wins this season.)