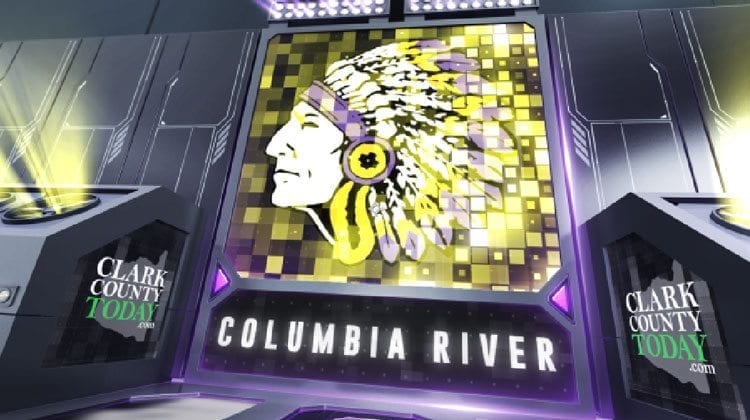 Chieftains can still finish as high as the No. 2 seed from the Class 2A GSHL

Next: at Ridgefield, 7 p.m. Friday

Columbia River broke out big-time on offense and clinched a playoff spot with a win over Mark Morris.

Going into Week 9, we already know the four playoff teams from the 2A GSHL.

Hockinson, as league champion, will be the top seed.

Then there are Columbia River, Washougal, and Woodland. Those three teams will fill out the postseason bracket from the 2A GSHL but we don’t know the order. Washougal is locked in at 4-2 and plays a non-league game this week. Columbia River and Woodland, both 3-2, hope to join Washougal at 4-2. If all three tie, there would be some sort of tiebreaker for seeding purposes next week.

Who saw this coming?

The Columbia River Chieftains scored 25 points in Week 4. That was their high for the season through seven weeks.

Plus, they needed a lot of those points. Mark Morris scored on its first drive of the game and also took a 12-7 lead early in the second quarter.

The Chieftains, who use two quarterbacks, scored the next five touchdowns to take control.

Matthew Asplund found Nathan Kunz for a 43-yard pass play to set up the first of those five TDs in a row. Then Julian Garcia scored his second touchdown of the game on a quarterback keeper.

A 17-yard pass from Asplund was the key play of the next TD drive. Koben Jamison scored on a short run.

Jamison scored next on a 36-yard run. Offensive lineman Beau Braden sealed the edge for Jamison. Braden could be seen still blocking his guy 10 yards beyond the line of scrimmage.

In the third quarter, Asplund did the easy part with a short pass to Kanen Eaton, who then did most of the running on a 60-yard pass play. There were Chieftains blocking down field all the way to the end zone.

River went with a trick play to set up the fifth touchdown of this run. Kunz, the wide receiver, took a pitch, then threw deep to tight end Tristan Hoyer for a 33-yard pass to get inside the 5-yard line.

What did Christian Swain think about his team’s performance in Week 8? “I thought we finally played mistake-free in the first three quarters on offense. I was pleased with the way we executed with no turnovers, no penalties, and no dropped balls. We scored on every offensive possession until the fourth quarter when we were subbing younger kids and things got a little sloppy.
“Defensively we did enough to get stops when we needed them and keep some cushion. I would’ve liked to have seen us tackle and shed blocks better.”

MVPs on offense: Asplund had two touchdown passes and close to 300 yards passing with no interceptions. Eaton had close to 150 yards receiving.

MVP on defense:  “Koben Jamison was all over the field as normal,” Swain said.

Remember last year: In 2016, Ridgefield beat Columbia River in Week 9. That cost River a share of the 2A GSHL title. The Chieftains can’t win a league title this year but need a win to assure themselves a chance at getting the No. 2 seed.