VANCOUVER — The other team tried to run the same play twice in a row.

Big mistake with Koben Jamison in the defensive backfield.

On the first attempt, a receiver did get open but the quarterback missed his man.

Jamison noticed, communicated with the rest of the defensive backs, and made an immediate adjustment.

Sure enough, on the next play, Jamison saw it all develop. That receiver that was open on the previous play, well, he was not open this time. Jamison got the interception, then ran it back for a touchdown.

It was this play, in Week 4 of the 2016 high school football season, when Jamison knew he had something going, that he really had made it as a defensive player for the Columbia River Chieftains.

As a sophomore, he thought of himself more of a wide receiver. As a junior, though, the school’s new coach saw his player’s potential on defense.

Jamison put trust in the move, and by November, Jamison was named the Class 2A Greater St. Helens League’s Defensive Player of the Year.

Now as a senior, expect Jamison to be even more dominant. His coach will move him around to let him do his thing.

“He can play everywhere,” Swain said. “He just does everything.”

“Don’t be afraid to play somewhere you’re not used to,” Jamison said.

The athlete is quick to point out he has not mastered anything. He continues to ask questions about coverages and zones. There are different roles for the positions he plays on defense.

His key, he said, is taking in all the coaching, all the advice, and applying it on the field. Jamison credits Swain for his success.

“The man is a genius. He knows what he’s doing,” Jamison said. “The way he sees football. It’s a different language than everybody else thinks. We feed off his knowledge.”

A year ago, the Chieftains just missed out on a Class 2A GSHL title. Leading Hockinson for most of the night, the Hawks scored a touchdown and a 2-point conversion in the final seconds for a one-point victory.

“That game really hurt. We definitely will come back with some fire,” Jamison said. “It made us rethink what we needed to do. We’re going to work harder than last year. We’re smaller this year so we have to work a lot harder.”

Swain said this is a “dangerous” year for River. He honestly believes the team is better this year than last year because it is the second season in his system. At the same time, the squad will have five new starting offensive lineman.

So, yes, Swain said he thinks this team should be in contention for a league title. But, he warned, it also could be a two-win team.

“We’ll have to see how fast these guys pick it up,” Swain said.

Defensively, though, the Chieftains will be “pretty special,” the coach said.

On offense, Matthew Asplund and Julian Garcia are competing for the starting quarterback’s job. Going into August practice, there was no clear-cut favorite, the coach said.

Perhaps one of those guys will have a season like Jamison had last year: stepping up into a new role and crushing it.

“After sophomore year, I was surprised I’d be starting on defense,” Jamison said. “I just embraced it. I took it for what it was and did what needed to be done.”

He impressed his coach along the way.

Jamison is not exactly sure about college just yet. He expects to be a college athlete but is not sure of which sport. He also excels in baseball.

For now, though, he just wants to focus on this last football season with the Chieftains.

“We’re all one big happy family,” Jamison said. “That’s going to be what is part of our success, how close we are.” 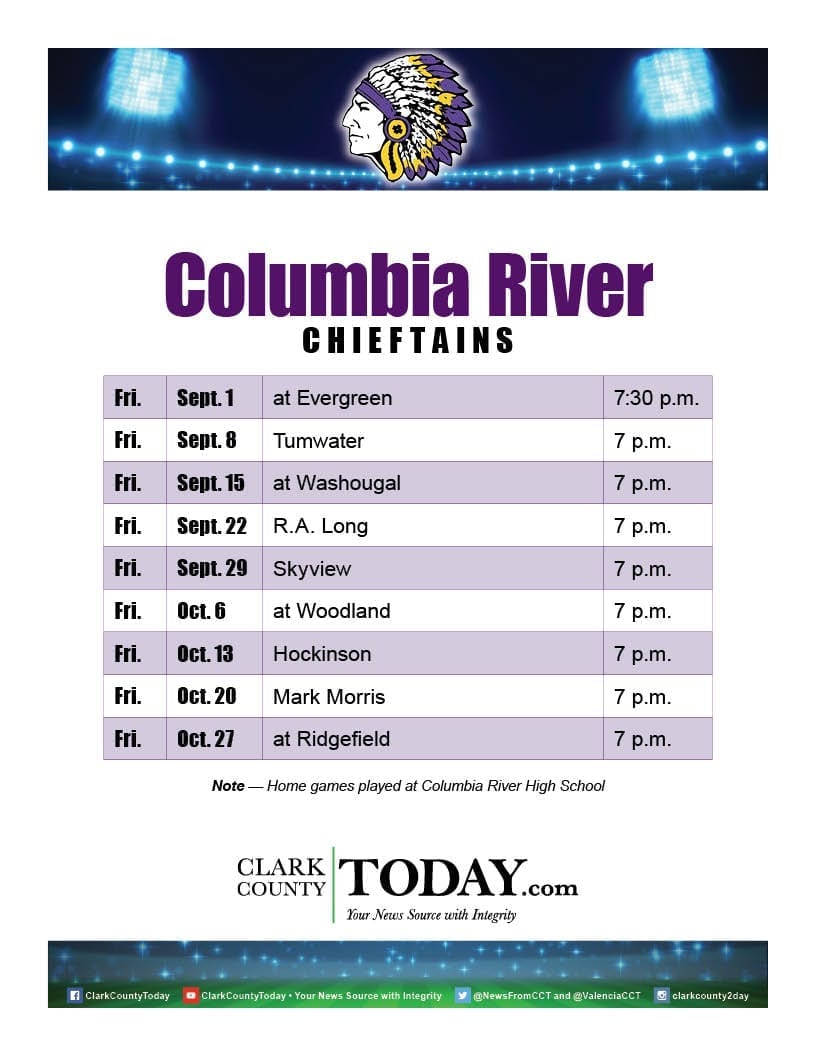