Just like that, it’s time for the stretch run of the regular season in high school basketball. Here are some notes on the Clark County teams in the 2A Greater St. Helens League and the Trico League 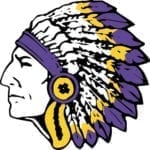 “We are where I thought we would be at the mid-way point,” Columbia River coach David Long said. “We have four of our top six back from last year, and we played a lot of basketball this summer and fall, so there really was not a lot of surprises.”

The league is balanced, Long said, but at this time, the Chieftains are the team to beat.

“Mark Morris, of course, will always be in the mix. We got them at our place the first go around, but we did that last year, as well. We know they will be much tougher to beat at their place (on Jan. 23).”

Evan Dirksen and Nate Snook continue to lead the team in scoring. Jack Armstrong, the coach said, is one of the premier defenders in Southwest Washington. Cade DeZort is a long-range threat. Matt Asplund, Alex Miller, and Marc Miranda are all in the main rotation, as well, helping the Chieftains into first place.

Columbia River is No. 5 in the Class 2A RPI.

“With nine new varsity faces we were not sure what to expect, but the maturity of some young players and the addition of some new faces have been a pleasant surprise for the Spudders,” Ridgefield coach Jason Buffum said. “Still a lot of season left and many tough tests ahead of us.”

Ridgefield has won six of its past seven games.

Josh Mansur is leading the team in scoring at 15 points per game. James Corey is grabbing 12 rebounds a night. Matt Gama leads the team in assists at 4.5 a game. Stefan Vossenkuhl has the hot hand from 3-point range.

“We need to play consistently and finish games,” Woodland coach Andrew Johnson said. “At times, we would get the lead and then start to go away from what got us there. That would compound into us not being able to close out games.

“On the good side, we found we can play with anyone. This group of young men understand what it takes and are willing to do whatever is asked of them. This is a very close group that plays for each other. This is going to be a fun final stretch.”

It all starts with defense, Hockinson coach Jonathan Warner said.

“When we have great energy and effort on defense, it not only creates easier offensive opportunities for us, but it also helps us to survive stretches when our shots aren’t falling,” Warner said. “When we play solid defense, I believe we can compete with anyone in our league.”

Micah Paulsen leads the team in scoring at 18 points per game. Dakota Sounders adds 13 a night. Sawyer Racanelli is at nine points and nine rebounds per game.

“We will need to rely on our defense to hang with the teams in our league,” coach AJ LaBree said. “With the early season injury to Jakob Davis, we’ve had to rely on young and inexperienced players to step up and fill the void where he was expected to produce big numbers.

“Overall, I’m very pleased with the effort the boys put forward night in and night out. Effort is not an issue with this group.”

Carer Murray is leading the team in scoring at 16.1 per game. Kol Mael is averaging close to 11 a game. Dalton Payne is the team’s top rebounder. 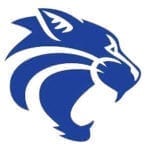 It has already been a successful season for the Wildcats, but they want more. A lot more.

The only loss has come against top-ranked Lynden Christian. La Center is No. 2 in the state’s RPI. And the Wildcats have played the toughest schedule in the state for a 1A program.

La Center is in search of a third consecutive league title.

Hunter Ecklund eclipsed the 1,000-point mark for his career. He is a junior. Senior Avery Seter is closing in on 1,000 point.

Isaiah Parker is yet another player who has reached 1,000 points for his career. He is leading the way for the Cougars in what has been a strong start that now includes a win over rival King’s Way Christian.

The Cougars also scored 100 points in a game for the first time in program history earlier this season.

“The most important thing we have learned so far is how much more fun we have and effective we are as a team when we play together,” coach Daven Harmeling said.

The Knights had won four in a row before a loss Tuesday to Seton Catholic.

Khalfani Cason leads the team in scoring (14 ppg) and rebounding (6.5). Bryson Metz is leading the team in assists.