AMBOY — Wayne Sutton, of Amboy, has been around chainsaws his entire life. While in college he began working at a saw shop, and his love for the machines grew exponentially.

Now, he works for chainsaw monolith, Stihl, and among other things, manages the Chainsaw Museum at his home in Amboy.

“I’m still learning everyday, new and different things to do with chainsaws,” Sutton said. “The history isn’t all that long, it’s fairly short, and here in the northwest we were right in the middle of a lot of the development that took place.”

Hundreds of saws from various time periods line the walls, ceiling and even the floor. Models used in WWII, models from the Soviet Union, China and even the UK all have a place at Wayne’s Chainsaw Museum.

The “unofficial” museum is open to the public by appointment with Sutton. He can be reached at wasaw@tds.net to set up a time and day for a museum tour. 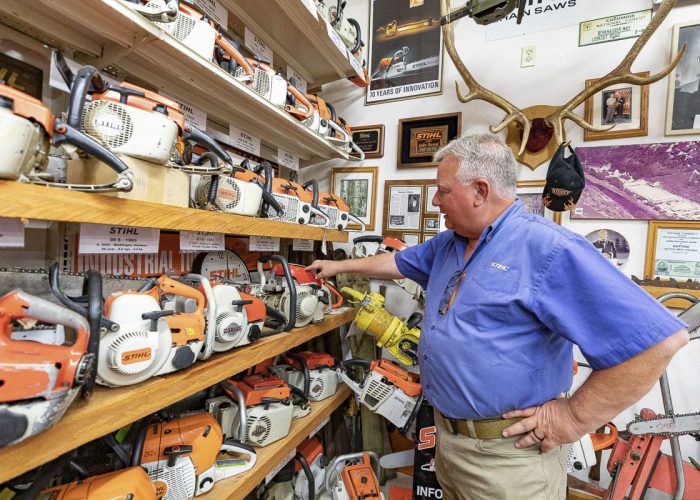 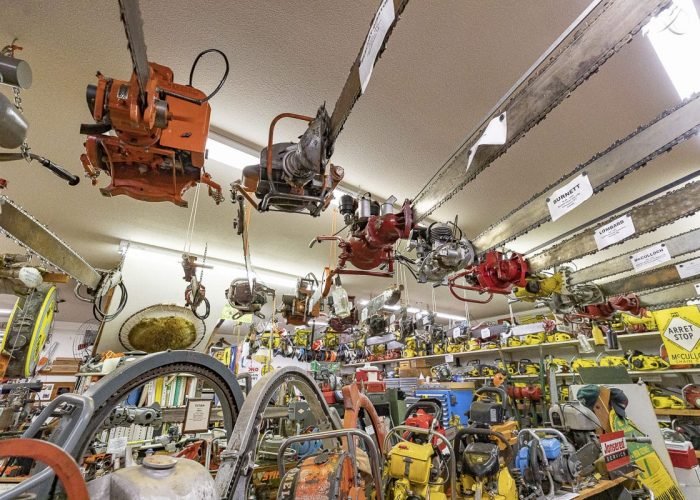 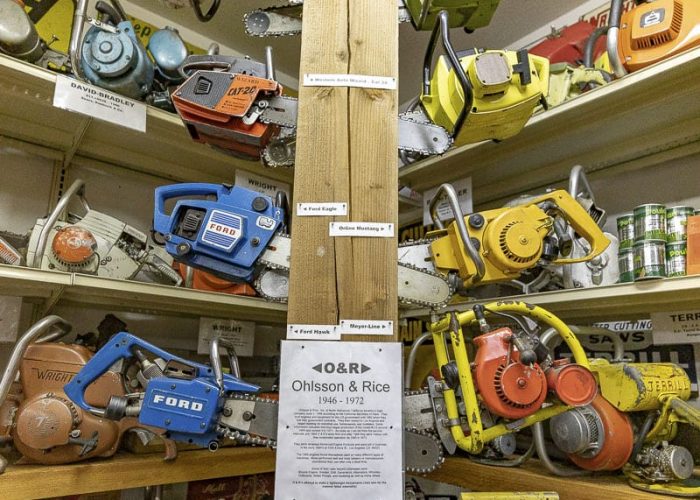 In the future, Sutton said he hopes to have the museum grow and live on through possibly one of his sons and the community.

“Not a whole lot different than any other collectable,” he said. “I realized how many different versions and different types there were, and that really got me hooked.”

Jacob Granneman is a filmmaker and writer from Clark County. He is a graduate of WSU Pullman’s Edward R. Murrow College where he studied journalism and media production. He has produced documentary stories all over the Pacific Northwest and abroad in Argentina. He has won a regional Emmy and Mark of Excellence award from the Society of Professional Journalists for his film work. His passions range from sharing the love of Jesus, to cinematography, to going on adventures in the most beautiful place on earth, i.e. his backyard. He lives with his wife and son in Vancouver, WA. Proverbs 16:3