The production will be performed in the company’s quaint and intimate home of Love Street Playhouse, 126 Loves Ave, Woodland, Oct. 7–30.

Love Street’s production of Blithe Spirit is a comic classic. After a “spirited” séance goes decidedly wrong, the cantankerous novelist Charles Condomine (played by Vancouver actor Jason England) suddenly finds himself face to face with the ghost of his deceased wife, Elvira (played by Rebecca Ovall of Vancouver) … much to the chagrin of his current spouse, Ruth (played by Alicia Turvin of Vancouver).

Love and marriage devolve into laughter and mayhem when Ruth is accidentally killed and united with Elvira on the “other side.” Together the paranormal pair of blithe spirits haunt their hapless husband with hilarious consequences. 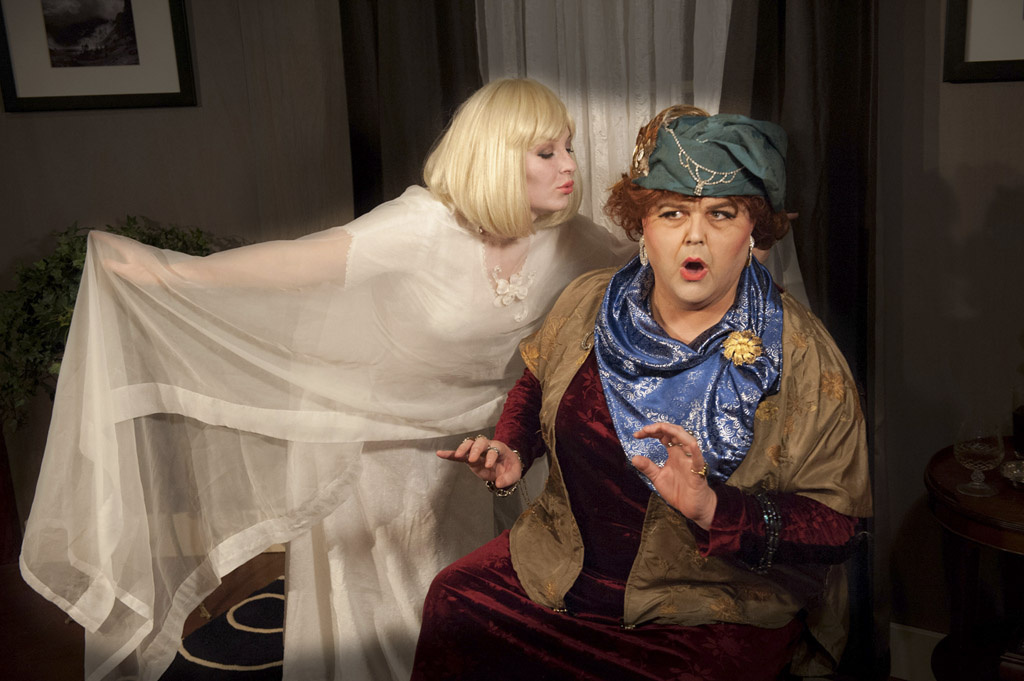 Dorinda Toner of Vancouver directs the cast of veteran actors at Love Street Playhouse. Most recently she directed The Heidi Chronicles at Hillsboro Artists’ Regional Theatre and is currently the Artistic Director for Twilight Theatre in Portland, Ore. Toner has directed dozens of plays and has won several awards for her work. Spamalot! at HART, for which she was Director and Musical Director, recently won the Applause NW Ovation Award for Favorite Regional Theater Show of the Year (2015). Other shows previously directed near and dear to her heart are:  Becky’s New Car, Family Hardware, Wit (Winner – Slocum House Theater Best Show 2009), The Curious Savage, Pride & Prejudice, Thoroughly Modern Millie, The Laramie Project, and Every Christmas Story Ever Told, And Then Some.

“We are so excited to bring Blithe Spirit to our Love Street stage this October,” says Melinda Pallotta. “We are known for presenting murders and mysteries during the fall, but this year we’ve mixed it with ghostly fun. We know our audiences are going to love this production,”.