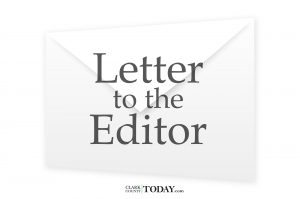 For the third year in a row, the Hockinson School District is asking voters for more money. Last year’s $39.9 million bond was for a new middle school and improvements to the high school. At the high school there are new stadium seats, a new baseball field, and two soccer fields, all of which are natural grass fields. Now they want another $1.5 million to put artificial turf for the stadium, because the grass doesn’t hold up to rain.

I’m voting no for two reasons: First, I found out last night at the turf levy information meeting that Hockinson School District already has the highest property tax rate in the county. It’s difficult enough for me to add more to my tax burden, it’s unbearable to my retired neighbors, who are concerned about being taxed out of their homes.

“the following compounds, some of which are known carcinogens, have been found in and around synthetic turf fields including, but not limited to, lead, benzothiazoles, crystalline silica, cadmium, fabric softeners, fungicides, pesticides, microbiocides, flame retardants, UVstabilizers, and various plastics. In regards to one of the most infamous neurotoxins mentioned above, lead, the CDC has stated there is no safe exposure level for children.”

Five years ago, few people were talking about football concussions. Now everybody is aware of it. Artificial turf may well become tomorrow’s mass litigation nightmare. We don’t need that in our community.

I support Hockinson schools and Hockinson football. My sons all played football for Hockinson. But I can’t support the added tax burden or potential health risk of a turf field. I’m voting no on the Hockinson turf levy.