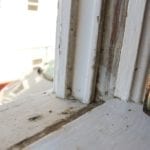 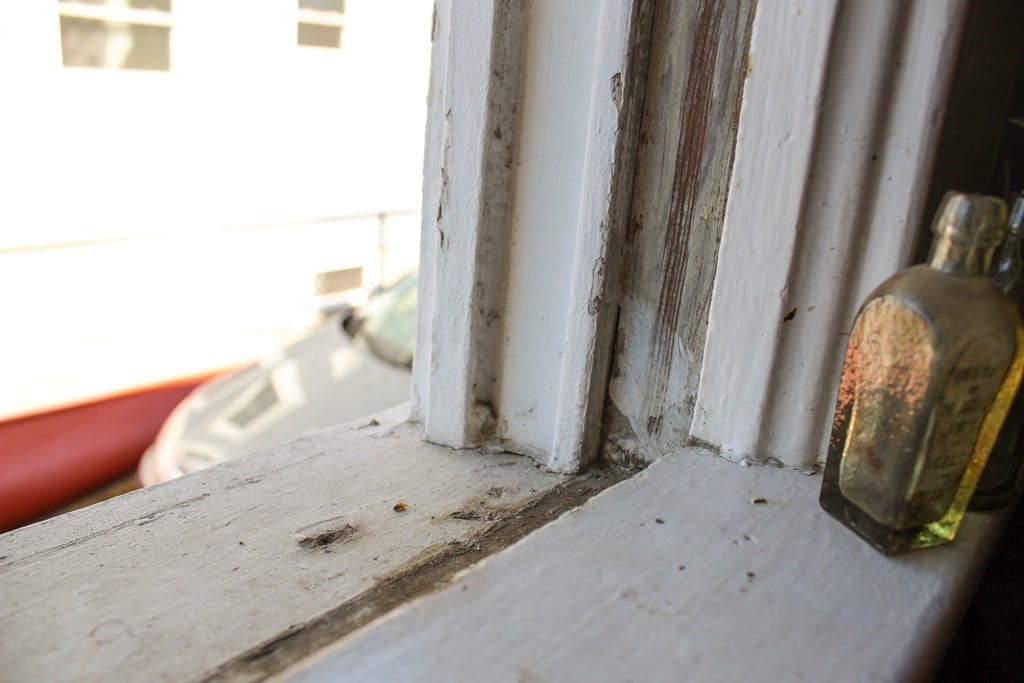 Worried about lead? Look inside your home

Concerned about the levels of lead in your child’s school water fountains? If you answered “yes,” you’re not alone.

After months of media reports concerning high — often dangerously high — levels of lead found in school drinking fountains and sinks throughout the nearby Portland Public Schools district, many Clark County parents are worried that their child may have been exposed to lead and its host of related health problems.

However, when it comes to lead exposure, county public health officials say drinking water sources are just one small part of the equation.

“Water is still a concern, but it is a relatively low risk compared to other sources of exposure,” Dr. Alan Melnick, the county’s public health director, told the Clark County Board of Councilors at a public Board of Health meeting on Wed., Sept. 28. “Most (sources of lead exposure) are in the home.”

People living in houses or apartments built before 1978, when federal regulations banned the use of lead-based paint in residential homes and public buildings, face the greatest risk for lead exposure, Melnick said.

What’s more, the risk levels increase with the age of the home. Homes built before 1940 have a substantially greater chance of having highly concentrated, lead-based paint on the interior and exterior surfaces.

“Prior to 1940, some paints had up to 50 percent lead,” Bryan DeDoncker, a certified lead risk assessor and environmental health specialist who works for the county’s public health department, told Clark County councilors.

DeDoncker said the most common places to find lead dust inside homes built before 1978 are near windowsills and doorways, where lead-based paint is more likely to come off in flakes due to exposure to outside moisture and friction caused by constant opening and closing of the window or door.

“Inhalation is a very efficient way to get lead into the body,” Melnick said.

Once lead is in a person’s bloodstream, it can enter various organs and stay put, accumulating over repeated exposures to the lead source and eventually causing a range of health problems. The U.S. Centers for Disease Control warns that “any exposure” to lead is linked to decreased IQ as well as hearing loss, damaged nerves and Attention Deficit Hyperactivity Disorder. Lead is known to disrupt the body’s ability to absorb Vitamin D, which can negatively affect tooth and bone development.

Moderate exposures to lead are linked with lowered sperm counts in young men, impaired bone development, and reduced oxygen flow to the body’s organs. Chronic exposure to lead may lead to chronic inflammation, causing things like kidney failure, weight gain, drowsiness and other problems, and is also linked to a higher risk of high blood pressure.

For children, especially children between the ages of birth and six years, exposure to lead can have serious health ramifications, public health officials said.

“For young children, it is very important to protect them from lead,” Chuck Harman, a program manager with Clark County Public Health, told county councilors on Wednesday morning. “It can have lifelong effects.”

In fact, even small amounts of lead exposure have been linked with a loss of developmental skills and an abundance of behavioral and attention problems, Harman said.

A 2015 U.S. Department of Health and Human Services study linked a host of education problems with blood lead levels in children and found that, while high amounts of lead in the blood — levels above 5 micrograms per deciliter (mg/dl) — are linked to significantly lower test scores and a 30 percent greater likelihood of failing third-grade math and reading tests, lower levels of lead in the blood (around 3 to 4 mg/dl) are also linked with failing academic performance, including lower test scores and an “increased likelihood of learning disability in elementary school.”

“There are no ‘safe levels’ of lead in the body,” Melnick emphasized at the Wednesday meeting of public health officials and county leaders. “We want to see zero lead in the body.”

While homes are the most common sources of lead exposure for young children, public health officials say there are other ways to inhale or ingest lead. These include drinking water, contaminated soil, occupational hazards and hobbies that incorporate lead-containing materials such as collecting and restoring antiques painted with lead-based paints.

In 2010, public health officials in Clark County were alerted to a cluster of high lead blood levels found in three children over the age of 6. When they investigated, they found one commonality, DeDoncker said.

“All of them belonged to the same private, indoor gun club,” DeDoncker explained.

When investigators tested 42 hobby shooters who belonged to the gun range, they discovered that nearly 70 percent of those shooter — 20 children and nine adults — had elevated levels of lead in their blood.

Investigators soon realized that the shooters were inhaling lead dust after discharging their guns because the club’s facility had inadequate air flow. To remedy the problem, the gun club upgraded their ventilation system and provided “a safer recreational environment,” DeDoncker said.

The gun club provided a good example of a straightforward fix, but other sources of lead exposure are not so simple to figure out, DeDoncker said. One recent case that came through the county’s public health department involved a young child who lived in a newer apartment with no apparent source of lead contamination.

On his way out of the apartment, DeDoncker asked the parents one last question: “Where does your child spend the most time?” The parents pointed to an area rug. Once tested, the rug proved to have extremely high levels of lead in its fibers — contaminated by lead-based dye and most likely manufactured in a country that doesn’t have stringent lead-paint requirements, DeDoncker said.

Although lead-based paints are banned in most developed nations like the U.S., Canada and European nations, some countries still allow lead-based paints and lead-tainted products to slip through the manufacturing process unimpeded by regulation and inspection. In fact, a 2015 study conducted the nonprofit group Toxic Links found that, in India, more than 45 percent of residential paints tested still contained “alarming levels” of lead, with concentrations that were more than 100 times greater than levels accepted on the international market.

On a local level, public health officials said they are concentrating their efforts on prevention, detection and remediation.

Although medical professionals are required to report all lead blood tests to the state, which sorts the results and, in turn, reports elevated lead-blood levels to local public health agencies, DeDoncker said the percentage of children who actually receive a blood test for lead is very small — around three percent in Washington State compared to 10 percent nationwide.

Of the nearly 36,000 children in Clark County between the ages of birth and six years, only about 1,060 will be tested for lead levels this year, DeDoncker said. That represents less than three percent.

As of Sept. 15, there have been 15 reports of elevated lead blood levels reported to the Clark County public health officials this year. On each of those incidents, county health workers have investigated the cause of the lead exposure, concentrating mostly on the children’s homes since the majority are not yet enrolled in school, and focusing on those common sources of in-home lead exposure like windowsills and doorways.

The sooner parents can remove the offending source of lead exposure, the better for the overall health of their child, Melnick said.

“Lead will accumulate in the body over time,” Melnick explained. “It is only in the blood for about 120 days … but then it goes to the organs, it goes to the bones. Any lead you have, it accumulates in your body. That’s why we want zero lead exposure.”

“The sooner we can find [the cause of the individual’s lead exposure], the sooner we can stop that accumulation of lead in the body,” he said. “That’s why we stress these investigations.”

For more information about lead exposure and the county’s efforts to reduce chronic lead poisoning, visit the following resources: