VANCOUVER — The Vancouver City Council is throwing its support behind a bipartisan effort by Southwest Washington lawmakers to replace the Interstate 5 bridge.

At a city council meeting held Monday night, Feb. 13, the council voted 6-1 in favor of a resolution recognizing the “necessary and critical nature” of replacing the 100-year-old bridge.

“There is a portion of our community here who still wants to consider a third bridge,” Turlay said. “So I’m going to be their advocate, even though I’ll lose 6-1 again. But that’s OK. We need diversity.”

The original resolution had included language that called for the councilors to “discourage distracting consideration of a third bridge and corridor,” but Councilor Jack Burkman recommended Monday night that the councilors remove the third-bridge mentions. 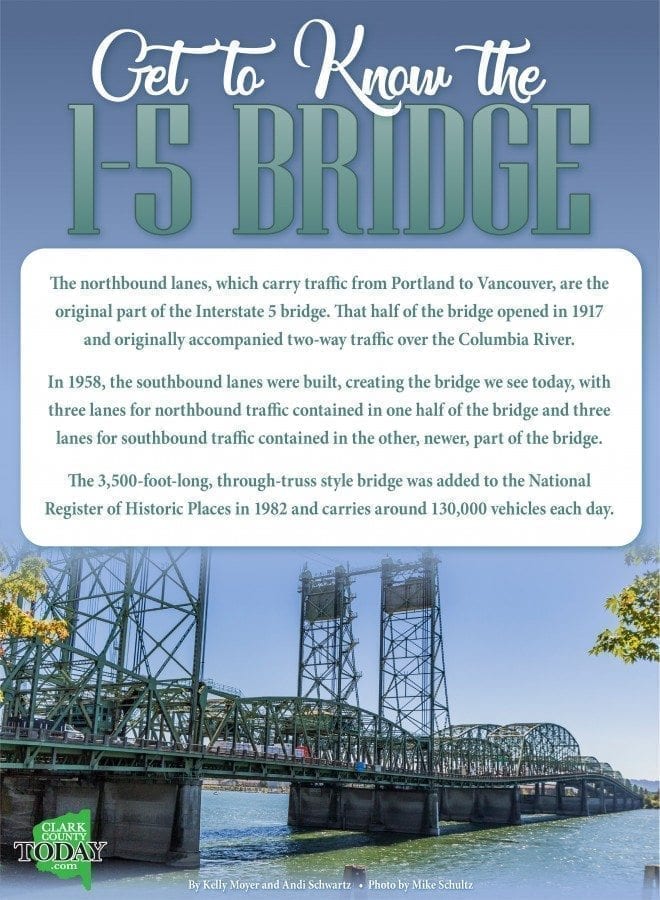 “Legislators last week dropped a bill that very clearly focuses the effort on  the I-5 bridge,” Burkman said Monday night. “Seven of our nine legislators (support) this bill … and the focus is on I-5.”

Burkman said the talk of a third river crossing “is quickly going away” and urged the other city council members to “keep the focus on I-5 and fix it as quickly as we can.”

Turlay later said he opposed the resolution on principal and thought that the county needs a third and possibly fourth bridge to cope with future traffic congestion moving in and out of the Vancouver/Portland metro areas.

The bill Burkman was referring to is Senate Bill 5806, a bill with bipartisan support introduced by Washington state lawmakers, including Senators Annette Cleveland, Ann Rivers and Lynda Wilson, last week.

If approved, the bill would declare the I-5 bridge replacement project a matter of “statewide significance,” create a bi-state committee of transportation officials and key stakeholders in Washington and Oregon.\

The bill also would also set aside $350,000 from Washington’s motor vehicle fund to pay for the Washington State Department of Transportation (WSDOT) to sift through several years’ worth of existing studies and reports, written during the 2005 to 2013 time period when Washington and Oregon lawmakers last tried to replace the aging I-5 bridge. WSDOT would be expected to submit a report to the legislature by Dec. 1, 2017, detailing their findings from the planning study inventory.