VANCOUVER — Like many of his peers in higher education, Clark College instructor Justin Allen grew up in a culture that espoused the virtues of getting a four-year university degree and finding a white-collar career.

So when Allen found himself teaching a new pre-apprenticeship program through Clark College’s transitional studies and career preparation department, he says he had to reflect on some of his own long-held beliefs about blue collar careers.

“I think one of the biggest things I discovered was the way I’d been conditioned as a white-collar university kid,” Allen says. “I was looking at a lot of these jobs as being sort of beneath me.”

Allen’s foray into the world of blue-collar trade apprenticeship programs changed his mind. Suddenly, he found himself thinking that maybe his brother, a contractor, had been the wise sibling after all.

“I’d always thought that I made the right choice by going to college and that he’d made wrong choice by becoming a contractor,” Allen says. “But I realized that I was wrong: He’d made a wise decision and saved himself a lot of college debt.”

“All of the apprenticeship programs I’ve found have had the same situation, where over half of their workforce is set to retire and they don’t have a lot of skilled workers set to replace them,” Allen says. “Their sense is that nobody wants to do these jobs … that there’s a cultural sense that these jobs aren’t good jobs.” 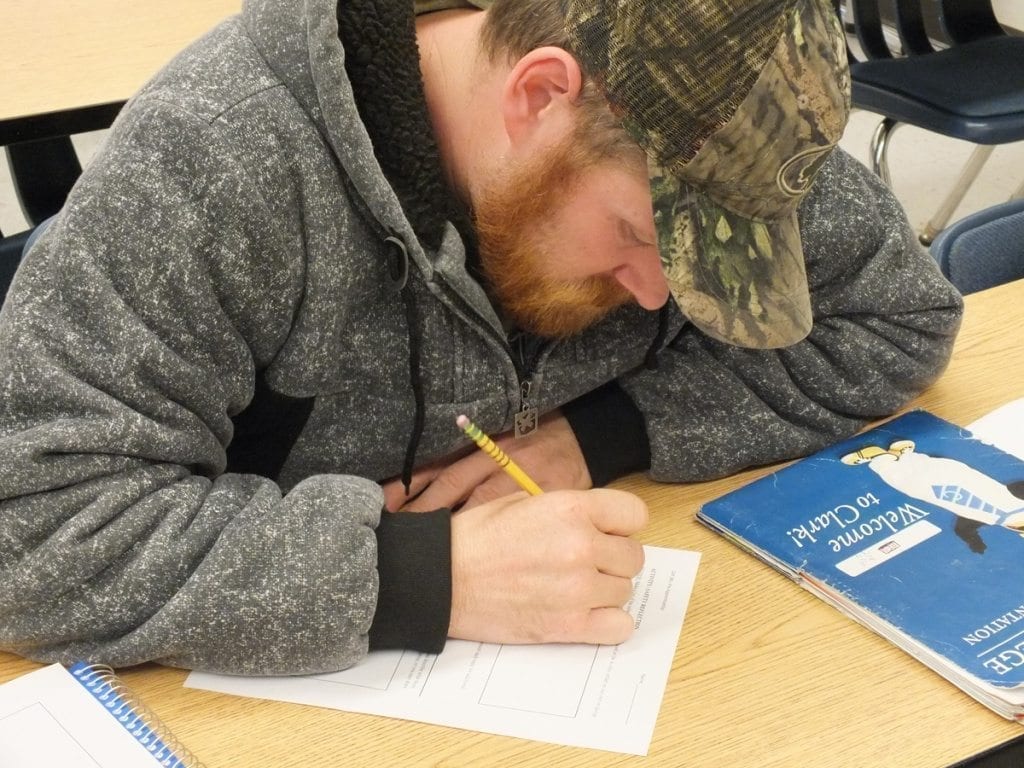 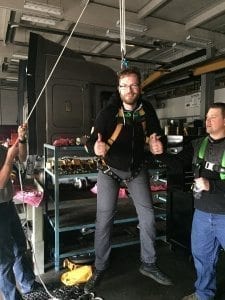 In reality, these jobs are often very good jobs. According to the United States Bureau of Labor Statistics’ May 2015 wage-estimate report, trades jobs are some of the highest paying jobs available. Construction managers earn an average of $46.88 an hour with those at the top making more than $74 an hour, or roughly $150,000 a year. Likewise, top-earning plumbers and electricians earn about $42 an hour, or nearly $88,000 a year.

The problem many young people — and older workers looking for a career change — have is that they don’t understand how to break into some of these trades careers. As the Clark College promotional materials for the new pre-apprenticeship program put it: “Getting a job in fields like construction, welding and machining these days takes more than just walking onto a job site with a ‘Help Wanted’ sign in one hand.”

That’s why the Vancouver-based community college created the pre-apprenticeship program in the first place: to help interested students explore the world of trades without investing a lot of time or money. The 11-week program costs only $25 and meets for four hours a day, four times a week for one quarter.

“It’s kind of intensive,” Allen says of the tightly packed program. “But they’re only paying $25, so if they explore these  options and realize they don’t want that path, they certainly haven’t wasted a lot of money.”

After working at a for-profit college, Allen says it was important to him to know that his students weren’t investing a ton of money into something that might now fit their interests or abilities.

“I don’t want them to come away with a loss,” he says. “And that was one of the considerations with this type of program. By placing it within our transitional studies program, we were able to consolidate it and the students could pay less.”

Right now, the class is being pitched to people who are interested in the trades but might need to brush up on their basic skills — maybe earning their GED or increasing their reading or math skills — before they enter into an apprenticeship program.

When he taught the pilot program this fall, Allen expected to get a lot of very young students who had little to no work experience. So when his class filled with people who had often been working in trades like welding but hadn’t ever broken into the more lucrative, commercial-end of their chosen field. The pilot program, which started in mid-September and ended in early December, also attracted a number of women.

“Fifty percent of my cohort in the first class were women,” Allen says. “The apprenticeship programs, especially the state programs are trying to be more diverse. They’re all doing substantial things to break down the barriers and hire more women, more minorities.”

The Clark College program works with several apprenticeship programs in Southwest Washington and Northwest Oregon, bringing professional trades workers into the college class as well as taking the students to visit the programs on-site. During the pilot program this past fall, Allen says he invited five programs to come to class and took his students to three other sites for a visit.

All of the apprenticeship program managers told Allen’s students the same thing: They wanted to find a skilled, diverse pool of workers who wanted to be there.

Hannah Erickson, a communications specialist for Clark College, says she spoke to several of Allen’s pre-apprenticeship students during the pilot program. One student told her that they came into the program unsure of what they’d find, but left with “a direction and a plan” to pursue the electrician apprenticeship program through the Construction Industry Training Council of Washington.

Of the many myths surrounding the world of blue-collar work, Allen said one of the most surprising — for him and for many of his students — was the amount of technological training required for some of the trades.

“After meeting people who have been working in these fields for 10, 15, 20 years, we realized that this is all very technical,” Allen says. “So many of my students had bought into the idea that these types of jobs are going away because of technology, but the people who have stayed in this field are the ones who have embraced technology. I think it was sort of a jaw-dropping experience for all of us when we discovered the level of technology and skills that are offered in these industries.”

However, unlike many white collar fields that rely on technology, the trades that offer apprenticeships don’t usually require advanced degrees.

“The apprenticeships varied, but most were two to four years,” Allen says. “The ones we looked at were usually putting the students to work full-time, with benefits and paying about $18 an hour to start, then moving up, with some making $25 an hour or even in the mid-$30s. … After a certain period of time, the classes would start, usually a night class and one or two classes at a time.”

The next cohort of pre-apprenticeship students starts class at Clark College on Jan. 9 and the class is not yet full. Allen says he’s interested in drawing in students who may have an interest in exploring the trades, but who might not think of themselves as being someone who could work in a high-paying field.

“I think a lot of my students in the first cohort were coming out of passages in their lives that had really kind of challenged the way they saw themselves,” Allen says. “For example, one student came in and had been homeless and living in a shelter, so they were rough around the edges and needed a space to build that confidence and sense that they could reenter the workforce.”

Another student had been a welder for many years but had injured himself and couldn’t work labor jobs ever again, Allen says.

“He didn’t know what else to do. But he ended up making a powerful connection with an OHSA (Occupational Health and Safety Administration) certification instructor who told him, ‘Hey, you could take a couple extra classes and become an OSHA instructor.”

That’s the beauty of the new pre-apprenticeship program, Allen says: “The class is designed in such a way that I can tailor it to the students. If they’re engaged on their end and follow up, they’ll have so many opportunities that they’ve never realized were out there.”

Clark College administrators say they’re trying to broaden the reach of the pre-apprenticeship program, which is funded through a Washington State Workforce Training and Education Board grant, to help more individuals in the region. The $25 program (plus a one-time $25 fee to attend Clark College) also includes certifications in first aid, flagging and occupational health and safety.

The next 11-week class begins Jan. 9. Anyone interested in the program should visit Clark College online or call Monica Wilson at (360) 992-2780.