Ryan Huffman, the park’s manager, said his dad will be remembered for being gracious, and for his support of all riders

The Northwest motocross scene lost a giant Monday with the passing of Ralph Huffman at the age of 83.

Huffman was co-owner, along with his wife Carolyn, of the Washougal MX Park and was instrumental in turning the track into “America’s Most Scenic Raceway” as the description reads on the park’s website.

Huffman is the patriarch of a large motocross family that has been associated with the park for decades.

“He made it the most beautiful track ever, and he worked his butt off to keep it open for the people,” said Ryan Huffman, the park’s manager and one of Ralph and Carolyn’s nine children.

The Washougal MX National is an annual stop on the Lucas Oil Pro Motocross Championship. This year’s National, scheduled for July 24, will be the 40th at Washougal.

It is annually the largest sporting event in Clark County, with an estimated 25,000 or more race fans in attendance. Many of those fans camp at the park for days leading up to the National, taking advantage of the 1,200 or so campsites that surround the track.

Ryan Huffman said it might have been easier for a businessman to sell the land when times were tougher. That was not his dad’s style, though. Ralph wanted to ensure the land was there for the motocross community.

“You put that all together, he means about as much to Northwest motocross as anyone,” Ryan Huffman said.

Ralph Huffman, who lived in Roseburg, Ore., got involved in the sport in the 1970s. He started helping out at Washougal in 1980.

“My dad would always just jump in and help. Whether it was picking up garbage or picking up a water hose, or draining a puddle on the track,” Ryan said. “They wouldn’t ask him. He just wanted to do it.”

Ralph loved getting on an old bulldozer to create something new at the facility.

“He’d just work all day until basically it got so dark he couldn’t,” Ryan said.

By the late 80s, Ralph Huffman had taken over the lease at the track.

It was Ralph’s vision that saved the National. The American Motorcyclists Association took the event out of Clark County one year, with a handful of issues at the park. Huffman went to work, made the necessary improvements to the track and facilities and promised to keep making improvements through the years.

The National returned the following season, and it has been a fixture every year until last summer when it was called off because of the pandemic.

Ralph and Carolyn officially became owners of the park in the 1990s.

While the National gets international attention — the motocross event is televised all over the world, showcasing the beauty of the Northwest — Ralph always said he was just as proud of maintaining the track for the amateur riders, the weekend warriors, who use the facility throughout much of the year.

“The National is great. It brings in people from all over,” said Ryan Huffman, who lives a stone’s throw away from the motocross park’s property. “But the local, the every weekend, the people who are there week-in and week-out, that’s what he really saved.”

Many of those people have been reaching out to the Huffman family during the past 24 hours, paying their respects and saluting a motocross giant.

Ralph was a prankster, as well. He would often wear funny wigs. And he would eat bugs and worms just to get a laugh from any nearby children. Seriously.

Tye Crandall, a longtime family friend who also helps out at the track, told Ryan that he would carry on that tradition.

“He kept together one tight family, considering the size,” Ryan said.

Ryan Huffman said that his dad did test positive for COVID-19 a couple of months ago. He battled through that, but his underlying issues led to his body just wearing out. Ryan said the family wants to focus on a life well-lived rather than how Ralph died.

This was Ralph Huffman, according to Ryan:

During the Great Recession, Ralph kept his timber business going, despite serious financial setbacks, in order to keep his 60 workers employed, to keep food on their tables.

“I’ve always thought of that. Wow. Just amazing,” Ryan Huffman said. “His reach has always been the opposite of selfish. He was very gracious.”

That carried over to his passion beyond his company, as well.

“Washougal (MX Park) … has touched hundreds of thousands of people, all due to the work he’s done and his dedication,” Ryan Huffman said. “That’s my dad.” 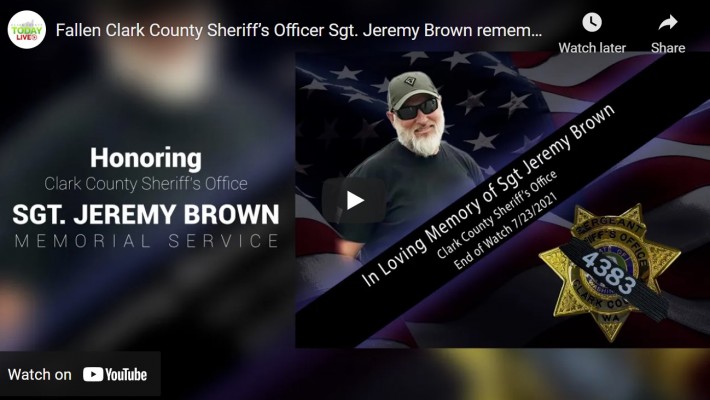