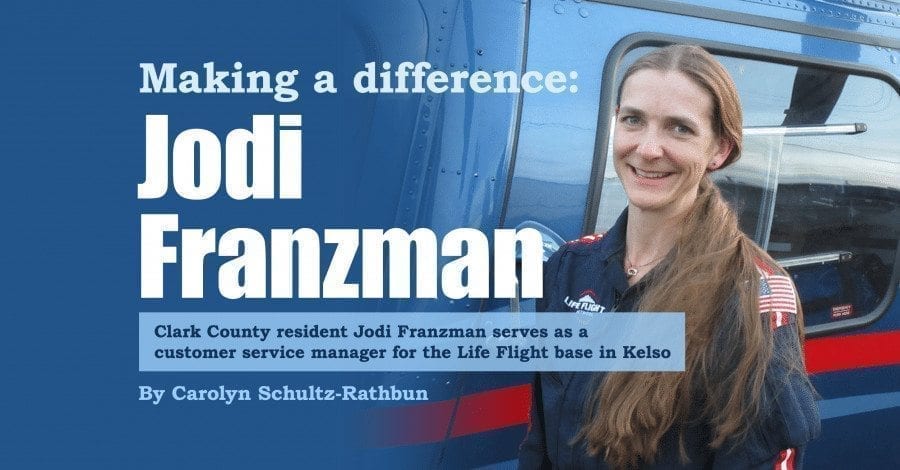 VANCOUVER — Jodi Franzman says a funny thing happened to her on the way to becoming a firefighter. Back in 2003, she was a brewer at McMenamin’s in Vancouver and several of her regular customers were firefighters, with great stories.

“I got intrigued,” says Franzman.

She set out to join them, getting her EMT basic and intermediate certifications, and taking Anatomy and Physiology, a challenging class that is typically the bane of students everywhere.

“And I loved Anatomy and Physiology!” Franzman said.

That’s when she got to thinking.

“I don’t like hot temperatures,’’ she said. “I don’t like heights. So I stuck with the medical side. I got accepted to paramedic school, a program at OHSU, and I just loved it.” 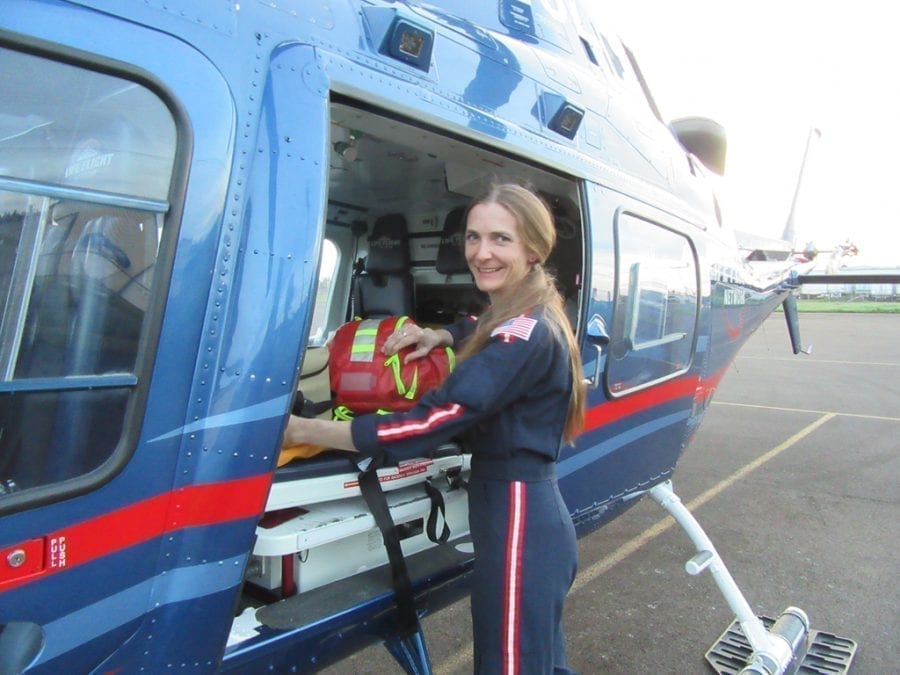 After receiving her paramedic certification, she began working for AMR, Vancouver’s ambulance service provider. But, it wasn’t what she had expected.

“I thought it would be all highly critical patients,” says Franzman. “Lots of really bad, really sick, really injured people. But it was not so much that. There were lots of minor issues. It opened my eyes to our health care situation. People going into the ER for minor issues. People calling 9-1-1 for minor issues. I had expected high adrenaline calls all the time, but it really wasn’t. We got those calls sometimes. But after a while I didn’t feel like I was growing much as a paramedic.”

Then, eight-and-a-half years ago, she heard about a job opening at Life Flight, an Aurora, Ore.-based medical air transport service.

“And it was a good turning point,’’ Franzman said. “A transition into more critical care.”

Franzman says one of her favorite parts of the job has turned out to be flying.

“I love it!” she says. “I went on my first flight not knowing if I was going to be able to handle it. And then I got this adrenaline rush on take-off. I still do.”

On the medical side, one of the best parts for Franzman is seeing the intricate interplay of the emergency medical system.

“Seeing all the dynamics involved, the teamwork,’’ Franzman said. “Someone is having a terrible day, maybe the worst day of their life. And there are a lot of people involved, working together — police, EMS, fire, dispatch, air medical, aviation, a trauma team or medical team, security — and a lot of training involved.” 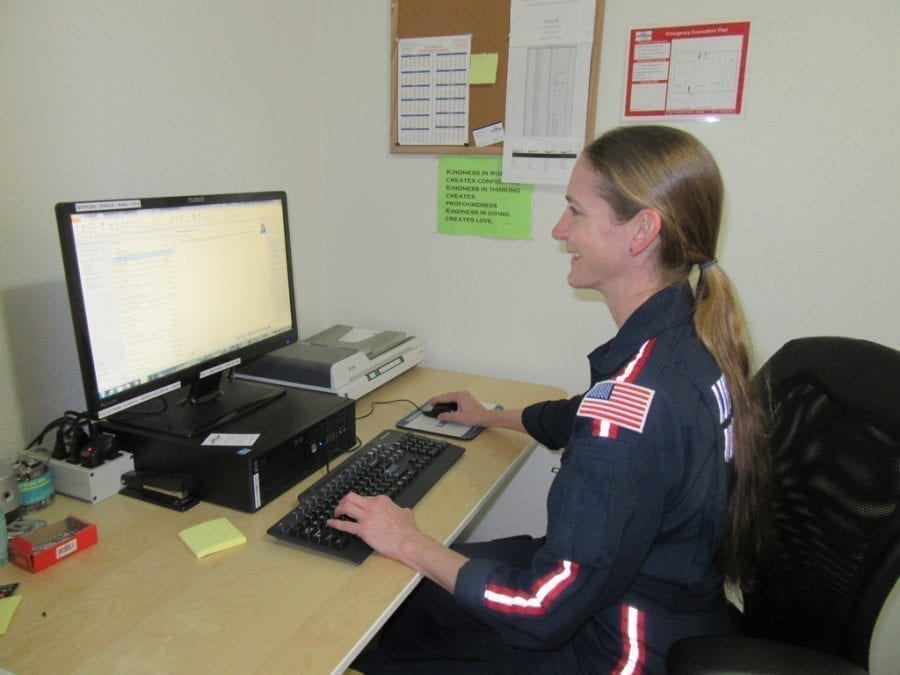 Franzman says most people don’t have any idea of paramedics’ capabilities as medical providers.

“When I worked for AMR, people called us ambulance drivers,’’ she said. “But we’re a mobile ER pretty much. What 12 people do in the hospital, two people are doing pre-hospital.”

Franzman is customer service manager for the Life Flight base in Kelso. She works one 24-hour shift a week as a flight paramedic aboard a helicopter and one nominally 12-hour managerial shift — although she says that one often stretches.

But that side of the job has its perks, too. On a recent visit to a dispatch office, Franzman says, she ran into a dispatcher.

“She asked me if I knew anything about one particular call. She said, ‘It was a really bad call, and it’s been bothering me. It was the worst call I’ve ever taken.’ It was,” Franzman explains, “a little boy who fell in a fire.”

Franzman, as it turned out, had been on that call. The little boy had survived, and Franzman had a photo of him, taken later, visiting a fire station, and smiling.

“And I showed her that picture,’’ Franzman said. “He’s got a long road ahead, but he’s doing OK. And the look of relief on her face — I get goosebumps thinking about it.”

When she’s not working for Life Flight, Franzman is working as a mom, caring for her daughters, ages 10 and 5. And in her free time she likes to get outdoors.

Franzman says 14 years in the emergency medical field has changed her.

“I kind of live my life differently,’’ she said. “When I first became a mom, I was kind of an overprotective mom. I didn’t take a lot of risks. I’m still cautious with my kids. But now, ‘Yeah! Go do that! Climb that tree!’ I take a step back and let them experiment.”

And the change in attitude isn’t just about her kids.

“Life is short,” she says. “You have to live your life. I’ve done things I never thought I’d do — gone skydiving. I bought an old motorcycle. It could end tomorrow. You shouldn’t stop yourself from fear of what could happen. Go live your life.”