WASHOUGAL — When Rob Charles became the city engineer in Washougal seven years ago, the 32nd Street and Evergreen Way intersection upgrade project was already on the table.

The project was supposed to be funded as part of a larger improvement project along E Street, but budget constraints left that on the cutting room floor. Last week, the orange traffic cones were finally picked up as the project reached a milestone.

There will also be a bike lane now from E Street to the intersection. That was also shelved due to budget constraints with the earlier E Street improvement project. The bike lane previously ended at 30th Street.

Possibly the most important improvement will be with the traffic signal controllers, which will allow for much more efficient movement of traffic, especially after train crossings.

“That was one of our bigger issues, is that the controller that’s in there was pretty limited in functionality, that almost has scrap parts that were being put in,” says Charles. “So, when train events happened at five o’clock, you had traffic backing up onto SR-14, and unable to clear that queue very well.”

The 32nd & Evergreen Way project has taken a long time to reach this point. Following its removal from the earlier E Street project, new funding had to be found. This current project is paid for via a mix of federal, state, and local funding, with a total price tag of just over $2 million. McDonald Excavating, Inc. of Washougal, was the low bidder for the construction portion of the project at $1.468 million. 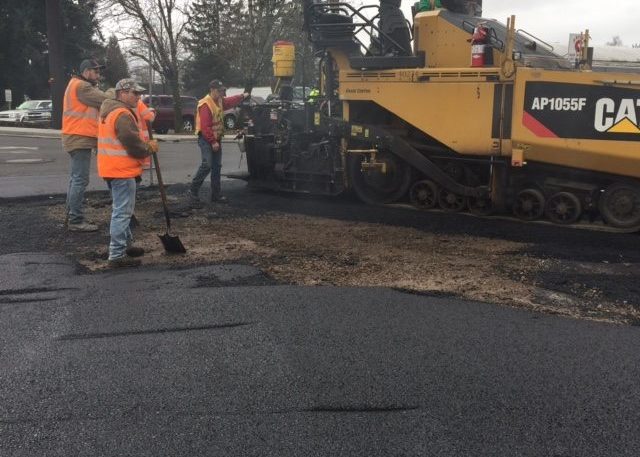 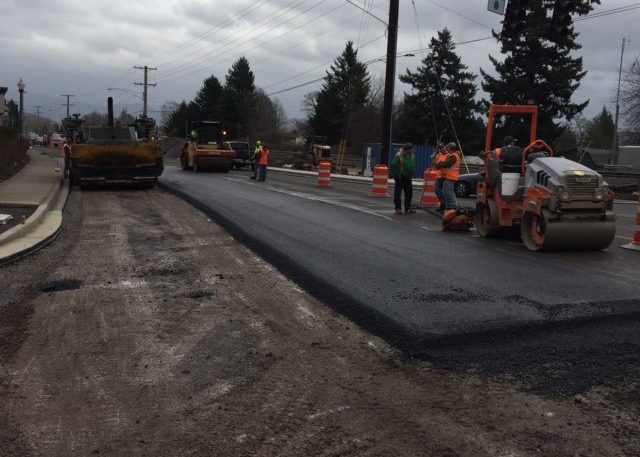 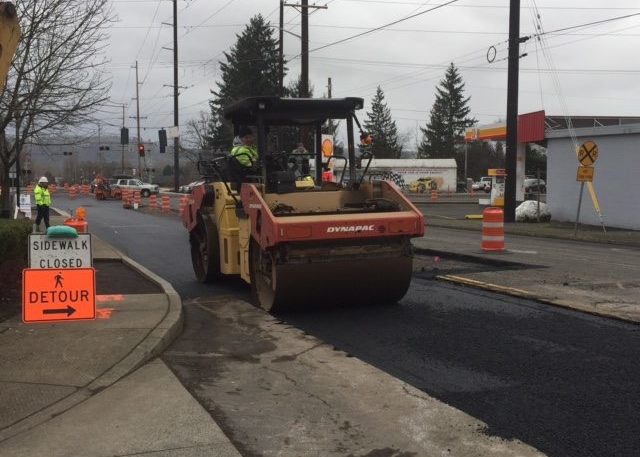 “It’s really the federal funding that creates a lot of regulations that you have to follow every step of the process,” Charles says. “You have to really make sure your T’s are crossed and I’s are dotted before you can go to the next step.”

The most complicated issue involved local property owners and businesses. Design work was actually completed around two years before the first work began, due to Federal regulations.

“Right of Way goes through a lot of scrutiny at the federal level,” Charles adds, “to make sure you’ve gone through the proper process, and … work with the property owners as much as possible to make sure they’re left whole.”

Charles says the train crossing is the main issue at 32nd and Evergreen Way (also known as D Street there). Outside of those, traffic generally didn’t back up in the area. But the newly upgraded intersection will increase safety and reduce the potential for crashes and conflicts.

Final paving work still needs to be completed, but Charles says that will have to wait until late April or early May when things get a little warmer.

“We actually have to do nighttime construction for paving, to minimize impacts to the general public,” he says. “It needs to be about 40 degrees to pave at night, so we’ve got a little ways to get to that point.”

While Washougal hasn’t seen the rapid growth of nearby Camas, Charles says they are seeing increased traffic through SR-14, and this project will help to reduce backups that often happen on the highway.