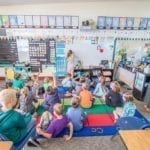 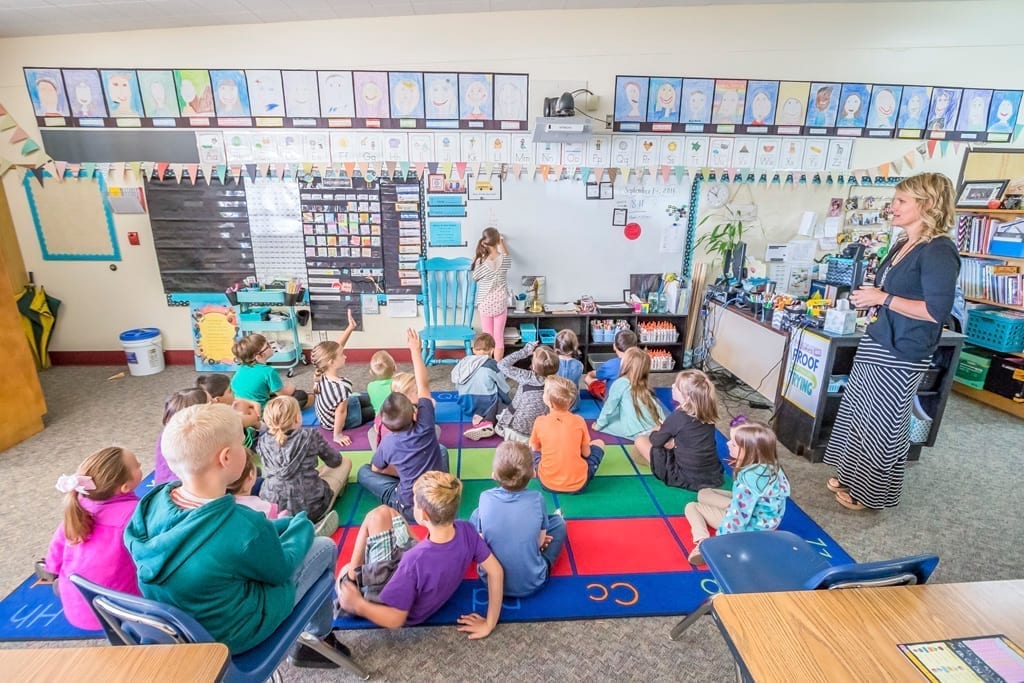 CLARK COUNTY — School district leaders throughout Clark County are working to eliminate the threat of lead in their school buildings’ water systems, after testing in May and again this summer showed elevated levels of lead in several schools around the county.

Although some districts, including the La Center and Woodland school districts, showed no elevated traces of lead in the majority of school buildings, others, such as the Battle Ground School District, found lead contamination in various drinking water fountains, sinks and outdoor hoses.

In every instance involving elevated lead levels, school district administrators took immediate steps to replace the offending faucet or fixture and conduct another round of testing to make sure their fix had worked.

In some districts, such as the Evergreen Public Schools district, administrators were still awaiting the results of tests to determine if the lead was coming from plumbing fixtures or from water supplies to the school building.

At a Clark County Board of Health meeting held Wed., Sept. 28, county public health officials highlighted the various health risks of lead poisoning – including learning disabilities and a greater risk of behavioral difficulties in young children, even at lower levels of exposure – and said they are working with school districts and other public agencies in Clark County to reduce the risk of lead poisoning in the water and air inside the area’s many public buildings.

Following is a brief update on lead testing (in water supplies) for school districts throughout Clark County:

Initial lead testing started in the Battle Ground School District this past July 16, according to Communications Manager Rita Sanders. The district began the process of setting up the testing in early June, but labs were backed up due to the fact that all the other districts in the area were also testing. The district has more 2,000 samples taken from different places all around the district.

So far, they have received the results for five schools and the Lewisville Middle School campus (which is no longer used for classes). Results have came back for Amboy Middle School, Captain Strong Primary (partial results), Chief Umtuch Middle, Maple Grove K-8 and Yacolt Primary. All of those schools had locations that tested higher than the recommended level. Most of the locations that tested high were faucets/sinks and some drinking fountains.

Fixtures that were affected were immediately shut off, and on Sept. 22, the district began replacing fixtures. Sanders said that in the areas of the schools where students and staff can’t access water from a source that has been cleared by testing, the district is providing alternative sources of water such as bottles and dispensers.

The district hasn’t received any results back yet from any other schools, but will continue to update the public as they do. The district is going to continue doing ongoing testing as part of their maintenance plan.

The cost to the district to do these tests is $18 per sample (the district had more than 2,000 samples collected) and the cost of the replacement fixtures. Sanders said their first order of fixtures cost approximately $60,000. Since the state does not provide any assistance for this, the funds for these tests and improvements must come from levy dollars.

For all the details on the lead testing at the Battle Ground School District, visit http://www.battlegroundps.org/water-testing or call the district office at (360) 885-5300.

District leaders in Evergreen Public Schools (EPS) started testing for lead in that district’s schools and district buildings in May, after Washington State Governor Jay Inslee issued a directive to the state’s Department of Health to help local communities test for lead and reduce lead exposure throughout Washington’s many public buildings.

“Beginning shortly after the directive was issued, Evergreen Public Schools began collecting and testing samples of drinking water from schools,” stated a press release from the EPS district, released to parents and the EPS community last spring. “ Any lead level result above the Washington state school rule of 20 parts per billion and/or the Federal limit of 15 parts per billion is considered elevated and must have more secondary testing.”

The district tested 300 samples last May and  found elevated lead levels at Image Elementary School, ranging from 20 to 50 parts per billion, well over the federal limit of 15 parts per billion for lead. Administrators in the 40-year-old school, which was built in 1976, have turned off all drinking fountains throughout the school and are providing bottled water for the rest of the 2016-2017 school year.

EPS is now conducting a second, “more stringent” round of lead testing to figure out is the lead is coming from the school’s plumbing fixtures or from a water supply the school, located at 4400 NE  122nd Ave.

The district also is providing bottled water to 15 additional schools built before 2001 as a precaution, and are working to complete a previously approved project to install filtered water bottle stations at all schools in the EPS district. For more information about the EPS district’s water safety, click here.

The Hockinson School District conducted its water testing program at the end of May. Samples were taken May 25 and 26 at multiple sites in Hockinson Heights Elementary, Hockinson Middle and Hockinson High School.

All of the water samples collected tested well within acceptable levels, according to Sarah Coomber, communications manager for Educational Service District 112. The highest lead level detected in samples taken at Hockinson schools was 5.6 parts per billion.

Water systems with lead detected at concentrations greater than 20 parts per billion might be required to take additional samples or monitor their levels more frequently, according to the testing laboratory. None of Hockinson’s samples came close to this level.

For additional information on the lead testing at Hockinson schools, contact the district office at (360) 448-6400.

After testing all of its schools and buildings for lead in the water earlier this year, the La Center School District announced two weeks ago that there were not alarming levels of lead or copper found inside any district building.

District administrators said no source registered as elevated for lead content, and that most sources actually came back with undetectable levels for both lead and copper.

To see the results for all buildings tested in the La Center School District, click here.

Initial testing for lead was done within the Ridgefield School District on June 7, and more complete testing was conducted on June 23 and 29, according to Ridgefield Superintendent Nathan McCann.

Most of the fixtures that tested high were in the high teens to low 20s (parts per billion), but there were a couple of standouts that were a bit a higher in the 40s.

“The immediate solution has been to replace all of the drinking fountains found to be high with filtered fixtures that will remove lead and provide safe drinking water,” McCann said. “This step has been completed. The next steps are to filter water at sinks in food service areas that tested high. The long-term solution is to work with our consultant to design an annual testing protocol monitoring. This way we will become aware of any other fixtures rising above the threshold for lead content and be able to act immediately.”

The district offered bottled water at several locations at each school from the time of the initial testing through replacing the drinking fountains.

Vancouver Public Schools (VPS) did an initial lead test at every school building in the district in May of 2016.

Pat Nuzzo, director of communications at VPS, said the district tested once source of water at every building, including schools and other district facilities.

“We knew that we were going to continue testing throughout the summer,” Nuzzo said.

Summertime testing, which included samples from 47 VPS buildings, including 35 schools, showed one area of concern – a sink inside the Salmon Creek Elementary School’s kitchen.

“The faucet on that sink was replaced and retested below the limit,” Nuzzo said.

Nuzzo said other areas of concern included a hose bib outside one of the district’s buildings and a water line going to a laundry room. Both were replaced and retested within the accepted limits. She added that lead testing is now a regular part of the district’s routine.

According to a press release from the Vancouver district, posted on the district’s website earlier this month, “although all schools tested well below the 0.20 (parts per million) threshold, district professionals are doing additional testing throughout the district as a precaution. VPS is taking proactive measures to identify and eliminate any potential sources of lead, no matter how small the amount.”

Like other school districts throughout Clark County, Washougal School District tested all of its schools’ drinking water for lead contamination in the spring of this year.

Results showed “non-detectable levels” of lead at every school within the district, except Excelsior High School, which had levels that were well within the federal requirements and at one-tenth Washington State’s maximum allowable limit for lead in water (.015 parts per million).

In a press release posted to the district website earlier this year, administrators said two schools in the Washougal district  – Cape Horn-Skye Elementary and Canyon Creek Middle School  – use well water and were tested in September of 2015 for lead and copper. Results from those tests showed both schools were “well within permissible levels.”

Lead testing was performed within the Woodland School District in May of this year. Eric Jacobson, communications manager for the district, said no schools tested above the recommended levels. Samples were gathered from all buildings within the district.

As a result of the Healthy Kids Grant received from the Office of the Superintendent of Public Instruction and the Washington State Legislature, hydration water bottle filling stations were installed at all Woodland schools in order to help keep students hydrated. Regular water testing will continue to be done in the future.

If parents want more information on the testing, they can contact their student’s school or the district office at (360) 841-2700.