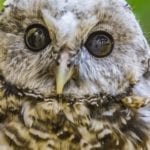 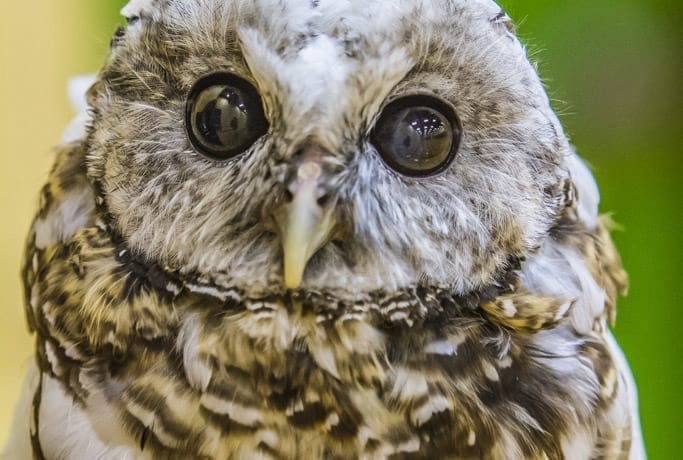 RIDGEFIELD — Back in the late 1990s, a small group of Ridgefield residents who were members of the Friends of the Ridgefield National Wildlife Refuge got together and decided that they needed to do something that would point people to the refuge and let them know that it was even there in the first place.

When: Fri., Sept. 30-Sun., Oct. 2, events and activities going on throughout each day

“I can still see us sitting there,” said 82-year-old Ridgefield resident Allene Wodaege, who was one of about five Friends members discussing the issue. “There was about five of us and we kind of knew what we needed to do, but we needed to decide what our next step would be. We decided that the next step was that we needed some sort of festival, something that would point to the refuge and all of the activities that went on there.”

It took the Friends group about three weeks to put something together, and the BirdFest Celebration was born and first held in 1999.

“It was pretty simple and direct,” Wodaege said of the first festival. “We had components that we still have now during the event each year. We could see by the response of that first BirdFest that we had really come up with a great idea, and we continued to expand it over the next years.”

Now coming up on its 17th year, the annual BirdFest & Bluegrass Celebration is set to take place this year starting Fri., Sept. 30 and continuing through Sun., Oct. 2. The weekend event will kick off at 7 p.m. Fri., Sept. 30, with a showing of Alfred Hitchcock’s 1963 classic “The Birds.” The movie will be shown at the Old Liberty Theater, located at 115 N. Main Ave., in Ridgefield.

Special events and tours, by reservation only, will be going on all weekend, with the first Sandhill Crane Tour at 5 p.m. on Friday (all Sandhill Crane Tours are now full, as is the 6:30 p.m. Friday Night Hike). Names will be added to a waitlist for those days, and those on the list will be notified if there are cancellations.

Saturday and Sunday will be full of more activities, including a Beginner Bird Language Hike, Beginner Watercolor Workshop, Kayak Tours and more.

Several bluegrass bands will perform over the weekend, with The Whiskey Achievers kicking off the music at 9 p.m. on Friday at the Sportsman’s Steakhouse & Saloon. More music will follow on Saturday, including Bluegrass Jamming from 11 a.m.-6 p.m., Brian Oberlin Bluegrass Quartet at 7 p.m. and Jeff Scroggins and Colorado at 8 p.m.

Sunday will include several more activities and events, including a showing of “Promised Land,” a new documentary about Pacific Northwest tribes, at 1 p.m. at the Old Liberty Theater, which event organizer Alix Danielsen said is something new to the annual event.

“”We will also have a Community and Nature Center Creativity Tent, which will draw input for our new Community and Nature Center,” Danielsen said. “We have several new workshops and talks this year, including guided photography workshops and a talk about wildlife trafficking. Lastly, we are ramping up the bluegrass part of the weekend with emceed jamming in a beer garden and several great bands performing in the evenings.”

The bluegrass component of the weekend has not always been a part of the celebration, Wodaege said. There was no music during the festival the first year that it was held, and Wodaege said the bluegrass was first introduced to the event during its third or fourth year.

“A friend of mine and I had heard there was a birdfest down at the coast one year and we heard they had music,” Wodaege said. “I wanted to go check it out, so we went to their birdfest and took it in and got some ideas. The main thing was that they had music going on and we thought that would be just perfect (for our festival). The music really brought in gobs and gobs of people.”

Danielsen said the BirdFest & Bluegrass event typically attracts about 4,000 people to Ridgefield each year, with some of the most popular events being the Sandhill Crane Tours, the Audubon Live Bird Show, and the Cathlapotle Plankhouse Tours and Kids Grove.

Marguerite Hills, who worked as a biologist at the refuge from 1985-1994 and then joined the Friends group as a part-time executive director for about five years starting in 2004, said that one of the most important aspects of the BirdFest event is that it has really brought the community of Ridgefield together.

“Believe it or not, a lot of people in the different surrounding communities don’t know the refuge is there,” Hills said. “We see so many people coming from far and wide now to the refuge for the festival, we have international visitors every year. It strengthens the bond between the refuge and the community, the city, the port, etc.”

Hills said that with the BirdFest event, members of the Friends group really want to help people connect with nature.

“They want people of all ages, all walks of life, all backgrounds to really connect with nature,” Hills said. “That’s something they’re very focused on now, and is a big focus of the BirdFest.”

A complete schedule of events for this weekend can be found at https://ridgefieldfriends.org/events/birdfest-bluegrass/. Anyone with questions can email BirdFestReservations@gmail.com or call the BirdFest hotline at (360) 609-0658.