During each election season, candidates from each of the main political parties report theft and vandalism of their political signs. In recent weeks, officials with the Clark County Republican Party (CCRP) state that the abuse is even worse than most election seasons.

As a result, CCRP officials request assistance from area citizens to help identify and stop the theft and vandalism of their candidates’ campaign signs. In many locations throughout Clark County, election signs for conservative and non-partisan candidates have been stolen or vandalized and replaced by a cluster of signs for Democrat-supported candidates, according to CCRP officials.

Specifically, Tiffany Smiley, Joe Kent, Stephanie McClintock, Park Llafet, and Jeremy Baker signs, as well as some non-partisan position signs for Brett Simpson, Rey Reynolds, Michelle Belkot, Don Benton, and Nancy Barnes, have been removed or damaged. They have been replaced with signs for candidates running against them.

“I have either repaired or replaced it (a Rey Reynold’s sign) 10 times, and the Horch sign 50 feet away has never been touched. Not once!” says volunteer Mike Kersey.

“This is not a democratic process for the elections, and I hope the Democrat Party has nothing to do with this,” said CCRP Chairman Joel Mattila. “The pattern of these crimes is suspicious and has cost our candidates a great deal in funds and time to replace their signs.”

CCRP officials state that there have been eye-witness accounts of four vehicles with 8-10 people that jump out to remove signs and replace them.

If you have any information, CCRP officials ask that you get in touch with your local police or the Clark County Sheriff’s Office at (564) 397-2211. The mid-term General Election is Tue., Nov. 8. Ballots were mailed out Friday (Oct. 21). CCRP encourages area voters to place their ballots in ballot boxes. Find a close location at: Clark.wa.gov/elections/ballot-deposit-locations.

Notice the pattern? All conservative Republicans

Oh, wow; is any real person “shocked” or “surprised”? Typical democrat “activity”, especially now that they KNOW they are going to end up in the toilet.

My concern is, why didn’t the Horch signs get touched?
https://www.mercurynews.com/2022/10/23/race-for-san-jose-mayor-moneyed-interests-from-49ers-to-realtors-wage-shadow-campaigns/
Millions are being spent on the race for San Jose mayor. See who is writing checks in a shadow campaign
Business advocacy groups and real estate developers, labor unions and even the National Football League’s San Francisco 49ers are among the special-interest groups spending

In liberal states, this is what happens. Maybe some election donations from all political parties go for cameras in trees to watch for sign vandalism.

“Why didn’t the Horch signs get touched?”
Because Horch is a politician and a full card carrying member of the “keep the public in the dark” club like Kimsey, Van Nortwick, Otto, and, Weber.

My Question is how much are these Political Hacks getting PAID to do this? You stupid RINOS NEED A Boot up your _________

I agree Joel says it’s not the democrats? How does he know? I’ll tell you all how he knows. He’s full blown RINOI and he runs the ground game when he has enough courage to exit his own basement/ PCO 940 LD14 6 years active board member. I have there corruption figured out friends.

Yes Glenn…. You are a STRONG VOICE OF TRUTH IN CLARK COUNTY!!!! Keep up the Good work!!! 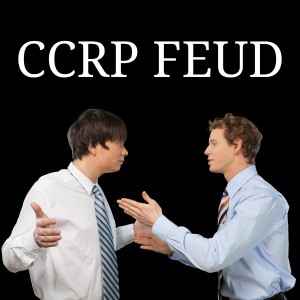 Kathy McDonald isn’t the only Democrat living within the walls of the CCRPCC. I have a list for the PCO’s that should be concerned? They just need to wake up to the facts.