Editor’s note: This story was originally published by Lacamas Magazine on Fri., April 3. It is published here with permission from and full attribution to Lacamas Magazine (www.LacamasMagazine.com) and Editor Ernie Geigenmiller. Minor edits have been made to reflect the Camas City Council meeting took place on Mon., April 6 and the purchases were approved.

CAMAS — The city of Camas North Shore Legacy Lands project is a 30-year initiative focused on establishing a fully connected recreation and conservation corridor around Lacamas Lake. At a meeting, held April 6 in a virtual format, members of the Camas City Council approved motions to ratify the time-critical final steps to closing on the last two parcels of land included in this long-term community project.

The existing Lacamas Lake recreation and conservation corridor includes 880 acres on the south, east and west sides of the 320-acre Lacamas Lake. The final 87.7 acres, is intended to become part of 159.3 acres on the North Shore acquired over the last two years through donations, purchases and Conservation Futures funding. The Pittock-Leadbetter House, built in 1901 by The Oregonian Newspaper publisher Henry L. Pittock, is considered a highlight of the acquisitions.

“These final properties would provide key links to the trails and lands already acquired, significantly expand public access to active and passive recreation and create conservation areas on the north side of the lake,” said City of Camas Parks and Recreation Manager Jerry Acheson, who oversees the North Shore Legacy Lands project, prior to Monday’s meeting.

One parcel proposed for acquisition is the Rose property, at a purchase price of $12.5 million, comprising 54.45 acres with 1,600 feet of shoreline, open fields, environmentally sensitive areas, forested hillsides and access to Lacamas Lake. It has been marketed to private buyers as prime land for commercial and residential development offering lake-view lots, water access and proximity to schools.

The second parcel approved for acquisition is the CJ Dens property, at $4.5 million, totaling 33 critical acres that include shorelines, boat launch parking area, forested hillsides, unique rock outcroppings and access to Lacamas Lake. The property is part of an 83-acre, 289-lot residential development currently for sale.

“We could not be more thankful,” expressed Acheson. “The generosity of the Camas-Washougal Wildlife League and the private landowners will ensure access, recreation and conservation for generations to come.”

Anticipated uses for the North Shore Legacy Lands include closure of Leadbetter Road to vehicular traffic and completion of the seven-mile loop trail around Lacamas Lake with connections to existing trail networks, nearby schools, neighborhoods and places of employment. Also planned are new trails, water access points, recreation areas and historical features.

In addition to protecting the natural and recreational areas, the North Shore Legacy Lands project celebrates several decades of foundational work laid by the city, Clark County, the state of Washington and the Columbia Land Trust to:

The vision for the North Shore Legacy Lands project was borne from input from citizens, stakeholders, city staff and key conservation partners. It reflects a variety of City, County and regional plans, including the Clark County Conservation Areas Acquisition Plan; the city of Camas Parks, Recreation and Open Space Plan; the Lacamas Corridor Master Plan and the city of Camas Strategic Plan. 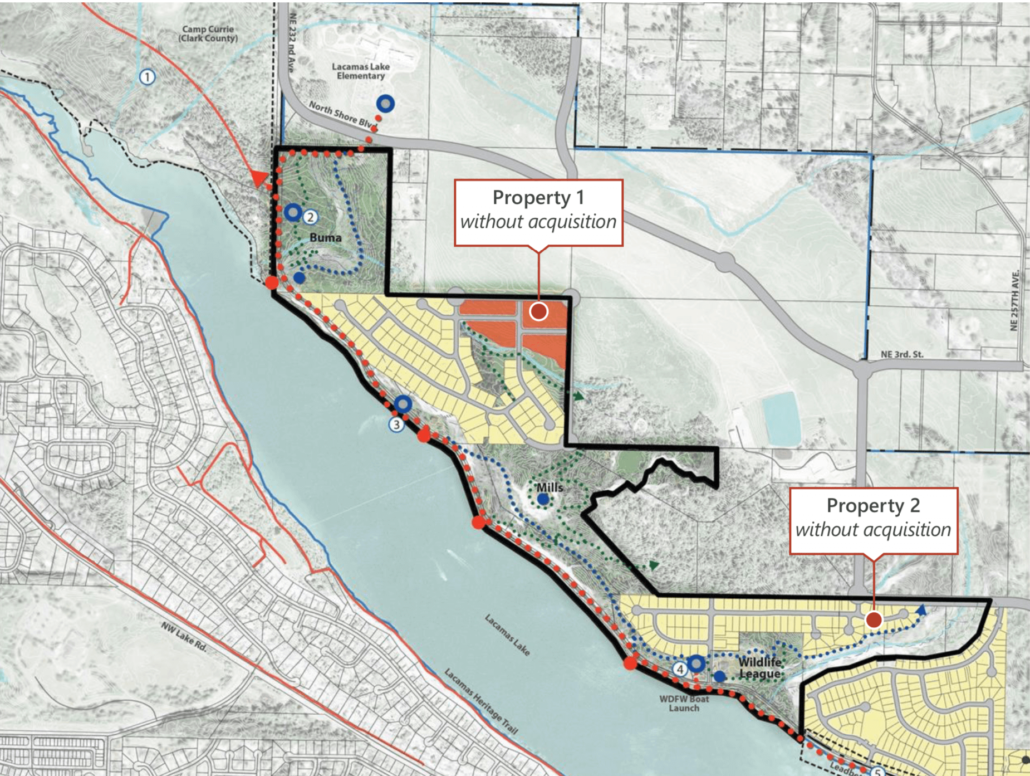 According to city officials, the timing of finalizing the last acquisitions is based on the terms of the purchase and sales agreements and cannot be postponed without penalty and threat of losing the properties. The funds being used to purchase the lands cannot be legally reallocated to general services, including emergency aid related to COVID-19. For more information related to the financing of the North Shore Legacy Lands project, see the April 1 video (link provided below) featuring Mayor Barry McDonnell, CFO Cathy Huber Nickerson and Council Member Steve Hogan, starting at 05:17.

Questions about the North Shore Legacy Lands project may be directed to (360) 834-6864 or administration@cityofcamas.us. 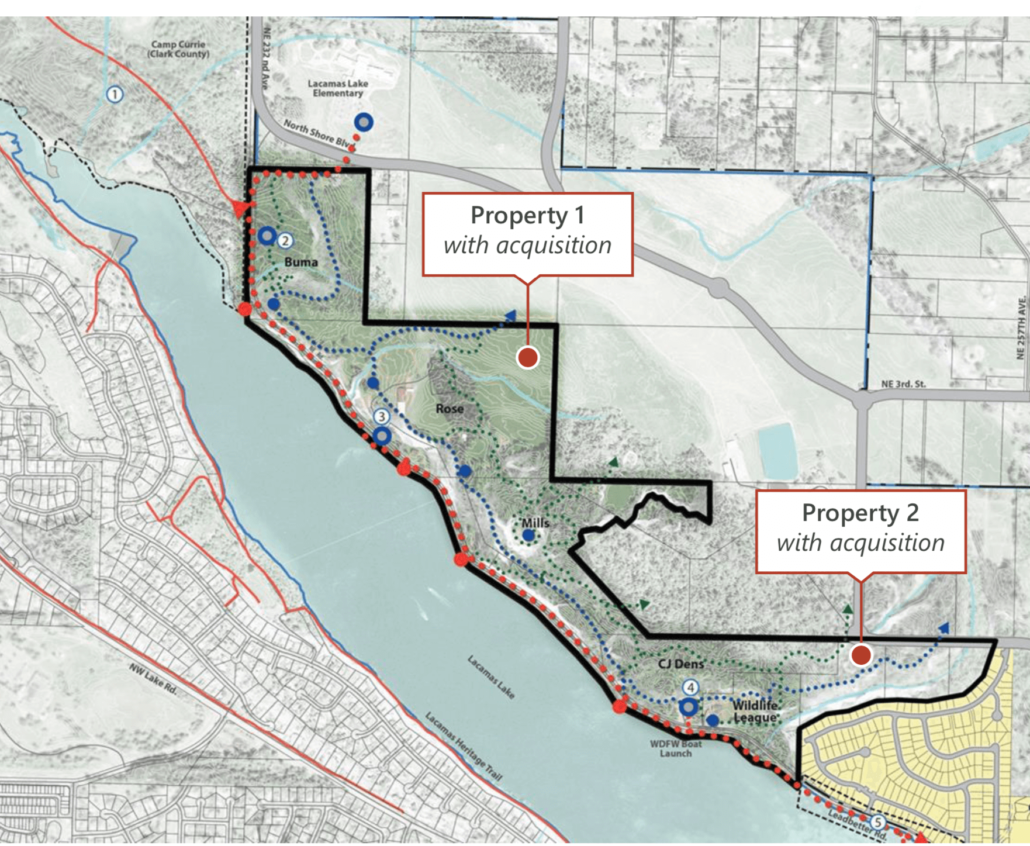