VANCOUVER — The customary response for most when a fast food restaurant opens in Clark County is a drive by and the thought that, huh, nice to have one of those in our neighborhood.
There is an exception, as evidenced by a fully patrolled lot for days after Chick-Fil-A opened its first restaurant in Clark County earlier in September.

Chick-Fil-A has a following that rivals In-N-Out. The national chain just recently made an entrance into the Portland-Vancouver market, opening Oregon stores in Hillsboro and Clackamas earlier this year. 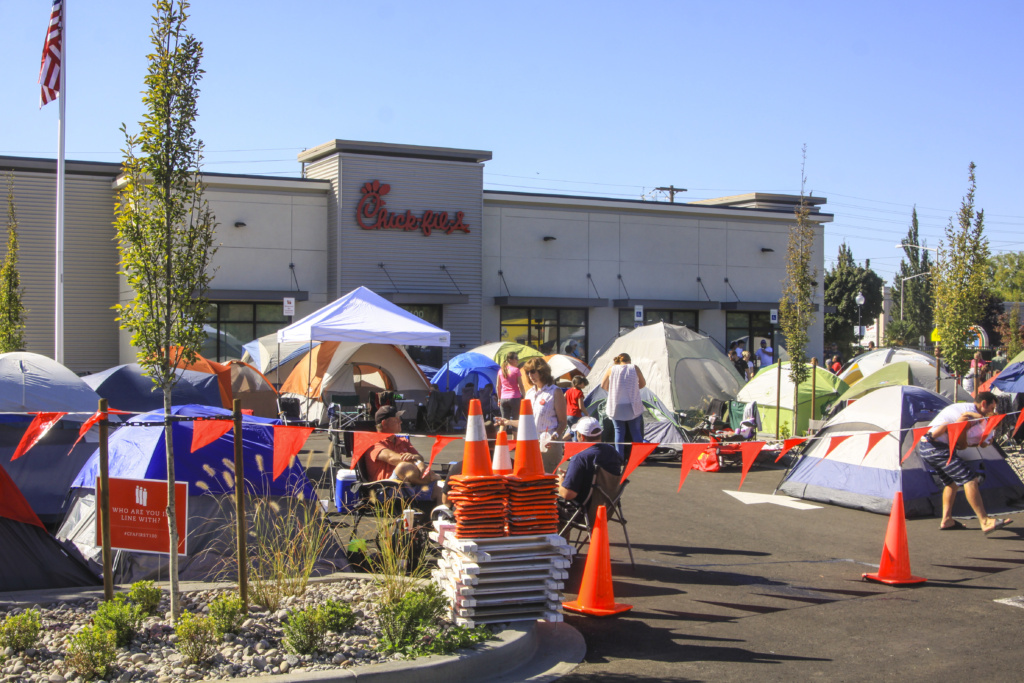 The first day at the Vancouver Chick-Fil-A, located on the corner of 164th Ave. and Mill Plain Blvd., was proof that this is no ordinary fast food restaurant opening.

The parking lot at Chick-Fil-A looked like a KOA Kampground. Scores of tents were erected, as eager customers awaited the store’s 6 a.m.. opening of the popular chicken restaurant.

One grand opening feature for all Chick-Fil-A is free meals for a year to the first 100 customers. It’s no wonder people began lining up midnight the previous day — some 30 hours before the official opening — to get their shot at a year’s worth of free grub.

Three Hazel Dell men decided they wanted to be first in line. The adventure started around 11 p.m., when Taylor Olson and Nick McRainey called their friend Matt Philibert.

“I was about to go to bed, and they said, we’re going on a camping adventure. Be ready in 20 minutes. I said, alright,” Philibert said.

Soon thereafter, Philibert found out he was headed to a Chick-Fil-A parking lot, not a campground.

“I didn’t even know what Chick-Fil-A was, but they said the food was good, so I thought, hey, OK,” Philibert said.

When they were turned away at the Chick-Fil-A parking lot at midnight, they went across the street to the Olive Garden parking lot and threw a football around for a couple hours. Then they sat on the sidewalk in lawn chairs until 6 a.m., when the restaurant parking lot opened. They stood alone, the first three in line, until 8:30 a.m., when others began arriving.

By early afternoon, more than 100 people were in the Chick-Fil-A parking lot, their numbers secured.

McRainey is the only one of the three who had previously been to a Chick-Fil-A. But by early afternoon, those in line were being fed by the new restaurant. Olson and Philibert immediately understood why the food was so popular.

Free food for a year sounds even better. The first 100 eligible adult customers will be given a digital card, loaded with free meals for a year. 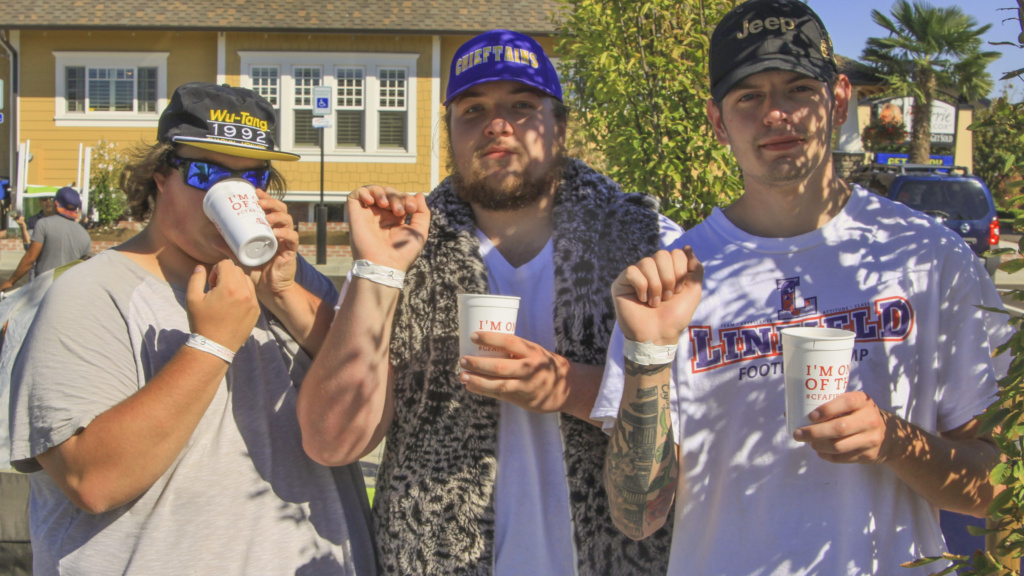 Chick-Fil-A says it has given away some $27 million in its “First 100” promotion during the past 13 years of restaurant grand openings.

The Vancouver Chick-Fil-A is owned by John Dombrowski, who recently moved to Clark County with his wife Aubrey and three children. Dombrowski, an Air Force Academy graduated, has worked for Chick-Fil-A for the past five years.

The new Chick-Fil-A seats 110 customers, offers free wireless for its guests, and is open from 6:30 a.m. to 10:30 p.m. Monday through Saturday. All Chick-Fil-A stores are closed on Sunday.