WOODLAND — There is a picture of them as ball boys for the Woodland Beavers. Wyatt Harsh was in the third grade at the time; Tyler Flanagan in second.

So yes, this 2017 season is going to be special for them, the last time together on the field for the Woodland High School football team.

Harsh, now the four-year starting quarterback, will be trying to find his top target, Flanagan, for the final time as high school teammates.

Sure, Flanagan will have one more season at Woodland, but this is one last chance for the Harsh-Flanagan connection.

“Growing up, playing in youth league, always wanting to run out on Friday nights in front of that crowd, and now it’s my final year as a Beaver,” Harsh said. “It’s surreal in a way. I want to make it memorable.”

Getting the ball to Flanagan has a way of creating big moments.

Flanagan, on the other hand, credits his quarterback for putting him in position for causing the defense’s joints to ache.

“He has put in a bunch of work. His accuracy is incredible. I always trust him,” Flanagan said. “And he’s a great captain.”

In one of the most competitive leagues in the state, is this the year the Woodland Beavers claim a 2A Greater St. Helens League championship? That’s the goal, the only goal, going into the campaign, the quarterback and wide receiver say.

“I think we’re loaded at the skill positions. Our quarterback is a stud, and I think we have the best player in the league in Tyler Flanagan,” said Mike Woodward.

“They’re just fun to coach. They have great attitudes,” the coach added. “A lot of superstars can dog it in practice. Not these two. They’ve worked hard for everything they’ve got.”

Now it is about performing up to those expectations.

“I just appreciate he thinks that highly of me,” Flanagan said. “I trust he’ll get me the ball so I can try to prove him right.”

As a sophomore, Flanagan had more than 600 yards receiving and more than 500 rushing yards, combining for 11 touchdowns on offense. He also was an all-league returner. Harsh, meanwhile, was first-team, all-league quarterback as a junior.

With Flanagan expecting plenty of attention from defenses this year, look for junior wide receiver Alex Bishop to step up his game. Jacob Flanagan, an all-league defensive end last season, also expects to get plenty of playing time at wide receiver.

Jack Wear will lead the offensive line for the Beavers.

Defensively, senior Brock Murray is not the typical size of a linebacker but is “tough as nails” according to Woodward. Wear, too, is a linebacker. The coach also expects big things from defensive back Anthony Clifford, a junior.

While confidence is high, and these Beavers do expect to win, they also acknowledge this league is loaded.

Defending champion Hockinson has most of its weapons returning. Of course, Woodland beat Hockinson last year. Then again, Columbia River and Washougal topped Woodland. Yes, it was one of those kind of seasons.

The Beavers believe every Friday will be like that again.

“It puts the pressure on,” Flanagan said.

“It ups your level of play,” Harsh added.

If the Beavers have upped their play from a year ago, perhaps it will mean a playoff berth. Harsh has been there with the Beavers, helping the team to an 8-2 record as a freshman. Flanagan, though, has not been to the postseason in his two years. Last year, the Beavers tied for second place in the league but lost the playoff bid via tiebreaker.

After years of being on the sideline, growing up dreaming of big things together with the Woodland Beavers, this is their last year together.

This is their final opportunity to make a connection on the football field in November. 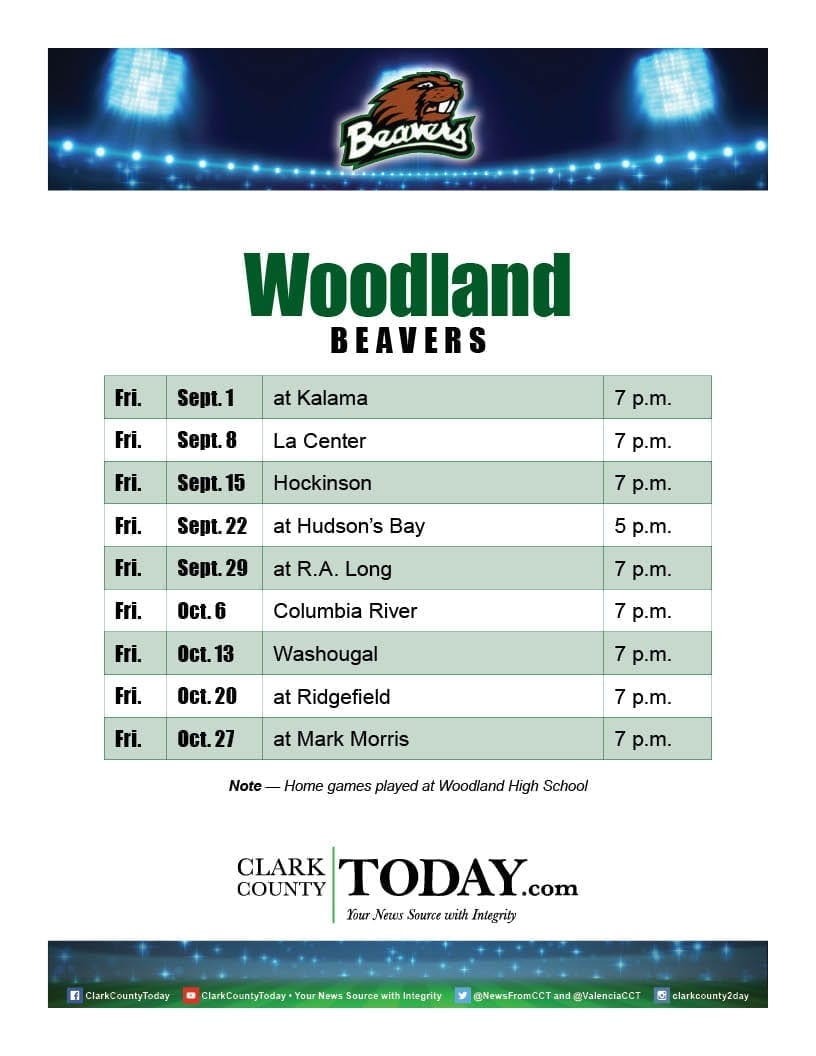