In those games, Harrison learned a lot about himself, his team, and this upcoming season.

The Ridgefield Spudders do not have to be the biggest team in the league to compete. They do have to put in the work every day, not just most days. And they have no reason to doubt themselves. They have been there.

Harrison dominated for much of the season from his linebacker position, being voted as a first-team, all-leaguer in the Class 2A Greater St. Helens League.

In Week 5, he had two sacks and an interception against Washougal, but the Panthers would win by six.

“That was a really tough game, with how hard you worked and to not come back on top like we should have,” Harrison said. “That lit a fire to keep pushing, so that wouldn’t happen again.”

The next week, the Spudders held Mark Morris to a single touchdown for a victory.

That is when Harrison really felt he belonged. Not just as a sophomore, but simply as an impact player on varsity.

“I figured out I can handle this. I can do what I want with my skillset,” Harrison said. “But I don’t want to be outworked by anyone.”

Then in the final game of the season, with Ridgefield out of playoff contention, the Spudders had a chance to play spoiler. They could keep Columbia River from sharing a league title.

“It was intense,” Harrison said. “Our mindset switched. Might as well go finish right now. We walked in really confident. It didn’t matter how big the other team was. We can beat them.”

Ridgefield got it done with a 22-17 victory, its third win in the final four weeks to finish league play at 3-3.

That was the one. The Game. The result that really has the Spudders thinking big going into this season.

“If we would have played like that the whole season we could have definitely accomplished a lot more,” Harrison said.

Even today, that game is a rallying call.

“I’ve been telling the guys, ‘Remember how we felt after that River game.’ I think we’re going to carry over that intensity to this season,” Harrison said.

The confidence also comes with having played a season under a new coach. The Spudders are more comfortable now. Kim Ulman took over as head coach for the 2016 season and had only five seniors on the roster. It took some time, but the Spudders got things going in their favor.

That just makes 2017 even more promising for the coach.

Quarterback Dawson Lieurance returns to lead the Spudders offense. Jeremy Martin, who scored the game-winning touchdown in the final game of the 2016 season, is back, too

Makani Schultz and Kalvin Staker are expected to shine on the offensive and defensive lines.

Of course, Harrison will be anchoring that defense.

“He’s always making plays,” Ulman said. “The greatest compliment he receives comes from the other team. ‘That No. 44 is a beast.’ The fact other coaches were noticing him, that’s the big compliment.”

This summer, Harrison went on a tour to get more coaches to notice him — college coaches.

Besides going to the Linfield camp with his team, he participated individually at five other camps. At Eastern Washington University, he was given an award for being one of the top three linebackers there.

Harrison has plenty of time to figure out his plans. Remember, he is starting his junior year of high school. But at 6-foot-2, 235 pounds with speed, he said he has a goal of a Division I scholarship.

He also is getting advice from his cousin, Drew Clarkson, a former Camas star who played for Oregon State.

“Hearing it from him makes me want to do it 100 times more,” Harrison said.

Brock Harrison is ready to help Ridgefield continue its progress from a year ago. In the process, he wants to place himself in a good position for a future in this game. 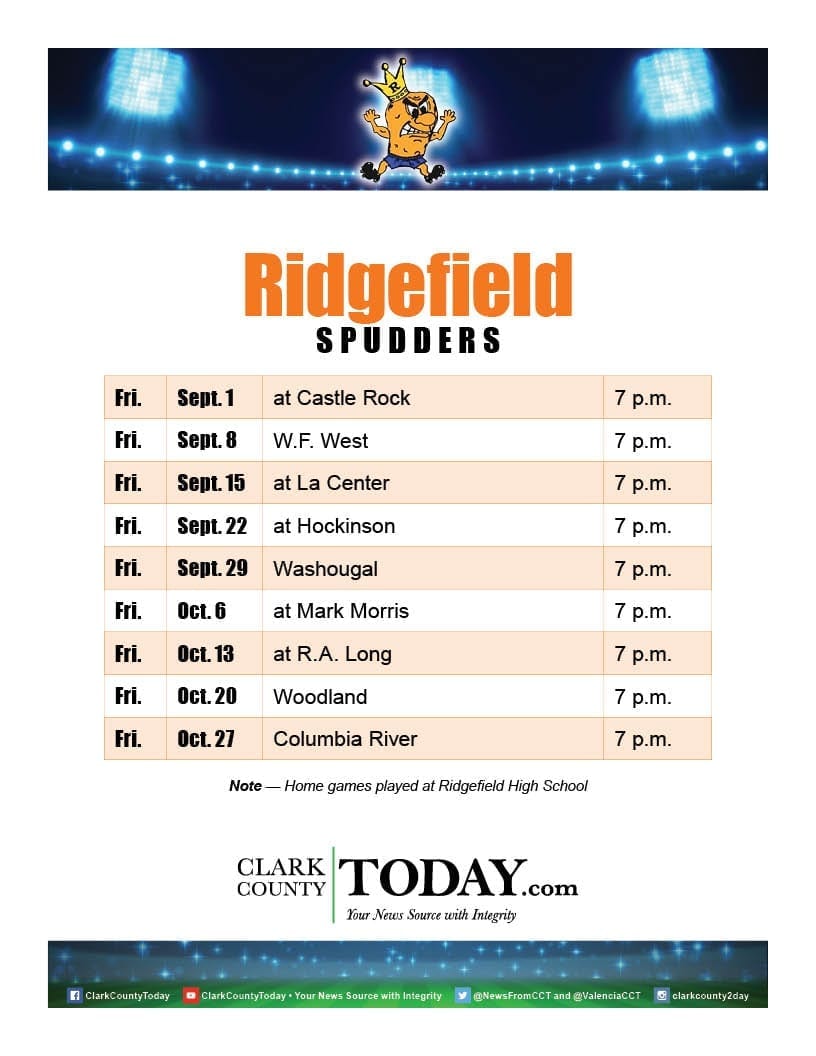