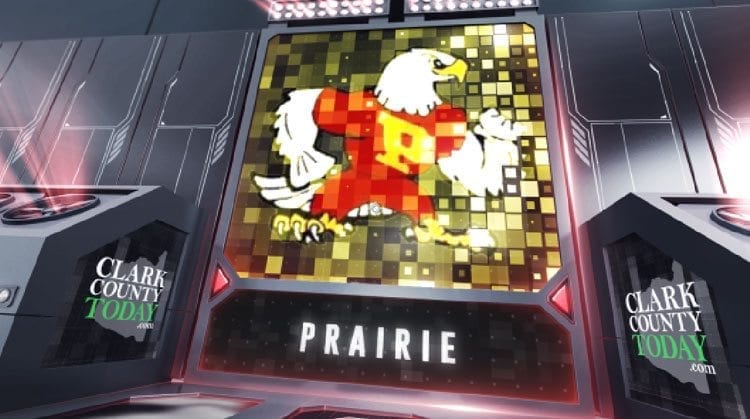 The Falcons did get one more win this year than in 2016 but lost in a tiebreaker to miss the playoffs.

Prairie coach Kevin Baker has resigned as the head of the Falcons’ football program.

“High character guy,’’ Castro said of Baker. “We wish him nothing but the best.’’

“We started off not knowing what we were going to do,” Baker acknowledged.

A lot of new players, plus a new offense for those players to figure out in the offseason and into the regular season.

“It was a learning experience,” Baker said. “We had kids step up that surprised some people. I don’t think people were thinking we’d get this far this season.

“We improved all year.”

Baker gave quarterback Logan Reed the nod for MVP on the offense, throwing for three touchdown passes and more than 200 yards in the final full game of the season, a win over Fort Vancouver.

Defensively, he said the whole unit played solid in the shutout. A.J. Dixson had an interception return for a touchdown.

Prairie did get one last contest to celebrate when the Falcons won the first of two mini-games in the third-place tiebreaker Monday night. The Falcons beat Evergreen 7-0 before falling to Hudson’s Bay.

On Evergreen’s first possession, Jake Bobst had a tackle-for-loss on one play and then Trajveion Douglas had a sack for a loss of 8 yards.

On offense, Logan Reed found Aaron Brumley for an 18-yard pass on third down, setting up the touchdown. Brumley ended up scoring on a 5-yard TD run.

Baker said he appreciated Brumley for his body of work this season, on and off the field.
“He stepped up. He talks. He leads by example. He’s steady,” Baker said. “He’s a hard worker in the weight room and just a nice kid.”