Soon after Camas lost a league game for the first time since 2009, I was asked which team has the longest current league win streak in Clark County.

Two teams share that honor now, but Mountain View has an ace up its sleeve to possibly win this hand.

Mountain View’s win over Evergreen last week capped a 5-0 3A Greater St. Helens League record for the second year in a row. The Thunder also won their last league game of 2015, giving them 11 consecutive league wins.

So, that would mean 11 league games in a row overall for the Thunder, but 15 in a row in the 3A GSHL.

Either way, that’s a lot of winning.

So we’ve got Mountain View and Hockinson tied (or kind of tied) and then it would be La Center in third. The Wildcats have won eight Trico League games in a row. Maybe nine if La Center counts a win in Week 9 of 2015 over Seton Catholic, but I don’t believe that was an official league game.

If you are not following Mountain View football on Twitter, it’s your loss. Whoever runs it has a great mix of information and fun. (Find it: @MVHSFootballTTT).

There is a Happy Halloween message: 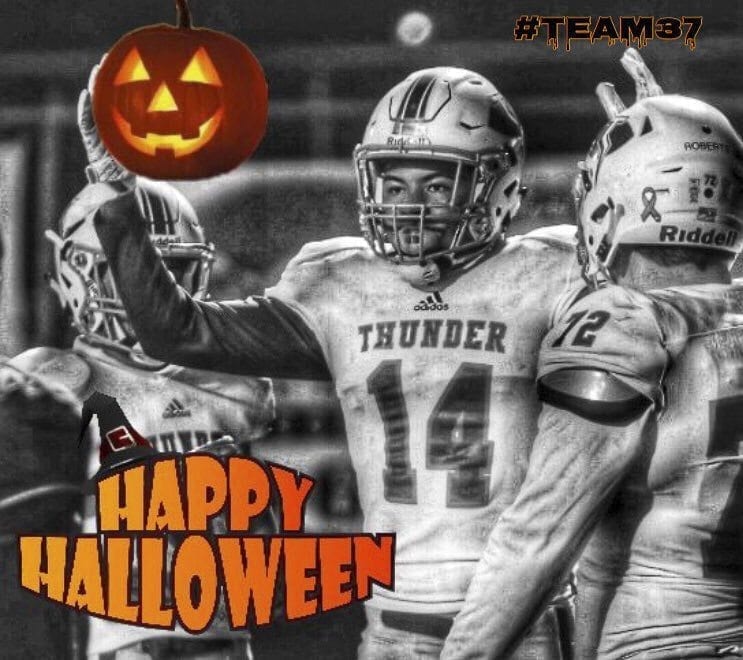 There is a photo of the older players forming a tunnel, congratulating the freshmen for their season. 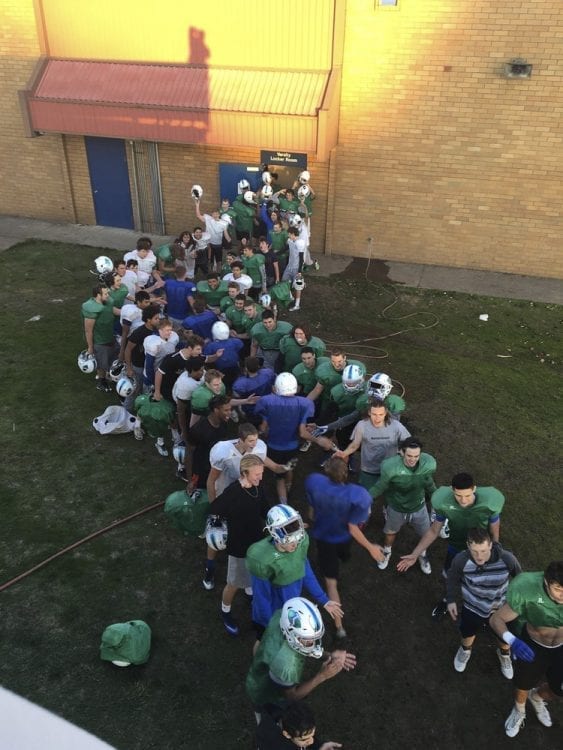 There is a photo of some of the Thunder players “on the road: to the Tacoma Dome: 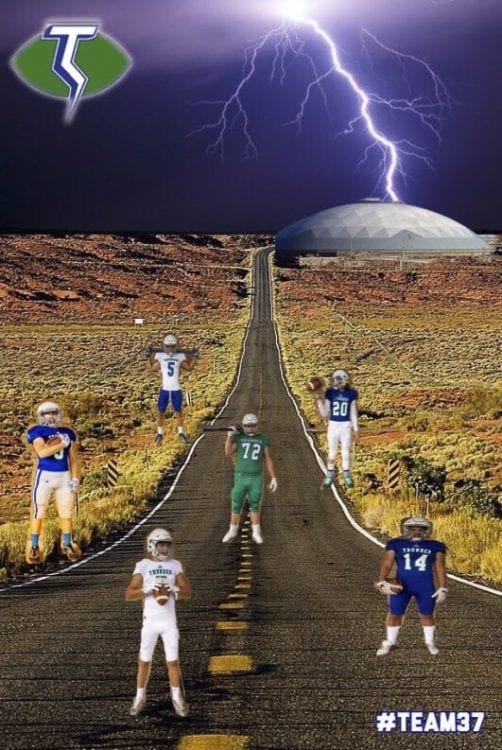 And there is a photo of a photo player wearing a league championship belt: 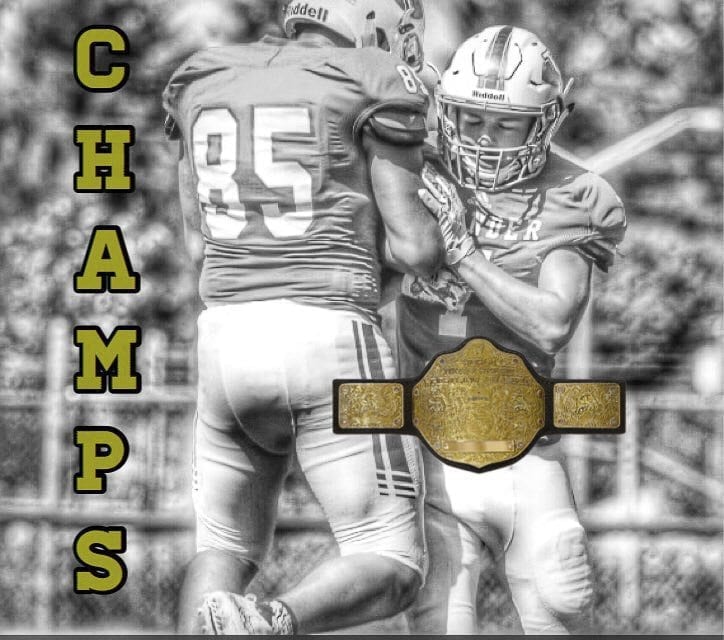 Mountain View completed its perfect league season in Week 9 with an easy win over Evergreen. A few highlights: Glen Perry Jr. rushed for more than 150 yards and ran for two touchdowns, plus he threw for a TD pass. Phillip Earnhardt returned two interceptions for touchdowns. Mountain View led 27-3 at the half and made it a running clock in the third quarter.

Lake Washington will head south to McKenzie Stadium to take on the 3A GSHL champs at 7 p.m. Saturday in a Class 3A state qualifier playoff. Winner advances to state. Loser is done.

If Thunder do advance they will be home in the first round of the state playoffs.

In fact, looking ahead, Mountain View would stay home throughout the playoffs should they keep winning, all the way, perhaps, to the semifinals. (Semifinal sites are not guaranteed to be at home stadiums, even for those teams on the bottom of the bracket. But likely the game would be played in Clark County or at least in a WIAA District 4 stadium.)

“We will be in for a big challenge,” Mountain View coach Adam Mathieson said. “They have an impressive defensive line. They are really balanced.”