HOCKINSON — The Racanelli brothers have one last high school football season together for the Hockinson Hawks.

They want to make it last, too.

“I plan on playing 14 games,” senior quarterback Canon Racanelli. “We just have the dudes this year. I don’t know how else to explain it.”

That would be nine regular-season games, plus five playoff games.

The Hawks return seven all-league players from last season’s league championship team — the program’s third consecutive league title. They have a third-year starting quarterback. They return the region’s top receiver, too. Oh, and that receiver accomplished that feat in his first season playing that position.

Of course the expectations are through the roof for these Hawks. Of course they have to consider the possibility of state championship rings.

But while they chase down that dream, they also want to ensure they have a memorable season. For the Racanelli brothers, that means enjoying this last fall of football together.

Their first season together on varsity last year was impressive.

Canon was named the Offensive Most Valuable Player of the Class 2A Greater St. Helens League after throwing 37 touchdown passes in 10 games. Sawyer was first-team, all-league as a freshman, with more than 1,000 yards receiving along with 12 touchdown receptions.

“We knew when he was in eighth grade he was flat-out varsity,” Canon said of his younger brother. “He could have played with us as an eighth-grader.”

Sawyer played quarterback in eighth grade but he described it more as a “glorified running back” because he ran more than he threw the ball. Quarterback was not his calling. That’s his older brother.

So moving on to high school, he had to figure out a position. A few months later, he had better numbers than anyone in Clark County, at any classification.

“Which is crazy, to think about it,” Canon said.

All the numbers are starting to make the head spin. Canon has 78 touchdown passes in his career, which puts him on pace for more than 100.

“He is special,” Hockinson coach Rick Steele said. “If he were 4 inches taller, we’d be talking about him going to a major college football program.”

At 6-foot-0, 180 pounds, Canon might not be the typical size of a big-time college quarterback but he still plans on playing somewhere next season.

“Just a freak,” Steele said. “He is going to be our next Division I kid that has come out of Hockinson. What I love about the kid is he is so laid back. He doesn’t know how much excitement there is around him. Just a goofy kid who works hard, scores touchdowns.”

This squad is loaded.

Ryan Sleasman, a three-year starter and all-league lineman in 2016, is the best pure blocker Hockinson has ever had, Steele said. High praise for a program that has produced D-I linemen.

Jake Beslanowitch, an all-league defensive lineman, will get to touch the ball on offense this season. His hands are so good, he was moved from tackle to tight end, giving Canon another big target.

There are so many athletes to pass the ball to that Hockinson switched one receiver to running back. Watch for Bailey Jones to put up impressive ground numbers this season.

Then there is Matt Henry, one of the top 10 receivers in the county last season. (Yes, Hockinson had two in the top 10.) Henry, like Sawyer, also caught 12 touchdown passes. Without knowing it, he also helped Sawyer become so good so fast.

“The way he led by example in practice,” Sawyer said. “When he ran his routes, they were super-crisp. I tried to mimic what he was doing.”

Then they did the same thing on the field. One game, Henry got most of the passes, most of the touchdowns. The next week, Sawyer was the top option.

“I’ve played with Matt since we were 5 years old,” Canon said. “We mesh on pretty much every passing play.”

The Hawks have the talent to make this a magical season.

“It feels like my sophomore year, with all the potential we have,” Canon said, referring to Hockinson’s 11-game winning streak to the state quarterfinals.

For Sawyer, it is all about doing his best for the seniors, especially his older brother.

“When he throws me the ball, I have to make him look as good as possible,” Sawyer said. “I want him to have his best season. I really want him to finish on top, with a state championship. Me, I’ll have two more years left. I want him to go out on top.”

Before you think this brotherly love stuff is way over the top, there is a rivalry outside of football.

They both play basketball and baseball for the Hawks, too.

Then there is the battle in fantasy football.

“Sundays are crazy in our house,” Canon said.

Last year, little brother got it done, while Canon was able to save some pride.

“Sawyer won the championship, but head-to-head, I was 2-0,” Sawyer said.

In real-life football, the Racanelli brothers are teaming up one more time, hoping to share a championship with the all of the Hawks. 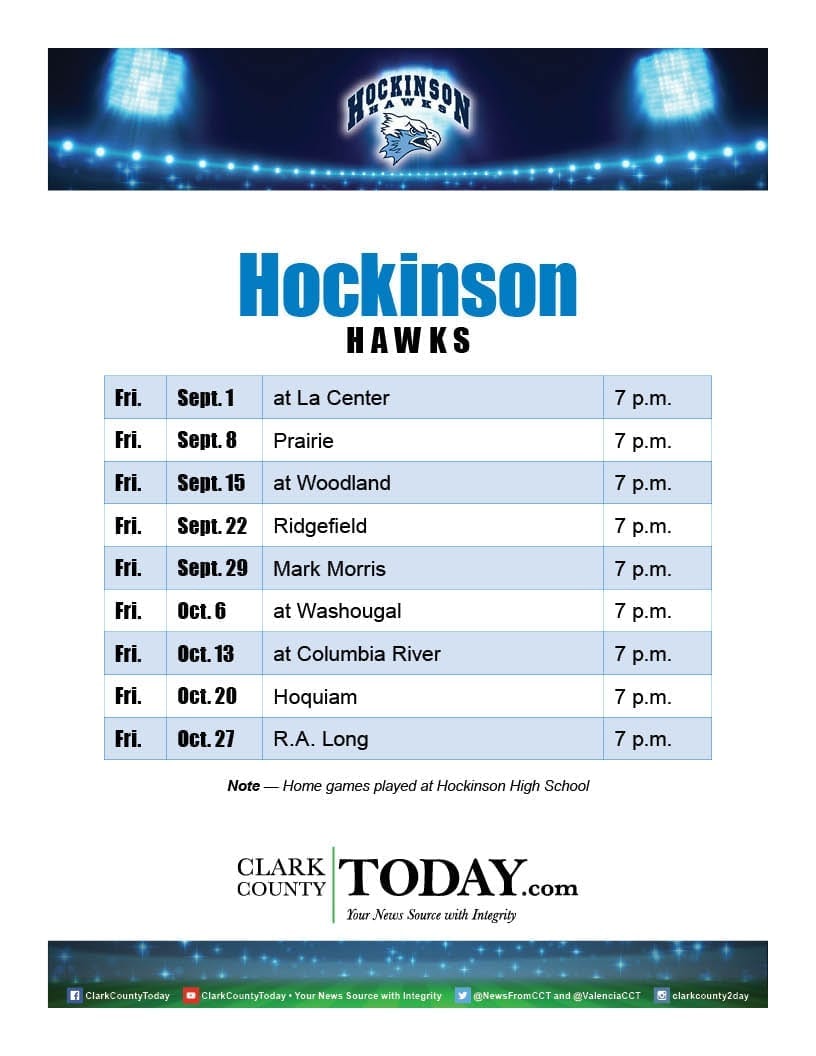