VANCOUVER — The seed was planted 21 years ago.

It was 17 years ago when the idea became reality.

Since then, The Giving Closet has kept growing, kept sharing, kept loving.

Recently, the Giving Closet shut its doors for about a month for a needed remodel. A week ago, the charity welcomed guests again to its 9,000-square foot facility.

“I was crying most of that day, hearing their voices,” said Reverend Denise Currie, the executive director of The Giving Closet, describing the buzz in the store during the grand reopening.

“We’re not done yet,” Currie said. 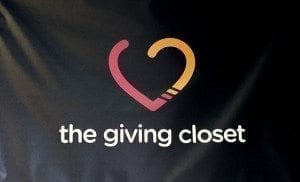 The Giving Closet is a place for those struck by hard times to shop for clothes, household items, and some food — all at no cost.

“No one should be hungry, unclothed, or unloved within our reach,” according to the charity’s mission statement. The store’s logo is an open heart, with the outline of the heart looking like a hanger.

Single moms. Single dads. The elderly. The homeless. All who are suffering from financial hardships are welcome at the Giving Closet.

While the Giving Closet cannot solve all the woes, a family that might otherwise have had to choose between clothing or paying a bill could get some relief from that stress after a visit.

Currie gave a tour to ClarkCountyToday.com, showing the operation from donation to display.

“We’ve truly been blessed by the generosity of the community,” Currie said.

“We’re just blessed to give. It’s all given so we can give.”

People can bring their used clothing and other household items to the facility at 2804 B, NE 65th Avenue in Vancouver. All donations are tax deductible. From there, the items are inspected for cleanliness and put in a staging area. Those items are ready to go on the floor to re-stock the inventory on the floor after a shopping spree.

Guests are allowed to shop once or twice a month, depending on need. There is a limit to what each guest can take from the store during each visit — varying for families, couples, and singles. For shopping times and other information, go to givingcloset.org.

“God tells us to give with open hearts. No strings,” Currie said. “That doesn’t mean we’re foolish about it.”

Picture identification for adults and social security numbers are required.

For the most part, though, common sense prevails. Those who are in need are welcome to use the store. Once they are no longer in need, it is hoped they would no longer use the service, Currie said.

Later this summer, the Giving Closet plans on having a “Back-to-School Bash.” Helping children is one of the driving forces behind the store.

“I believe the first day of school is the roughest for poor kids,” Currie said.

She has not forgotten her own childhood.

She has used those memories to continue to serve.

In 1996, Currie traveled to Calcutta, India, to be part of a group that helped Mother Teresa’s mission.

“It was life-changing,” Currie said. “So much poverty, starvation. It’s overwhelming. The nuns walked out everyday into the streets to find babies who were thrown away.”

Mother Teresa was thankful for the help, but she also told the leader of the group to serve “in your own backyard.”

It was during this time, Currie said, a seed was planted. To serve Vancouver.

“When I came home, the vision came into place,” she said.

Currie started the Giving Closet in 2000 using some attic space at what was then called the First Church of God on 78th Street, where she was a reverend. It was maybe 500 feet. Soon, the charity outgrew that space and moved into a 1,000-square foot rental house.

The need continued to grow.

In 2011, Currie left what is now called Vancouver Church to run the charity.

The Giving Closet also moved into one building at its current location. Then it took over two buildings. And now it uses three.

There are three employees and 125 volunteers who make the Giving Closet work.

Jen Choate, the office manager, said she is proud of the store’s allotment of plus-size clothing. Years ago, a person of size was in urgent need of clothes that would fit. Choate contacted Casual Male and DXL, and now those companies donate regularly.

Vicki Coogan, the store’s executive assistant, noted the store’s outreach to the elderly. The Giving Closet has contacted many of the assisted living centers in the region and many honored citizens are bussed to the facility.

Plus, there is the weekly bread donation from Franz Bakery.

As far as donations from the general public, the Giving Closet has a simple philosophy in terms of the condition of the items.

“If you would wear it, you can give it. If you wouldn’t wear it, don’t give it to someone else,” Currie said. “We are blessed. We get wonderful donations from people.”

The Giving Closet also wanted a special place to display those items. That led to the recent remodel, which included a new paint job and the store’s logo.

“I want people to feel like they are respected,” Currie said. “Become our guest.”