A few Clark County races are still too close to call; which way will they trend?

EDITOR’S NOTE: Since the writing of this editorial, Eileen Quiring has moved ahead of Eric Holt by 254 votes in the race for county chair. An estimated 30,000 votes are expected to still be counted.

I’ve shared with you before that one of my all-time favorite TV series was “The West Wing.’’ Last night, as I poured over the initial results of the Nov. 6 general election, my mind immediately went to an episode of the aforementioned series.

In the 2002 episode entitled “Day of Jubilee,’’ Rob Lowe’s character, Sam Seaborn, was anxious about early returns from a Congressional race in his home district in California. The Democratic candidate, who by the way had died prior to election day, was unexpectedly leading in exit polls. Seaborn cautioned an optimistic Will Bailey, who was the deceased candidate’s campaign manager, offering “a nickel’s worth of free advice,’’ telling him that Democrats vote early, as do “die-hards.’’ After getting off the phone from his call with Bailey, Seaborn proceeds to ask others in the White House if his premise is correct, and others quickly agree.

The obvious reason the episode popped into my conscience Tuesday night is that at least a few of the high-profile races in Clark County are still too close to call and likely will be determined in the next few days. In the race for County Chair, Democrat Eric Holt leads Republican Eileen Quiring by 1,230 votes with 45,000 ballots expected to still be counted. In the race for the Legislative 17th District, state representative position 1, Republican Vicki Kraft leads Democrat Tanisha Harris by 575 votes. And in the Legislative 18th District, position 2 race, Republican Larry Hoff leads Democrat Kathy Gillespie by 1,973 votes.

I have no idea if the premise is true or not. I’m not enough of a political pundit to know for sure and a quick search of the internet doesn’t offer any empirical evidence. However, there is some recent examples that it just might be true, at least in Clark County.

In 2014, Democrat Craig Pridemore led Republican Jeanne Stewart after the initial returns were released in the race between the two for county commissioner. Pridemore had 51.3 percent of the votes and Stewart had 48.5 percent. Stewart rallied in the days that followed and ended up winning by about 600 votes.

A similar thing happened in 2008, also in a race for county commissioner,  when Republican Tom Mielke scratched out a win of about 200 votes over Democrat Pam Brokaw, who appeared to be the winner after the early returns were released.

Stay tuned to ClarkCountyToday.com this week for daily updates on the races I mentioned above. The Clark County Elections Department will release new totals each day.

We’re all guilty of remembering the present so much clearer than the past, but I’m hard-pressed to remember a more hotly contested race than what took place in this election for the 3rd Congressional District seat held by Republican Jaime Herrera Beutler, who appears to have survived a fierce challenge by Democrat Carolyn Long, a Political Science professor at Washington State University Vancouver.

Again, there are likely past examples that I’m overlooking, but Long’s attempt to deny Herrera Beutler a fifth term in the U.S. House of Representatives was as aggressive as anything I’ve witnessed in a long while. Long raised over a million dollars more than Herrera Beutler ($3.85 million). In the weeks leading up to Tuesday’s general election, it seemed I couldn’t turn on the television without seeing an aggressive Long commercial challenging Herrera Beutler on one issue or another.

Statewide results released Tuesday night showed Herrera Beutler with 52.25 percent and Long with 47.75 percent of the votes. However, in Clark County, Long was leading the incumbent. In Herrera Beutler’s last three campaigns, she won by at least 20 percentage points. So, even though it appears she will prevail once again, it’s obvious Long’s bulldog-like tactics were somewhat successful, even though they didn’t resonate with me. 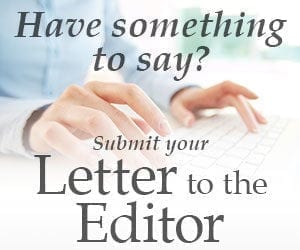 In a press release issued from her campaign Tuesday night, her camp indicated that “Long secured an impressive 47.75% of the vote on election day, a testament to the grassroots energy Long unlocked among Democrats, Independents, and disaffected Republicans in Southwest Washington alike but the race is too close to call.’’

If Herrera Beutler does head back to Washington, DC, for a fifth term, she will serve in a House of Representatives with a Democratic majority. It will be interesting to see how she performs in that environment. In her career, she hasn’t exactly pleased the conservative-side of the Republican Party.

FreedomWorks describes itself as being a group of “over 6 million Americans who are passionate about promoting free markets and individual liberty. Our members all share three common traits: a desire for less government, lower taxes and more economic freedom.’’ The group keeps a key voting record scorecard on issues they’re most passionate about. Since 2011, Herrera Beutler has a grade of just 57 percent, even though her grade from the 115th Congress (2018) was 75 percent.