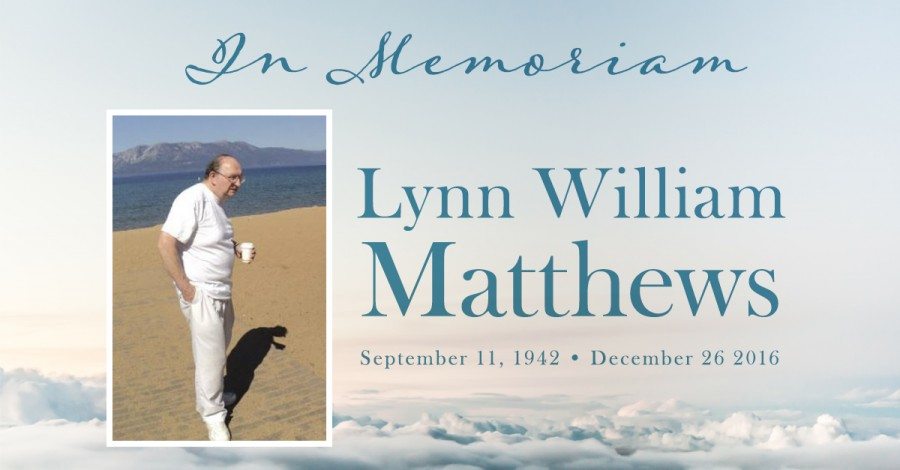 Lynn is preceded in death by his parents, Melvin and Frances Matthews; and brother, Donald.

Lynn grew up in Wenatchee, Washington and was an alumnus of Central Washington State College. Over the years Lynn worked in several careers including: Teaching at Washougal High School; Sports, Arts and Entertainment reporter/writer at The Columbian Newspaper; Maintenance Crew for Delta Airlines, and finally as a Ticket Agent with Metro.  He was an active participant for many years in the Greater St. Helens League serving as secretary.

Lynn was a gentle, kind, generous, loving man and a faithful friend. His passions were the arts and sports. He could tell you anything you wanted to know about either subject. He was a supporter of all the local high school sporting events, attending as many games, matches and tournaments as possible.  He was quick to share stories of his time as wrestling coach at Washougal High School and always encouraged aspiring wrestlers.  He loved the theater, attending plays and concerts in Oregon and Washington and on occasion traveling to New York and Canada to attend Broadway productions.